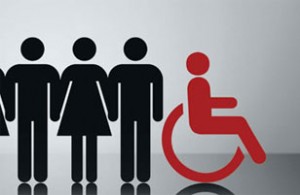 Every person should bear in mind that he can never change his inability or escape Allah’s fate and thus he should try his best to make his life better and turn this sore lemon into sweet honey.

Man’s life is a full record of hardships and tribulations. In this sense, Allah says:

“We create man from a drop of thickened fluid to test him.”(Al-Insan 76:2)

When man looks upon these tribulations and afflictions as being a test from Almighty Allah to see his true colors, he will come to know that there is a great divine wisdom behind all these tests. This is surely an absolute fact, whether we know it or not.

It is also a great thing that Almighty Allah, when depriving a person of a certain ability or gift, compensates him for it, by bestowing upon him/her other gift, with which he excels others. That is why we see that those people who are deprived of sight, have very sensitive ears that they can hear very low beats or movements around them. They are given excellence in many other abilities to compensate their imperfection.

If a person adopts this view, he will surely find rest and get contented with the test posed on him by Almighty Allah. Every person should bear in mind that he can never change his inability or escape Allah’s fate and thus he should try his best to make his life better and turn this sore lemon into sweet honey.

This inability should be a motive to creativity and excellence in any field of life. A disabled person should make his condition an impetus towards being distinguished and prominent in the society.

How to Overcome Disability, Become an Active Member in the Society

In order to be an active member in the society, a disabled person needs to be fully aware of his surroundings and the nature of his disability. In addition, it is incumbent on the society to offer a helping hand to all those people.

Islamic history has a shining record of many examples of people who, while having some kind of disability, occupied very excellent positions and prominent status in the society. `Atta’ ibn Abi Rabah, who was known of being black, lame and paralyzed person, was the greatest Mufti in Makkah. He was highly honored by `Abdul-Malik ibn Marawan, the Muslim caliph of that time. His vast knowledge earned this prestige.

Also, we know the story of the great Companion `Amr ibn Al-Jamuh, who was also lame. His four sons, when participating in Jihad, said to him: ‘You have an excuse to remain at home, for you are old and you have a kind of disability.’ With full confidence and trust in Allah, he said to them: ‘Nay, for I hope to walk in Paradise with my lame foot.’ Commenting on this, the Prophet (peace and blessings be upon him) said to them: ‘Leave him! He is a man who seeks martyrdom.’

Almighty Allah guides all Muslims not to leave those disabled in isolation lest they fall a prey to despair and psychological ailments. They should be welcomed to the open society and be dealt with in the kindest way.

Society’s Duty towards People with Disabilities

Now, it is the duty of the whole society to establish schools for those persons and secure them due care so that they become good members of the society and that they benefit themselves and their families. In the West, great care is shown to the disabled.

It is duty of we Muslims to shoulder the responsibility of showing the utmost care to those people, for, according to the teachings of our religion, those persons are sources of divine mercy and blessings being showered on us now and then. They are the weak for whose sake we are given sustenance and made victorious.

In his hadith, our Prophet (peace be upon him) said: “You are given sustenance and victory for the virtue of those who are weak amongst you.” (Abu Dawud)

If those Westerners show mercy and care to the disabled out of human motives, we, Muslims should do so out of both human and religious motives. In Islam, we are commanded to show mercy to everything in this world. Remember the words of the Prophet:

“Show mercy to those on earth so that He Who is in the heavens (i.e., Allah) bestow mercy to you.” (At-Tirmidhi)

Dr. Yusuf Al-Qaradawi is an Egyptian Islamic theologian. He is the President of The International Union for Muslim Scholars (IUMS) and the Head of the European Council for Fatwa and Research (ECFR). He has been active in the field of da`wah and the Islamic movement for more than half a century, with more than 120 books published. He is considered one of the most influential Muslim scholars living today.

One thought on “Islam and People with Disabilities”