Islamic Shari`ah and the Principle of Hardship Removal 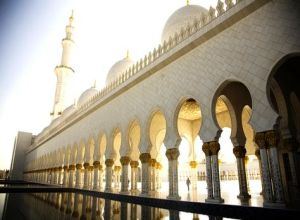 Sometimes, it is not practical to prevent certain matters in real life either because they are insignificant or because the environment and circumstances do not allow avoiding them

Allah Almighty brought down revelation and initiated rulings to protect the human race and to fulfill humans’ needs in harmony with their natural inclination (Fitrah) through incorporating ease into the Shari`ah and freeing it from any strains. Allah said:

“Allah would not place a burden on you, but He would purify you and would perfect His grace upon you, that ye may give thanks.”[1] (Al-Ma’idah 5:6)

In another verse, Allah also said:

“He has chosen you and has not placed upon you in the religion any difficulty.” (Al-Hajj 22:78)

The life of the Prophet (peace and blessings be upon him) was a true demonstration of this theme. `A’ishah (may Allah be pleased with her) described the Prophet by saying: “When the Prophet was to make a choice between two matters he chose the easier one as long as it was not a sin.” (Al-Bukhari)

And when the Prophet (peace and blessings be upon him) sent Abu Musa and Mu`adh to Yemen, he told both of them: “Give glad tidings (to the people); do not create (in their minds) aversion (towards religion); show them leniency and do not be hard upon them.” (Al-Bukhari)

Six situations are marked by the Shar`iah’s principle of ease and removal of hardship, namely illness, travel, forgetfulness, being under coercion, ignorance and general non-preventable problems.

The term used in Shari`ah for the concessions granted in these situations is “rukhsah“, translated as exemption, license, permit or unconstraint. The opposite of rukhsah is called `azeemah, translated as decidedness or acting on the original ruling.
There are levels of rukhsah, for not all exemptions are the same:

1. Choice is neutral; it is up to you to take advantage of the rukhsah or to apply the original rule (`azeemah). An example for this is the breaking of fast while traveling.

3. `Azeemah is preferred; it is better not to use the exemption but there is no liability if used. An example is a situation where one, under coercion, curses or uses foul words against God or the Prophet (peace and blessings be upon him).

4. Rukhsah is a must; it is an obligation to use the exemption. An example is to drink wine to quench one’s thirst if death is feared and no other liquid is available.

Here are some examples for each of the areas in which the hardship-removal principle is applied:

Muslims trust God’s wisdom in the troubles that people go through in life including sickness. The Prophet (peace and blessings be upon him) spoke of the reward that a person can gain by practicing patience when tested by afflictions like illness. He said: “Nothing touches the Muslim whether fatigue, illness, stress, sadness, harm or distress even the (pain of a) thorn that pricks him, but Allah would erase some of his sins for that.” (Al-Bukhari)

Bearing in mind the weakness that prevents a person from sticking to the Shari`ah rulings during illness, Islam exempts sick people from certain obligations. For example:

1. `Imran ibn Husain (may Allah be pleased with him) said: I had hemorrhoids, so I asked the Prophet about prayer. The Prophet answered: “Pray standing, or if you cannot, then sitting; and if you cannot, then lying on your side.” (Al-Bukhari)
We learn from this Hadith that although standing during prayer is a must, it is waived because of illness.

2. Although we know that the Prophet (peace and blessings be upon him) did not permit males to wear gold and silk[2], he permitted Az-zubair and `Abdurrahman ibn `Awf to wear silk because they had a rash.(Al-Bukhari)

Traveling is part of people’s normal life. People travel for Hajj, `Umrah, business, family visits, etc. The Prophet (peace and blessings be upon him) said about the hardship of travel: “Traveling is a piece of torment; it prevents a person his sleep and food. So, when anyone of you has fulfilled the purpose for which he traveled, let him return quickly to his family.” (Al-Bukhari)

1. Travelers are exempted from attending the Friday Khutbah and Prayer. Jaber (may Allah be pleased with him) narrated that (when the Prophet was in `Arafah during Hajj) Adhan and Iqamah were called and (the Prophet) prayed Zhuhr and `Asr and did not pray anything in between. (Muslim)

2. In ablution, wiping on socks instead of washing feet is allowed for three days during travel, while it is permitted for only one day at home. Al-Mugheerah ibn Shu`bah (may Allah be pleased with him) narrated: “I accompanied the Prophet in a travel and (one time, the Prophet was to make Wudu’. So,) I went down to remove his Khuff (sock made from leather or thick fabric).

The Prophet said: “Leave them; when I put on (the socks), my feet were in state of purity (i.e. the Prophet had a valid Wudu’ then).”
So, the Prophet (only) passed his wet hands on them.” (Al-Bukhari)

Humans are not perfect; the term human in Arabic (insan) has the connotation of being forgetful. With this in mind, Islam lifted strains and brought ease in such situations when people fail to fulfill their obligations out of forgetfulness.

1. The Prophet (peace and blessings be upon him) said: “My Ummah are excused of mistake, forgetfulness, and what they do under coercion.” (Reported by Ibn Hazm in Al-Muhalla)

2. The Prophet (peace and blessings be upon him) said: “If any one forgets a prayer, he should observe it when he remembers it; there is no expiation for it except that.” (Al-Bukhari)

3. The Prophet also said: “If someone forgets and ate or drank while fasting, let him finish his fasting for it is Allah who has fed him and given him something to drink” (Muslim)

Freedom of choice is well-established in Islam that it is applied even to the most important matter, namely the choice of religion. Allah said:

Unfortunately, people practice aggression toward each other and use power to implement what they want against the will of victims. Taking into consideration the lack of will and free choice in such situations, Islam brought ease in rulings related to the actions of a coercion victim:

1. The story of `Ammar ibn Yasser (may Allah be pleased with him) is well known and very relevant here: the people of Quraish tortured him until he uttered bad words against the Messenger (peace and blessings be upon him). When he complained to the Prophet about what had happened to him, the Prophet asked him: “How do you feel in your heart?” `Ammar replied: “Settled in faith.” The Prophet (peace and blessings be upon him) said: “If they do it again ( tortured `Ammar), do the same thing you did” (Ibn Hajar)

2. There is a story about two Muslims captured by Musailamah the Liar. He asked the first if he recognizes that he (Musailamah) is a messenger, and he answered in affirmative. The other refused to give in and said ‘I can’t hear you.’

Musailamah killed the second and kept the first alive. When the Prophet learnt about that, he said: “As for the first, he used the rukhsah granted by Allah. The other has declared the truth clearly; glad tidings to him.” (Ar-Razi reported the story in his Tafseer with no information about its authenticity)

If someone is not aware of an Islamic matter, he is not subject to punishment if he did not act in accordance to the teachings of Islam. Yes, the basics of Islam should be known to all Muslims, but factors such as age, being a new revert, or living in areas where no sufficient Islamic learning is provided are all taken into consideration and included under the term of ignorance. Examples for adopting an easy approach towards cases of ignorance are:

1. It is prohibited to marry one’s foster sister because of nursing from the same mother. But if someone did not know that ruling, and he married someone who did nurse from the same woman who nursed him, he will not be liable for this violation. Of course, the matter must be verified and if confirmed, separation is a must.

2. If a new Muslim did not know that eating pork or drinking wine is forbidden, he will not be liable for doing so until he is educated of such rulings.

Sometimes, it is not practical to prevent certain matters in real life either because they are insignificant or because the environment and circumstances do not allow avoiding them. Following are some examples:

1. Umm Salamah (may Allah be pleased with her) said to the Prophet that her dress rolls behind her over filthy dirt! He said: “It is purified by (the clean dirt) that comes after it”. (Abu Dawud)

2. Dogs used to pass through the Prophet’s Masjid leaving the filth of their saliva or urine, and the Companions did not clean after them. (The hadith is reported by Al-Bukhari. Keep in mind it was an open floor of dirt and sand.)

These applications of hardship removal in Islam show the beauty of this religion, its practicality and its ability to fulfill the humans’ needs at all times and in all places.
________________________________________
[1] This part of the verse comes after introducing the tayammum (dry ablution) as a concession (rukhsah) and alternative for regular ablution for those who could not find or use water.

[2] Refer to Hadith when the Prophet held a piece of silk and a piece of gold and said: “These are prohibited on the males of my Ummah.” (Ibn Majah)

Sheikh Kifah Mustapha is the Imam and Associate Director at the Mosque Foundation, one of the largest Islamic Centers in Chicago.