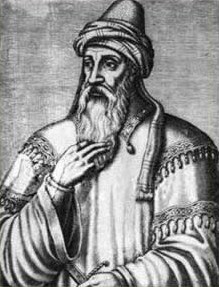 As-Salih Ayyoub came out from this tragic war fully aware that he should only depend on his army which was loyal to his person rather than his money. Thus, he started depending on new soldiers in place of the Khwarezmids, i.e. the Mamluks.

In the following pages, let me jump with you over as much as fifty years of conflict, to have a pause with the last ten years of the Ayyoubid Dynasty, namely from 637 A.H., when Sultan As-Salih Najm Ad-Din Ayyoub sat on the Throne of Egypt, and he is thought to be the best of the Ayyoubids after Saladin. Unfortunately, a lot of Muslims, and even Egyptians, know nothing about this great Sultan.

King As-Salih Najm Ad-Din Ayyoub took office in Egypt in 637 A.H., and the Ayyoubid emirs in Sham, as was their habit, got ready to fight with him over the successive authority of Egypt. There were some skirmishes and combat between them, which reached the peak in 641 A.H., when the Ayyoubid dispersed forces in Sham were unified, and allied themselves with the Crusaders to fight King As-Salih Najm Ad-Din Ayyoub, on condition that the Ayyoubid emirs in Sham would give up Bayt Al-Maqdis for the Crusaders!

One could hardly imagine how those Muslim emirs accepted to give up Bayt Al-Maqdis for the Christians, knowing that any true Muslim could not think about giving any spot of the Islamic land whatever small it might be, let alone Bayt Al-Maqdis in particular, where there is, as known to all, Al-Masjid Al-Aqsa, which had previously been liberated by their grandfather, the great hero Saladin, May Allah have mercy upon him, and cost much blood, very hard times and bitter wars. This is what actually took place.

The Sham emirs unified their forces with the Crusaders and started to advance towards Egypt. As-Salih Najm Ad-Din prepared his army under the leadership of Rukn Ad-Din Baybars, his best commander, and prepared for the fight. The Egyptian army was few in number and weak in comparison with the large numbers of the armies of Sham and the Crusaders. This is why King As-Salih sought the aid of the Khwarezmid soldiers who had previously fled from the territories of the Khwarezmid State after the Tatarian invasion, which we discussed in detail in the previous pages.

Those Khwarezmid soldiers were mercenaries in the full sense of the word, i.e. they cooperated with the one who paid them more, and offered their military services for money. As-Salih Ayyoub sought their aid for a charge. There was a great battle between the army of As-Salih Ayyoub and the Ayyoubid-Crusader allied forces, known as the Battle of Gaza in 642 A.H., near the Palestinian Gaza, we ask Allah, the Almighty, to liberate it along with all Palestine, Allah willing. King As-Salih emerged victorious and as many as 30,000 fighters from among the Crusaders were killed, and a great number of their leaders and emirs, along with many of the Ayyoubids were captured.

King As-Salih availed himself of this opportunity and headed towards Bayt Al-Maqdis, which the Ayyoubids of Sham had previously given up for the Crusaders, and intruded the fortresses of the Crusaders and liberated the Holy city with the help of his Khwarezmid-supported army in 643 A.H. In this way, Bayt Al-Maqdis was entirely liberated, and for seven centuries, no Christian has ever been able to enter it, till the British armies entered it during World War I in 16-11-1917 A.D., as a result of the famous betrayal of Mustafa Kemal Ataturk; we ask Allah, the Almighty, to restore it once again to Islam and the Muslims.

As-Salih Ayyoub then completed his way to Sham and entered Damascus and unified both Egypt and Sham anew, and moved to liberate some cities which were under the control of the Crusaders, and was able to liberate Tiberias, Ashkelon and others.

However, there was a dangerous change in the army of As-Salih Ayyoub, May Allah have mercy upon him. The detachment of the Khwarezmid mercenaries broke away from the main army, after having been solicited by an Ayyoubid emir in Sham with a higher payment. This detachment not only broke away, but also fought As-Salih Ayyoub himself, who faced it only with his genuine army which he had brought from Egypt under the leadership of the skilled commander Rukn Ad-Din Baybars.

As-Salih Ayyoub came out from this tragic war fully aware that he should only depend on his army which was loyal to his person rather than his money. Thus, he started depending on new soldiers in place of the Khwarezmids, i.e. the Mamluks.

Dr. Ragheb El-Sergany is the founder and supervisor of www.Islamstory.com website from which this article was taken with slight editorial modifications.