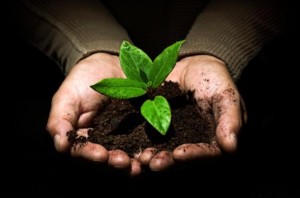 Islam considers rich people’s properties not absolutely theirs. Unless they pay the rights of the poor, zakat, they are considered transgressors.

Oliver Goldsmith, the Irish poet, once said: “Where wealth accumulates, men decay.” Philanthropy is more than just a monetary gift-love of mankind shown by practical kindness and helpfulness to humanity is its dictionary meaning.

Zakat is the third pillar of Islam; it is hard to translate the word or find its closest meaning in English. In Arabic, the word is derived from the root, “z-k-a.” The verb, zakka, “to purify,” also means, “to make something grow and develop.” Zakat is commonly known as “almsgiving.” This translation is not accurate if we consider the philosophy behind that pillar. There is a difference between almsgiving-Sadaqa-and Zakat. Sadaqa is a voluntary service of any kind that is given from one person to another.

The Blessed Prophet (on whom be peace) encourages everyone to give sadaqa, also known as khairat. A smile, words of sympathy, even giving half a date can be sadaqa. Whatever the words-differentiated for juristic reasons-the spirit is to alleviate humanity’s sufferings. Such was the example of Caliph ‘Umar, who sat watching children play after he had personally brought food to their poor family.

Yet how blessed and reminiscent is the Western Social Security system that there is a sense of monetary security, however lacking, for people akin to zakat recipients: the sickly, unemployed, invalid, divorcee, the disaster struck victim, etc. Aren’t they a breakdown of the Qur’anic miskeen and fuqara-the destitute and needy?

“Alms are for the poor and the needy, and those employed to ad- minister the (funds); for those whose hearts have been (recently) reconciled (to Truth); for those in bondage and in debt; in the cause of Allah; and for the wayfarer: (thus is it) ordained by Allah, and Allah is full of knowledge arid wisdom.” (At-Tawbah 9:60)

Everyone must receive from this spring

Have you thought how intertwined charity is in our life? E-mails begging for orphans of a disaster; money needed for a new councilor’s campaign; help wanted in building a new mosque or school; the fundraising walk for the homeless; chocolate sales for support of a school; remembering a poor relative back home and wanting our fitra and zakat counted in the Ramadan drive for the homeless locally. It goes like the swirling waterway of a deep brook. It touches different soils of need and embellishes various roots of humanity as it meanders into the wide ocean of Allah’s mercy harvested in the Hereafter.

“The parable of those who spend their substance in the way of Allah is that of a grain of corn: it grows seven ears and each ear Hath 100 grains. Allah gives manifold increase to whom He pleased: And Allah cares for all and He knows all things.” (Al-Baqarah 2:261)

Zakat is the right of the needy. By selfishly leaving it sitting in your account to grow, you would only cause self-ruin and malaise.

“And in their wealth and possessions (was remembered) the right of the (needy), him who asked, and him who (for some reason) was prevented (from asking).” (Adh-Dhariyat 51:19)

Purifying our souls from greed and checking our humanity is what giving zakat every year does-calculated best by spending some of it throughout the year on appropriate projects. The tax deductibles are just a returned gift and do not rob us of our re- wards. If you wish to give that away too, such uninhibited generosity will smack of true Companion-style giving. They gave until it hurt. Yet they were unhurt.

We seek refuge in Allah. Let us not fear man and ensure that our debts and taxes are never missed, nor do we ever forget God for His small kindnesses to His creatures!

I have seen foundations making zakat disbursement work for qualified organizations that are doing needed and successful community work. We have to not only give handouts but also ensure that there is a viable system to enhance our economics. The movements to end poverty may be overly ambitious, but their efforts are surely worth emulation. One such movement is at www.makepovertyhistory.ca.

The philosophy behind this has many dimensions. Islam considers rich people’s properties not absolutely theirs. Unless they pay the rights of the poor, zakat, they are considered transgressors. Zakat is also a yearly reminder that what we earn and what we have is not really ours. It is a gift from God.

The reward is such that an entire economic system rests on it-balancing the haves and have-nots with modest cognizance of one another’s rights and natures-not like the monsters that consume everything in the name of globalization or the selfish who relegate us to food stamps in the name of anti-capitalism.

“Allah has blighted usury and made almsgiving fruitful.” (Al-Baqarah 2:276)

Sadaqa is for everyone. During Ramadan, for example, Muslims may send Ramadan hampers to local food banks. Hunger has no religion.

Zakat was originally a tax on possessions with the proceeds going mostly to aid the poor (though the money might also be spent for other purposes, such as ransoming captives of war). The word, however, now more commonly refers to almsgiving. Are we aware of our own local needs before we trolley off huge sums to favorite faraway spots?

According to the 2000 Canadian Census, there are 320,000 registered Muslims in Ontario, 100,000 of whom live under conditions considered to be below the poverty line. Assuming that 60,000 Muslims are in a position to pay zakat, there remain a marked number of needy individuals within the community who would qualify to receive zakat.

If zakat and its charitable obligation are unique to Islam, then we have to make it equally unique to today’s world.

United Way is, like many sister organizations, the apple of the eye when it comes to emptying our pockets on images of desperate faces-whether by corporate fundraising or media hype. The organization is indeed truly blessed in helping a variety of needs faced by this rich world. Then how come our collections are still struggling with paper clutter and moving red boxes? Think professional but be sincere, and Allah will make it happen.

Charity is best when given voluntarily

Although in the past Islamic States would have organized their collection and disbursement, today, in the absence of such ideal situations (and allowing that some spurious organizations send their administrative overheads sky high, forgetting the real needy), we should revamp our efforts to see that zakat carries with it the true emblem of voluntary philanthropy.

“Say: “My Lord hath commanded justice; and that ye set your whole selves (to Him) at every time and place of prayer, and call upon Him, making your devotion sincere as in His sight: such as He created you in the beginning, so shall ye return.” (Al-A`raf 7:29)

It is nearly impossible for every individual, from the filthy rich to the common man, to pay zakat in the prescribed way and for it to reach the deserving people. Meanwhile, an increasing number of Muslims would be falling below the poverty line every day.

Economics professor Timur Kuran takes full advantage of our flip-flop approach toward Islam. He writes in his book Islam and Mammon: The Economic Predicaments of Islamism ” (2004): The system has 1 million beneficiaries, which represent about 10 percent of the Pakistanis situated below the country’s poverty line. An official report notes in this connection that in its eight years of operation, Pakistan’s state-administered zakat system has had little visible impact on inequality. There has been no noticeable decline, it says, in the number of beggars and no discernible alleviation of poverty. Under the circumstances, people are losing faith not only in the system, but also in the belief that Islam offers a better economic order.

Philanthropy of the pious is never discriminatory

The Caliph ‘Umar, on seeing an old Jew begging, brought him to his house. He gave him some cash and told the treasury officer that such people who could not earn their living should be granted stipends from the public treasury. Once, seeing some non-Muslim lepers on his way back from a journey, he issued orders that they should be provided maintenance from state funds.

In a letter addressed to Adi ibn Artah, ‘Umar ibn ‘Abd al- ‘Aziz wrote: “Be kind toward dhimmis (free non-Muslim subject of the Islamic State). If you find some of them old or help- less, give maintenance to them.”

“So keep your duty to Allah and fear Him as much as you can; listen and obey; and spend in charity, that is better for your- selves. And whosoever is saved from his own covetousness, and then they are the successful ones.” (At-Taghabun 64:16)

Make both sides of your coin work for you and share this piece with someone. Author Julia Alvarez said, “The point is not to pay back kindness but to pass it on.”

Habib Alli is author of nine books. The latest, published in Toronto, is Canadian Fiqh: Understanding Islam. Mr. Alli is educated in Islam with a Masters degree and originates from Guyana.