The Position and Role of the Mind in Islam 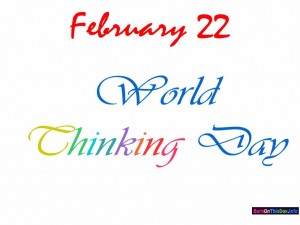 Islam does not prevent the human mind to think, but instead Islam gives our mind guidance and assistance in some areas.

To answer these questions we say that Islam allowed, and in fact, asked the human beings to use their minds in thinking about all things in this life, with some limitations. The human being is a created being and he cannot know everything.

The human beings’ mind cannot reach information about the unseen world, like the attributes of Allah, angels, and the events of the Day of Judgment without a revelation. Therefore, the mind is not supposed to think about it, unless it’s told about them.

Therefore what are the fields that Islam asked the human mind to think about. There are many of them. Some of which are:

1. To think about two great facts:

A. The existence and unity of Allah.

B. The verification of revelation, prophethood and the message of Allah.

As for the first fact in which Islam asked the human mind to think about the existence and unity of Allah. Here are some proofs from Qur’an.

Allah Almighty says what may mean,

“Behold! In the creation of the heavens and the earth, and the alternation of Night and Day, there are indeed signs for men of understanding.” (Aal `Imran 3:190)

Allah asked and He knows the answer as in,

“Or were they created out of naught? Or are they the creators? Or did they create the heavens and the earth? Nay, but they are sure of nothing!” (At-Tur ….. :35-36)

“If there were in the heavens and the earth other gods besides Allah, there would have been confusion in both but glory to God, the Lord of Throne, above what they attribute to Him) to (or have they taken for worship other Gods besides Him? Say, ‘Bring your convincing proof.’” (Al-Anbiya’ …:22-24)

In another place, Allah says,

“No son did Allah beget, Nor is there any god along with him, if there were many gods, behold, each god would have taken away what he had created, and some would have Lorded it over others.” (Al-Mu’minun …:91)

Let’s now look at the second great fact that Islam asked the human mind to think about and that is the verification of the revelation, prophethood, and the messages from Allah. In this case the judge is the human mind. There is no ground here to get proofs from Qur’an and Sunnah. Because if the human mind thinks and accepts the 1st fact, that is, the existence and unity of Allah, then that same human mind should know that Allah will never leave His servants in darkness and ignorance without some type of revelation through some type of messengers.

2. In addition to the previous two facts, Islam encouraged the human mind to think about laws of Islam and try to deduce laws for things that has no clear evidence of course taking into account the Islamic legislative basics like bringing benefits, eliminating bad doings and narrowness and confinement as well as considering necessities and rating the circumstances of place and time. That is why we see all of these scholars dedicating and concluding laws that will fit our world of today, making use of the great flexibility of Islam.

3. Also notice that there is a continuous confusion between many matters of ethics and fiqh. Imam Bukhari and Muslim reported that the Prophet, peace be upon him, said: “The permissible things are clear and the forbidden things are clear and between the two, there are things that cause confusion that not too many people know and whoever avoids those doubtful things will purify and clarify his religion and his honor and dignity.” (Bukhari and Muslim)

Also the Prophet, peace be upon him, said in another hadith reported by Imam Ahmed and Addarami “Just ask your heart about it.’ Virtue is a thing which satisfies yourself and eases the heart; and sin is a thing which disturbs the self and worries the heart; although some persons may declare it lawful and may solicit your opinion on such matters.”

Therefore, it is really your mind, which has to clear the confusion between all these matters.

“On the earth are signs for those of assured faith, as also in your own selves: will you not then see.” (Adh-Dhariyat …:21)

5. Islam has asked you to discover the secrets of this universe and make use of them for our benefits.

“And he has subjected to you, as from him, all that is in the heavens and on earth: behold, in that are signs indeed for those who reflect.” (Al-Jathiyah …:13)

6. And when Allah talked in the Qur’an about other nations whom He destroyed as a result of their unbelief; He asks us to make use of their experience so that we will not be destroyed as they were destroyed for example, He said: what can be translated as,

The Conclusion is that Islam does not prevent the human mind to think, but instead Islam gives our mind guidance and assistance in some areas. On the other hand, Islam gives and encourages our minds to think in some other areas that were mentioned before.

Let’s use our minds and think deeply in the areas the Qur’an encourages us to do so. Furthermore, let’s stop thinking about the areas that the mind cannot reach like unseen worlds, worship acts, and divine rules. The source of all of these is the revelation from Allah.

Adapted from a Friday Speech by Imam Mohamed Baianonie at the Islamic Center of Raleigh, N. C., on April 2, 1987. The Sermon is titled: The Position and Role of the Mind in Islam.