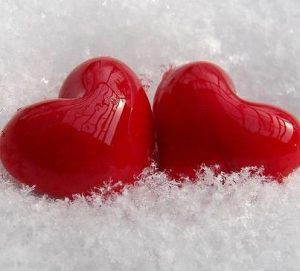 “And of His signs is that He created for you from yourselves mates that you may find tranquility in them; and He placed between you affection and mercy. Indeed in that are signs for a people who give thought.” (Ar-Rum 30: 21)

Ibn Kathir says in his tafsir what follows:

This refers to Hawwa’. Allah created her from Adam, from the short rib on his left. If Allah had made all of Adam’s progeny male, and created the females from another kind, such as from Jinn or animals, there would never have been harmony between them and their spouses. There would have been revulsion if the spouses had been from a different kind. Out of Allah’s perfect mercy, He made their wives from their own kind, and created love and kindness between them. For a man stays with a woman because he loves her, or because he feels compassion towards her if they have a child together, or because she needs him to take care of her, etc.

Moreover, marital relations in Islam have some sort of sacredness as they should be enveloped as well as coated with utmost secrecy and beautiful privacy. Whatever happens between a man and his wife should be kept away from others and should be kept as a confidential matter of top secrecy by all possible means. No one is to be informed about such things regardless of his or her close relationship to them might be. What happens in the bedroom stays in the bedroom!

Nevertheless, some people chat with others concerning that which takes place in their bedroom. This is an act of unashamed boldness and barefacedness which is declared as unlawful by the Divine Legislator, Allah the Almighty.

In one of the Prophetic Hadiths, Prophet Muhammad (Peace and blessings be upon him) likened those who publicize their bedroom secrets to devils who fornicate for all to see. The Hadith reads what means,

Asma’ bint Yazid reported: “I was once in the company of a group of men and women seated in the presence of the Messenger of Allah (Peace and blessings be upon him). The Prophet said to them, ‘Perhaps a man will mention what he did with his wife, and perhaps a woman will mention what she did with her husband?’ The people sat in embarrassed silence until I spoke up and said, ‘Indeed, O Messenger of Allah, they do so quite often.’ The Prophet said, ‘Do not do it. Verily, that is like a male devil and female devil having intercourse while people are watching.’” (Musnad Ahmad 27036; Grade: Hasan (fair) according to Imam As-Suyuti)

In another Hadith, the Prophet (Peace and blessings be upon him) identified one of the most wicked persons on the Day of Judgment as the one who tells others about what happens secretly between him and his wife.

Abu Sa`id al-Khudri (May Allah be pleased with him) reported that Allah’s Messenger (Peace and blessings be upon him) said: “The most wicked among the people in the Eye of Allah on the Day of Judgment is the one who goes to his wife and she comes to him, and then he divulges her secret.” (Narrated by Imam Muslim in his Sahih)

To conclude, a rational and sane husband with intact natural disposition (fitrah) should never tell others about what happens between him and his wife in the bedroom and vice versa.