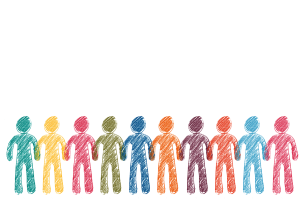 As 7th century Byzantium and Persia each sought to exploit the independent tribes of the region, the Prophet (PBUH) succeeded in inspiring the people to rise above servitude as vassals to foreign powers and also to rise above tribal limitations that engendered a splintered, contentious and often unjust society.

The Prophet’s vision was to unite the early Muslims in faith, to serve neither empire, nor tribe, but Allah alone. In order to unite the people under this higher ideal, the Prophet (PBUH) found it necessary to demolish the tribal institutions of his time from which social and racial inequalities and human injustice emerged. He knew that treating the symptoms was not the answer, thus he endeavored to establish a new system where every man, woman and child was respected as an essential member of the community.

With time, Muslims erred by reinstating many of the very same social structures, in one form or the other, that the Prophet (PBUH) intentionally demolished. In fact, we now find remnants of the regressive tribal mentality entrenched, more or less, into every aspect of our collective lives. There is no Muslim society, whether secular or conservative, democratic or dictatorial that is not free from these large scale societal evils. True justice and equality are absent from the Muslim body politic.

The words “brothers” and “sisters” have been left only to address one another. Their true meaning in Muslim life has been lost. Cronyism, nepotism, and corruption seem to have infected every part of Muslim life. Especially in dire straits are Muslim women. They have borne the brunt of these inequalities and injustices to the extent that disturbing and primitive behaviors, such as the so-called ‘honor killings’ even emerge from time to time. Not only are such events an affront to our Islamic sanctity of life, but such bestial behavior is a dishonor to us all and casts an ugly wound upon the face of Islam.

It is fashionable in Muslim circles, whether at the local, national, or the global level, to argue endlessly about the aforementioned symptoms. And since the symptoms have pervaded every aspect of life – social, political, economic – no group whether religious or secular is immune from such evils. Once the arguments begin they ultimately revert to a blame game or patriotic gamesmanship no matter who is involved.

No Muslim group whether religious or otherwise seems to be interested in talking about the root causes of these societal inequities and injustices.

The questions then must be: Should we not consider age-old institutional systemic barriers that serve to divide Muslims along so many lines of dubious value? Have our religious, sectarian, ethnic, racial, linguistic and tribal differences made us so unable to examine our collective errors that we have become Muslim in name only? Will we continue to brush aside the hard issues because they stir up emotions and cause friction and disturb our “peace?” Will we continue to fail to reclaim the goodness established within the societal structure founded by Prophet Muhammad (PBUH) and instead cling as cowards to our new and compromised definition of “peace?”

The majority of Muslims do not want to talk about or question the existing religious or secular patterns of racial inequality and injustice in Muslim societies. Any suggestion to talk about the root causes of Muslim societal evils elicits a knee-jerk impulsive response from the defenders of religious or secular “peace.” It seems then premature to engage in interfaith dialogue when there is yet so much intra-faith work to be done. Muslims must first deal with the root causes of inequity within their own societies.

It is not possible to move forward on any question of injustice without holding those responsible for the injustice accountable. This means also holding ourselves, as a whole, accountable. We must not close our eyes and mind when we see or hear of injustice. There is a basic moral principle involved here. To recognize the injustice but then demand that we ignore the patterns and institutions at the root of the injustice in order to reach a state of inclusiveness and “peaceful’ coexistence is counterproductive.

Such avoidance simply lets religious and political leaders off the hook and puts the burden on common Muslims to cope with the ongoing manifestations of injustice. Were leaders known for rationalizing inequities and injustice not held accountable, there would be no base from which real change could occur. Most religious leaders don’t like to talk about accountability. But, the core values of Islam we claim to hold — dignity, solidarity, and equality — require that we not avoid that kind of honesty.

If we fail to hold firm to our ideals, many poor and working-class Muslims will point out that they don’t feel that they are treated with dignity and equality. That’s why we have to connect the struggle against injustice to the struggle against economic inequality inherent within an establishment powered by capitalism and sectarianism. This is what the Prophet’s (PBUH) Sunnah demands that we do.

Many may suggest that such talk perpetuates and even exacerbates the divisiveness that is already so rampant among Muslims. But that is the result of misunderstanding of the nature of the problem. The divisiveness comes from the injustice, not from naming the injustice. Muslims are divided by the inequality inherent in patriarchy, and capitalism not to mention religious sectarianism. Naming those systems and the inequality they produce is not divisive but rather an attempt to understand the systems so that we can change them. Just as we need accountability we also need analysis to make it possible to move toward justice. How can problems be solved if causes are not identified and critiqued?

Those who exclaim that to examine these issues causes unnecessary emotional turmoil have missed the point. The work we all want to do should be grounded in love, which leads to a rejection of injustice. Our hearts should not feel less soft when we begin to look honestly at the extent of that injustice and our own complicity in it. To be “part of the solution,” demands that we be honest about injustices. We should challenge all Imams and religious and political leaders to think about this. Those who ignore the patterns of injustice become part of the problem. But, that can be reversed. By looking honestly at issues, we can seek to eliminate injustice, solve problems and remove the barriers between us.

One should be actively involved in promoting justice in Muslim society whether to correct economic inequality, racial inequality, gender inequality, coercion or any number of ills that occur when our systems fail us. We should all feel a sense of profound grief about the pain that these systems have been causing to more than a billion Muslims on the planet.

Professional exceptions or luck of the draw should not be left to decide our position of relative privilege. Even when we escape virtually all of the suffering imposed by those systems, we still have with us the responsibility to try to end the injustice. The satisfaction we find in this world should come from trying to struggle for something better as the Prophet (PBUH) did. In such transformative efforts, things inevitably get stirred up as indeed they did for the Prophet (PBUH).

We cannot just stand by and ignore the systems from which the collective symptoms of our injustices emerge and expect them magically to disappear.

We must not turn away. This is a time to have courage, face the injustices, get involved, let our voices be heard and seek to mend our societies. We were given Guidance for a reason. We should not then be faint-hearted in our efforts to reclaim our Muslim societies and bring them back to the true peace that can prevail when injustices are overcome. This is what our Prophet (PBUH) accomplished. And this is for us his greatest Sunnah to practice.