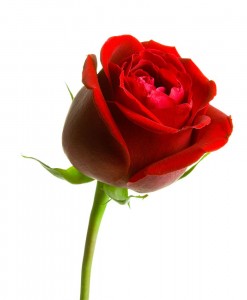 In part 1, we dealt with the issue of religion and whether it is inherited just as wealth, real estate and riches or not. It was proven – through thorough examination and careful consideration – that, were inheritance of religion the rule, all followers of every faith would remain faithful to the faith they received from their ancestors, and we would have never seen any nation or human community forsake their religion or abandon it for another.

We also came to realize that the Ever-Glorious Qur’an censures the fall of the human mind into the abyss of imitation as in such a case one avoids using any evidence or appropriate justification.

Religion is all about evidence and conviction

Indeed, true religiosity which influences one’s behavior, leads to right guidance, and incites sacrifice and generosity, is the belief which is based on conviction that stems from within the human soul. This conviction is associated with clear evidence that warrants one’s free choice of any particular religion as a way to follow in developing his relationship with Allah and the people.

Islam abhors compulsion and rejects coercion, and all those who embraced Islam throughout history did so out of their free will and liberal choice. If some orientalists tried to cast doubts on Islam and claimed that it was spread by the edge of the sword, there are many others, even from among the orientalists themselves, who defended Islam and refuted these false allegations.

There shall be no compulsion in religion! For truly rectitude has been made clearly distinct from perversity. (Al-Baqarah 2: 256), and,

Will you then be the one to compel people to faith so that they become believers, O Prophet? (Yunus 10: 99)

It is unimaginable that a religion that praises the use of human reasoning, relies thereon, and entrusts it with religious duties, would accept from its adherents to adopt it by relying on blind imitation and inheritance, just as for personal possessions!

Reasoning and meditation are Islamic obligations, while abandoning the intellect is a heinous crime, and what follows is the punishment prepared for those who disregarded their minds and led their lives as mere imitators and blind followers of others, as the Qur’an says,

The Qur’an reaffirms the responsibility of each and every human being to use his senses in a way to seek guidance; Allah says,

Indeed, the hearing, and the sight and the conceptions of the heart- every act of each of these faculties one shall answer for in the Hereafter. (Al-Isra’ 17: 36)

If we look closely into the Qur’an we will find hundreds of verses that cherish human reason, contemplation, meditation and insight, such as the following,

A most blessed Book (the Qur’an), which We have sent down to you, O Prophet, so that they who hear its tidings may reflect on its verses. (Sad 38: 29) and,

We have made it an Arabic Qur’an, so that you may understand its prolific meaning. (Al-Zukhruf 43: 2)

There is a great distance between the faith that is inherited and the faith that is earned through conviction and persuasion. The former is weak and feeble, and cannot stand even one test or confrontation with reason. Regarding those whose faith is only inherited, Allah says,

Moreover, among humankind, there is the type of person who worships God as if he is teetering on the outermost edge of faith. Thus if good befalls him, he is at peace with it. But if a trial befalls him, he turns about-face back into unbelief. Thus, he loses the good of this world and the bliss of the Hereafter. Such is the most manifest loss! (Al-Hajj 22: 11)

As for the one whose faith is based on conviction and clear evidence, we can see his example in the confrontation between the sorcerers and Pharaoh when they discovered the truth of the message of Prophet Musa. The Qur’an says,

They said: We will never prefer submission to you over believing in the clear and miraculous proofs of God that have come to us, nor over the One who originated us! So decree whatever punishment you will decree. You but decree in the life of this world. As for us, we have believed in our Lord, so that He may forgive us for our misdeeds, and for whatever sorcery you have forced upon us. For God is best in reward and everlasting in punishment. (Ta Ha 20: 72-73)

Thus, when they became certain about the truth of Musa’s message, they submitted their will to Allah and were not deterred in the least by the threats of Pharaoh, who they knew was perfectly able to punish them in a severe way.

In fact, the great early imams of Islam throughout history abhorred and rejected blind imitation, and warned Muslims against it. Imam Al-Shafi`i once said, “Do not imitate me, do not imitate Malik, nor al-Awza`i, nor Al-Thawri. Instead, take from [the sources] where they took.”

The great people who influenced the march of thought in positive ways were not from those who inherited Islam. Rather, they were from among the people of intellect, insight and evidence. To conclude, as one of the early righteous people said, “The current conditions of this Ummah will not be set right save by following what amended its past condition.” Notably, the earlier Muslims were from among those who used their intellect, held fast to their faith that was gained through complete and rational conviction, and – as a result – sacrificed everything in the process of defending their own convictions. Shall we be like them?

Dr. Ali Al-Halawani is Teacher of Linguistics and Translation, Misr University for Science & Technology (MUST); Former Editor-in-Chief of the Electronic Da`wah Committee (EDC), Kuwait; Former Deputy Chief Editor and Managing Editor of the Living Shari`ah Department,www.islamOnline.net; Member of the International Union of Muslim Scholars (IUMS); and member of the World Association of Arab Translators Linguists (WATA). You can reach him at alihalawani72@hotmail.com.