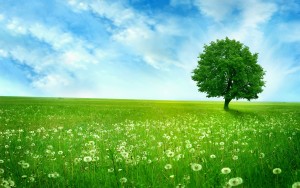 The Prophet dealt with the situation calmly and opened doors to even more questions for those who had doubts.

The responsibilities of a leader are like no other.

Anyone who is a parent, a manager in his/her company, the head of masjid, a teacher, or generally holds a position of authority knows the responsibility of his or her position.

The Prophet Muhammad (peace be upon him) held the most challenging leadership positions in Islamic history, wearing many hats at the same time.

As the Messenger of Allah, he was a husband to his family, a teacher to a grand myriad of students, a General of his army, amongst many more.

In wearing these many hats, the Prophet faced multiple challenges in tarbiyyah (the development, teaching and training) of his followers in order for them to overcome the challenges of their inner soul when unrest struck (known as tazkiyyah).

In reading the Prophet’s directives of tarbiyyah, it pays to reflect on how we would deal with the same situations if we were faced with them. These milestones carry lessons that leaders should emulate today as much of today’s teaching tend to lean towards strictness, reprimanding and shame, leading to poor tazkiyyah of students.

Dealing with Emotional Turmoil of Loved Ones

The closest comrades to the Prophet, (besides the named caliphs), were arguably his wives. The Prophet had to be especially kind to them, for in their ranks they carried the responsibilities of being the best ambassadors of Islam and recognized as the Mothers of Believers.

While the directives for him came to marry many, the Prophet could never shake of his love for his first wife Khadijah even many years after her death.

Aisha once said: “I did not feel jealous of any of the wives of the Prophet as much as I did of Khadijah though I did not see her, but the Prophet used to mention her very often, and whenever he slaughtered a sheep, he would cut its parts and send them to the women friends of Khadijah. When I sometimes said to him, ‘You treat Khadijah in such a way as if there is no woman on earth except Khadijah.’”

The Prophet never got angry at Aisha’s jealousy. He understood her need for attention as the only wife who have never been married before. While he would explain Khadijah’s epic role during the advent of Islam and what she meant to him personally, he would conscientiously spend more time with Aisha, giving her the attention she needed.

On one occasion, Aisha had wanted to watch a group Ethiopians in sport in the masjid ground, and the Prophet accompanied her until her curiosity was satisfied. While he could have let her watch on her own or ignored her request, he put in that special effort to be by her side, even if the activity seemed “mundane” or unimportant, as compared the plight that he was serving.

Jealousy also surfaced amongst the other wives, in their humanness. The Prophet took in stride to champion their causes. Zaynab bint Jahsh was labeled as the “Mother of the Poor,” for her overflowing compassion towards the needy. The Prophet even recognized this on his death bed, telling them that the one “with the longest hand,” (i.e., the most generous of them), would follow suit in the return to Allah.

Much of the Prophet’s tarbiyyah as a husband helped release the inner turmoil of his wives and it was through the same that all his wives pledged allegiance to him in this life and in the hereafter.

Dealing with Those Who Wish to Commit Sin

Outside the circle of his family and close friends, the Prophet had to deal with a range of people and many of them struggled from breaking away from their old lives (pre-Islam), traditions, and unfortunately bad habits. Nevertheless, he opened the doors to learn without prejudice or judgment.

At-Tabari narrates a man coming to the Prophet asking for “permission to commit zina (adultery).” This request fired up a frenzy amongst the closer companions, with adultery being such a heinous sin in the Quran. Surely, Satan the accursed had gotten to this man.

Prophet Muhammad cautioned his companions and invited the man to sit down. The man obliged and the Prophet asked him calmly:

The Prophet then advised:

The man replied again in negative.

The Prophet went on listing other female relatives, and the man calmed down to the point that he realized he could do not do upon another what he did not want for his own family.

Had the Prophet reprimanded or embarrassed him in front of the companions no less, probably someone would have gotten hurt, or the man in question would have turned to rebellion, or worse still – an underground rebellion may have been sparked. After all, promiscuity was the norm before Islam.

Yet in his wisdom, the Prophet dealt with the situation calmly and opened doors to even more questions for those who had doubts. He then, in his mercy, put his hand on the man’s chest and said:

“O Allah, forgive his sins, purify his heart and make him chaste,” sealing the man’s security with a powerful du`a to keep him on the right path.

Dealing with Those Who Have Disobeyed and Caused Calamities

Probably, the hardest test the Prophet faced in his leadership was when the Muslims were defeated during the Battle of Uhud. A group of archers, who were stationed at a critical location in the battle, had broken the chain of command (over a legitimate misinterpretation of the Prophet’s instruction to remain even if the Muslims were dying on the battlefield).

When the archers saw the Muslims overpowering the enemy, a few of them thought that they would be excused from their position and left their guarding point. Trained general of the Quraysh army of the time, Khalid ibn al Walid, noticed a handful of archers deserting their post, and the Quraysh army made a strategic u-turn and attacked the Muslims from behind.

Chaos broke loose. The Prophet was badly injured, his own blood smearing his face and was even pronounced dead in the mayhem. Umar lost his morale to fight. In the sheer panic, Uthman (amongst others), rushed to protect the Prophet but bypassed him, leaving the Messenger calling for them to turn around. Hamzah ibn Abi Talib, beloved uncle of the Prophet was killed, and later horrifically mutilated.

In total, seventy prominent companions died as martyrs. This was all due to the one mistake: the archers who had broken the chain of command. And this is the situation where the Prophet had to deal with followers who had disobeyed orders.

In such a dark hour, Allah ordered the Prophet to meet with the archers after their return to the Madinah and sent a revelation to the Prophet for this important moment of tarbiyyah:

“So by mercy from Allah, [O Muhammad], you were lenient with them. And if you had been rude in speech and harsh in heart, they would have disbanded from about you. So pardon them and ask forgiveness for them and consult them in the matter. And when you have decided, then rely upon Allah. Indeed, Allah loves those who rely upon Him.” (Al `Imran 3:159)

Imagine the state of the archers upon meeting with the Prophet after the debacle of Uhud and carrying the burden of their disobedience upon the shoulders. Yet it was the Prophet who remained calm (by virtue in Allah), in dealing with their horrendous mistake.

He was lenient towards them – and lenient in all respects – in his demeanor, his speech, how he looked at them, in his gestures. In the tafsir of the above verse, it was also narrated that he was asked to listen to them kindly (without prejudice), to praise them (despite their mistake), and to engage in softness throughout.

Had it not been for this overwhelming mercy of the Prophet (provided by Allah), these same Muslims would have left Islam and their beloved Prophet. So it was through this unimaginable level of kindness, that the same men, who were willing to die for the cause of Islam – but who had made an unfortunate mistake – were able to reconcile with their own burdens and move forwards as integral members of the Muslim community. And if that alone was not enough, the Prophet was asked to consult them during the following battle and to make du`a for their hearts to be mended after Uhud.

Tarbiyyah with Wisdom, but Trusting Allah in the End

In the closing of the above verse, Allah reminds the Prophet and all the believers to rely completely on Allah; total submission to Allah would be the key, following any decision of leadership. The challenges of a leader is like no other, and many times, leaders are only associated with authority, dictatorship even, discipline, reprimands, orders and punishment.

Prophet Muhammad demonstrates such a different type of leadership: from a husband caring for his family, to a teacher teaching his students, to a General leading an army. The Prophet while encompassing the cohesive authority of Islam, included wisdom, gentility, humility, understanding, and calmness in his tarbiyyah to encourage the tazkiyyah of his followers.

These are qualities that every leader today should try to emulate.