The Ideal Muslim in the Community 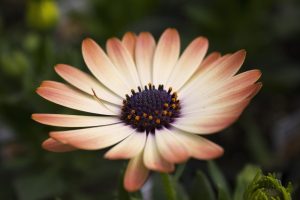 The Ideal Muslim in the Community

The Muslim community is based on sincerity, purity of human feelings and fulfillment of rights and needs to every member.

The Muslim has a mission in life. Within the community, he calls the people to Islam with good preaching and the best character. He teaches from what he learns and deals with those whom he comes in contact with based on Islamic values and morals. All this is done seeking the pleasure of Allah, the Exalted, while striving to attain the reward of His Paradise.

Wherever the Muslim is, he should be a beacon of guidance and a positive source of correction and education, through both his words and deeds.

The true Muslim has a refined social personality of the highest degree, which qualifies him to undertake his duty of calling others to Islam. He demonstrates the true values of his religion and the practical application of those values by attaining beautiful Islamic attributes. His distinct social character represents a huge store of Islamic values, which can be seen by the way in which he interacts with the people around him.

The Muslim, as Islam meant him to be, is a unique and remarkable person in his attitude, conduct and relationships with others at all levels. He treats them well by being friendly with them, humble, gentle of speech and avoiding offence. He likes others and is liked by them. He tries to follow the example of the Prophet (may Allah exalt his mention) as he was the best of people in his attitude towards others. He (may Allah exalt his mention) said: “Nothing will weigh more heavily in the Balance of the believing slave on the Day of Resurrection than a good attitude towards others.” [At-Tirmithi]

The Muslim never gives false statements, because this attitude is forbidden in the Quran. Allah, the Most Glorified, Says (what means): “…And shun the word that is false.” [Al-Hajj 22: 30]

Offers sincere advice to  everyone

The Muslim seeks to offer sincere advice to everyone he comes in contact with. It’s not just the matter of volunteering to do good out of generosity; it is a duty enjoined by Islam. The Prophet (may Allah exalt his mention) said “(The essence of) Religion is (offering sincere) advice.” [Muslim]

By the favor of Allah, the Muslim is a guide for others to righteous deeds, whether by his actions or words. He never cheats, deceives or stabs in the back. These shameful acts are beneath him, as they contradict the values of truthfulness. The Prophet (may Allah exalt his mention) said: “…whoever cheats is not one of us.” [Muslim]

When the Muslim promises something, he means to keep his promise. This attitude stems naturally from truthfulness and indicates the high level of civility attained by the one who exhibits it. Allah Says (what means): “And fulfill every engagement, for [every] engagement will be enquired into [on the Day of Reckoning].” [Al-Isra’ 17: 34]

One of the worst characteristics that Islam abhors is hypocrisy, therefore the Muslim can never be a hypocrite; he is frank and open in his words and opinions. The Prophet (may Allah exalt his mention) said: “One of the worst people is a double-faced man, who comes to one group with one face and to another group with a totally different face.” [Al-Bukhari]

A productive person; not a beggar

Islam does not approve of begging. It makes it a sin that a person should beg when he has enough to satisfy his immediate needs. Therefore, the Muslim does not beg. If he is faced with difficulty and poverty, he seeks refuge in patience, whilst doubling his effort to find a way out. The Prophet (may Allah exalt his mention) said: “Whoever refrains from asking from people, Allah will help him…” [Al-Bukhari & Muslim]

Minds his own business

A sign of one’s excellence in Islam, is his ignoring what does not concern him. The Muslim should only participate in what concerns him, such as anything that is his property, right, obligation or under his control. To be concerned with something entails preserving and taking care of this thing that one is allowed to be concerned with. The Prophet (may Allah exalt his mention) said: “A sign of a person’s being a good Muslim is that he should leave alone that which does not concern him.” [At-Tirmithi]

Never searches for others’ faults

The Muslim never searches for people’s faults or slander their honor. He doesn’t slip into the error of pride, boasting and showing off. He judges fairly, is never unjust (even to those whom he does not like) or biased by his own whims, and avoids suspicion. He does not rejoice in the misfortunes of anyone. He carefully avoids uttering any word of slander, cursing, malicious gossip and foul language.

Never makes fun of others

He does not make fun of people but is gentle, kind, compassionate and merciful, strives for people’s benefit and seeks to protect and help them.

One of the virtues of such great value and importance that Islam, not only recommends but also orders Muslims to characterize themselves with, is generosity. Therefore, the Muslim is generous and gives freely without waste to those who are in need. When he gives, he does not remind people of his generosity. He is patient, tries hard to control his anger and is forgiving. He does not bear grudges or resentments, and is easy on people, not hard.

Never an envious one

One of the worst diseases of the heart is envy, which leads to foul conduct and bad behavior. Therefore, the Muslim is not envious, because he knows that the pleasures of this life are as nothing in comparison to the reward that Allah has prepared for the believers, and that whatever happens in life happens according to the decree of Allah.

The Muslim, who truly understands the teachings of his religion, is gentle, friendly, cheerful and warm. He mixes with people and gets along with them. He is humble and modest, and does not look down at other people. He is lighthearted and has a sense of humor and does not disdain others. His jokes are distinguished by their legitimate Islamic nature. He is keen to bring happiness to people. It is an effective means of conveying the message of truth to them, and exposing them to its moral values, because people only listen to those whom they like, trust and accept.

The Muslim keeps secrets; keeping secrets is a sign of maturity, moral strength, wisdom and balanced personality. He is concerned about the affairs of people in general. He is happy to welcome his guests and hastens to honor them.

The Prophet (may Allah exalt his mention) said: “Every religion has a (distinct) characteristic and the characteristic of Islam is modesty.” [Ibn Majah] The Muslim adheres to the principle of modesty in all things. He does not accept every custom that is widely accepted by others, for there may be customs which go against Islam.

The Muslim does not enter a house other than his own without seeking permission and greeting people. He sits wherever he finds room when he joins a gathering. He avoids whispering and conversing privately when he is in a group of three. He gives due respect to elders and those who deserve to be respected (like scholars etc.).

Calling others to the truth with wisdom and good advice

Allah Almighty Says (what means): “Invite mankind to the way of your Lord with wisdom and beautiful preaching; and argue with them in ways that are best and most gracious.” [An-Nahl 16:125] The Muslim is aware of his duty to call others to Islam and does not spare any effort to do so. He enjoins what is good and forbids what is evil and mixes with righteous people. He visits the sick cheerfully. He attends the funeral of the Muslim and accompanies the body until it is buried.

Excerpted with editorial modifications from islamweb.net.