The Prophet’s Mercy towards the Elderly (P. 2/2)

Easy Rulings for the Elderly 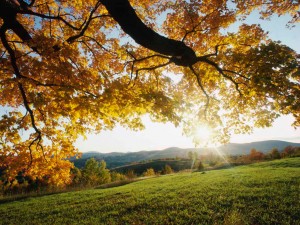 Shari`ah always adopts leniency and ease with persons having excuses, such as the elderly. This can be noticed in expiations and obligations required from them.

The best evidence of easing expiations for the elderly is the story of Khawlah bint Tha`labah, which was mentioned at the beginning of Surat Al-Mujadilah. Her aged husband, Aws ibn As-Samit, who was also her cousin, pronounced zhihar (declaring her unlawful to him as a wife, while at the same time not divorcing her so she can remarry). Thereupon the general Islamic ruling concerning zhihar was revealed:

After this revelation the Prophet (peace and blessings be upon him) spoke to Khawlah:

Concerning obligations, Islam exempts the elderly who cannot bear fasting the month of Ramadan from observing this obligation, but requires them to feed a poor person for each day that they miss. Also, the elderly who cannot pray standing up are allowed to pray sitting down; if they cannot pray sitting down, they are allowed to pray lying on a side.

In addition, it is authentically reported that the Prophet once rebuked Mu`adh ibn Jabal when he led people in prayer and prolonged it:

The Prophet said to him, “O Mu`adh! Are you putting the people to trial? [Thrice] It would have been better if you had recited Sabbihisma Rabbika-l-a`la [Surah 87], Wash-shamsi wa duhaha [Surah 91], or Wal-layli idhayaghsha [Surah 92], for the old, the weak, and the needy pray behind you.” (Al-Bukhari)

Also, Islam allowed the elderly who cannot perform Hajj to delegate another person to perform it on their behalf. Al-Fadl narrated that a woman from the tribe of Khath`am came to the Prophet (peace and blessings be upon him) and said, “O Allah’s Prophet! The obligation of Hajj has become due on my father while he is old and weak, and he cannot sit firm on the mount; may I perform Hajj on his behalf?” The Prophet (peace and blessings be upon him) replied, “Yes, (you may)” (Muslim).

Examples of the Prophet’s Mercy

Having discussed the Islamic code of treating the elderly, it is now appropriate to give some practical examples from the Prophet’s life. We will see him listening politely and respectfully to an elderly polytheist, seeking to release an elderly man captured by Quraish, and honoring an elderly person and ordering him to improve his appearance.

Listening to an elderly polytheist respectfully. Ibn Kathir, in his biography of the Prophet, narrated that `Utbah ibn Rabi`ah, one of the chiefs of Makkah’s polytheists, came to the Prophet trying to dissuade him from his call. He addressed the Prophet in a ridiculing manner, “Are you better than `Abdullah (the Prophet’s father)? Are you better than `Abdul-Muttalib (the Prophet’s grandfather)?” But the Prophet did not respond to those degrading remarks. `Utbah continued, “If you say that they are better than you, then they worshiped the gods you criticize; and if you claim that you are better than they, you can proclaim this loudly in order to be heard. You exposed us before the Arabs until it was spread among them that the Quraish has a magician or a monk. Do you want us to unsheathe the sword and engage in a bitter war until annihilation?”

When `Utbah noticed the politeness of the Prophet, he changed his offensive tone and continued, “Oh my nephew! If you desire money and wealth by preaching what you are preaching, we will collect enough for you from our own. We will make you the wealthiest of all of us. If it is chieftainship that you desire, we are ready to make you our paramount chief, so that we will never decide on a matter without you. If you desire rulership, we will make you our ruler. And if this condition that you call revelation is a jinn whose grip you cannot escape from, we are ready to call the most distinguished physicians of time to examine you, and we will spend generously till you are completely cured. For sometimes a jinn seizes hold of a victim totally till the former is exorcised.”

When `Utbah finished his impudent speech, the Prophet (peace and blessings be upon him) asked him politely, “Is that all, Abu Al-Walid?” “Yes,” he replied. “Then listen to me,” the Prophet said to him. “I will,” agreed `Utbah. Then the Prophet recited the beginning of Surat Fussilat (41).

Seeking to release an elderly captive. In his biography of the Prophet, Ibn Hisham reported that when the Muslims captured `Amr ibn Abi Sufyan ibn Harb in the Battle of Badr, it was said to Abu Sufyan, “Pay for the ransom of your son `Amr.” However, Abu Sufyan answered, “Must I lose twice! They have killed Handhalah and now I must pay for the ransom of `Amr! Let him stay with them, they can keep him as long as they wish.” Afterwards an old man called Sa`d ibn An-Nu`man of the tribe of Banu `Amr ibn `Awf departed for Makkah to perform `Umrah. In spite of the critical political conditions, especially after the Battle of Badr, Sa`d ibn An-Nu`man thought that he would not be captured in Makkah since the Quraish did not harm pilgrims. However, Abu Sufyan attacked him and held him hostage until the Muslims in Madinah released his son. Some people of the tribe of Banu `Amr ibn `Awf went to the Prophet (peace and blessings be upon him) and told him what had happened to their relative. They asked him to give them the son of Abu Sufyan to free Sa`d ibn An-Nu`man from captivity. The Prophet (peace and blessings be upon him) released the son of Abu Sufyan without a ransom and then sent him to his father who, consequently, released the old man.

Treating the elderly gently. Ibn Kathir tells the following in his biography of the Prophet. When the Prophet (peace and blessings be upon him) entered Makkah in Ramadan AH 8 (January 630) and entered the Sacred Mosque, Abu Bakr brought his father, Abu Quhafah, to the Prophet to embrace Islam. When the Prophet saw him, he said to Abu Bakr, “Why didn’t you leave the old man at his house and I would’ve gone to him there?” Abu Bakr said, “You are more deserving of him coming to you than he is of you going to him.” The Prophet seated Abu Quhafah in front of him and honored him. Then he passed his hand on Abu Quhafah’s chest and asked him to embrace Islam and Abu Quhafah did. The Prophet, noticing that Abu Quhafah’s hair was white, directed that his hair be dyed.

These are just few examples of the Prophet’s gentleness, mercy, and respect towards the elderly. These examples, and many others, translate the sublime Islamic code of ethics for treating the elderly and provide Muslims, generation after generation, with a practical model that they should follow. Such care for the elderly is in line with the Islamic principle of the dignity of the human being and with the spirit of solidarity and mercy that pervades the Muslim society.

Muhammad Mus`ad Yaqut is an Egyptian preacher and  researcher. He prepares and presents programs on the Egyptian TV and other Arab satellite channels. He is a member of the Afro-Asian Writers’ Association.