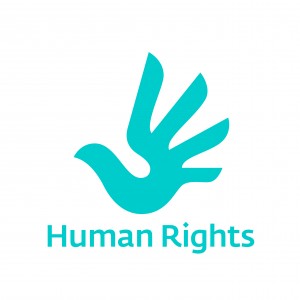 Justice is the Will and Design of God. It is also the underpinning for the body of Islamic normative law which provides the intellectual framework to understand and address all of reality.

The Legacy of Love, Truth, and Justice

The legacy of the Prophet Muhammad is a revival of the essence of all religions.

He revitalized personal awareness and loving awe of God leading to piety, which is a core aspect of taqwa, and a resulting commitment to truth and justice.

These two pillars of Islam and of every world religion reinforce each other. The neglect of either one can result in extremism. Without love and mercy, the pursuit of justice can result in cruelty and oppression. And without commitment to truth and justice, one’s love of God is powerless in the world.

The two basic philosophical principles of Islam are known as monotheism and balance. Monotheism refers to the concept that everything in the universe is interrelated with everything else in a coherent whole, and that this unity is the inevitable result of the oneness of the ultimate, the Creator of all, whom Muslims refer to as Allah (God).

Balance, the second philosophical principle, emanates from the first one. Since God created the universe as a balanced whole, a task of every human is to help maintain this perfect balance by avoiding extremism. This maintaining of balance and avoiding extreme thought, policy or action that neglects other necessary principles, applies to all facets of life including human interaction with the ecosystem or personal moral imprint on one’s own life activities and relationships.

A framework for maintaining balance in life is provided by Islamic law and is its very purpose. This framework is a hierarchical system of human responsibilities and rights. For example, one has a responsibility to defend one’s family and community, and one has an equal responsibility to respect individual human life. Therefore, those who kill innocents in the alleged defense of their community clearly have lost balance. This violates the design of God. It is extremist and therefore immoral.

The indignities of miserable poverty and political oppression can produce alienation, desperation, and extremism. Unfortunately, Muslims have suffered more than their share of both these causes and effects; but regardless of how understandable the source of extremism, the resulting indiscriminate violence and aggression is immoral and Islamically abhorrent.

Extremism does not have to result from indignities, but it all too often does unless there is a source and framework for hope. The source must be spiritual, based on piety. The framework must be a coherent body of human responsibilities and rights, based on a mutually reinforcing combination of divine guidance through revelation, and natural law (signs of divine order in the universe). Without this intellectual framework, people wander in an intellectual void, and this, in turn, can produce a spiritual malaise.

Over the long run, the most productive initiative, available to the still largely silent majority of Muslims, to marginalize and disempower Muslim extremists is to fill the intellectual and spiritual void that serves as an ocean in which the extremists can sail, casting their spurious safety ring buoys to those drowning in poverty and humiliation. One way to fill that void is to ally with like-minded Americans of other faiths to create mutual understanding of how classical Islamic ideals, as all classical religious principles and values, are consonant with classical American ideals, even though many people do not understand or live up to the respective ideals.

Teaching and emphasizing that the founders of America and the great scholars of Islam shared a similar vision for a society based upon truth, justice, and mercy is one good way to nurture a commonality of purpose in life. Those who are willing to envision a society of individuals who transcend their own self-centered interests and join together in a single pluralist community lay down a template for hope that pushes beyond conspiracy theories and the emptiness of a life constrained by ruthless survival demands.

The Framework of Justice

Justice is the Will and Design of God. It is also the underpinning for the body of Islamic normative law which provides the intellectual framework to understand and address all of reality. Muslims need to emphasize the universal Islamic principles, known as the “maqasid al shari`ah”, which spell out precisely the human rights that some critics have asserted do not exist in Islam. These principles, following the methodology instituted by the Prophet Muhammad and superlatively elaborated on six centuries ago by Al-Shatibi, are considered to consist of seven responsibilities, the practice of which actualize the corresponding human rights.

The first one, known as haqq al-din, provides the framework for the next six in the form of respect for a transcendent source of truth that guides human thought and action. God instructs us in the Qur’an:

Recognition of this absolute source of truth and of the responsibility to apply it in practice are needed to counter the temptations toward relativism and the resulting chaos, injustice, and tyranny that may result from de-sacralization of public life.

Each of the seven universal principles is essential to understand the next and succeeding ones. The next three universal principles are necessary to sustain existence. First of these is haqq al-nafs or haqq al-ruh, which is the duty to respect the human person. The spirit of every person was created by God before and outside of the creation of the physical universe and is constantly in the presence of God. This is the basis of the intimate relationship between God and the individual as expressed in the Qur’anic verse:

At the secondary level of this principle of respect of human, lies the duty to respect life. This provides guidelines for what in modern parlance is called “the doctrine of just war.”

This principle teaches also that a community at the level of the nation, of a people who share a common narrative of the past, common values in the present, and common hopes for the future, such as the Palestinians, Kurds, Chechens, Kashmiris, the Uighur in China, and the Anzanians in the Sudan, have legal existence and therefore legal rights in international law. This opposes any national or international entity that operates on the principle of “might makes right.”

The fourth principle is the duty to respect the rights of private property in the means of production. This requires respect for institutions that broaden access to capital ownership as a universal human right and as an essential means to sustain respect for the human person and human community. This principle requires the perfecting of existing institutions to remove the barriers to universal property ownership so that wealth will be distributed through the production process rather than by redistribution from the rich to the poor through taxation, monetary policy, or other means. Such redistribution can never have more than a marginal effect in reducing the gap between the inordinately rich and the miserably poor.

The last three universal principles in Islamic law primarily concern what we might call the quality of life. The first is the right of freedom, which requires respect for self-determination of both persons and communities through political freedom, including the concept that economic democracy (which includes such ideas as giving citizens a voice in economic decision-making and ensuring that the collective well-being is not subordinated to private profit) is a precondition for the political democracy of representative government.

The secondary principles required to give meaning to the parent principle of right of freedom and carry it out in practice are: khilafa, the ultimate accountability of both the ruled and the ruler to God; mutual consultation, to ensure the responsiveness of the ruler to the ruled, which must be institutionalized in order to be meaningful; the duty of policymakers, by engaging in consultation, to reach a consensus on any specific issue; and an independent judiciary.

The sixth principle is respect for human dignity. The two most important requirements for individual human dignity are religious freedom and gender equity. In traditional Islamic thought, freedom and equality are not ultimate ends but essential means for each individual to pursue the higher purposes inherent in the divine design of the Creator.

The last universal or essential principle at the root of Islamic jurisprudence, which can be sustained only by observance of the first six principles and also is essential to each of them, is respect for knowledge. Its second-order principles are freedom of thought, press, and assembly so that all persons can fulfill their purpose to seek knowledge to whatever degree they choose and in all ways available.

This framework for human rights is at the very core of Islam as a religion. Fortunately, this paradigm of law in its broadest sense of moral theology is now being revived by what is still a minority of courageous Muslims. They are determined to fill the intellectual gap that has weakened the Muslim nation for more than six hundred years. This revival can be part of a spiritual renaissance in all faiths, a reawakening that can transform the world.

This article is taken with slight editorial modifications from Message International www.messageinternational.org.

Dr. Robert Dickson Crane is the former adviser to the late President Richard Nixon. A convert to Islam, Dr. Crane has authored or co-authored more than a dozen books on comparative legal systems, global strategy, and information management.

2 thoughts on “The Role of Human Rights in Islamic Law”