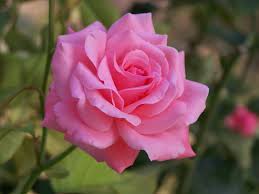 When all the refugee Muslims were assembled in the court, he announced the news of Umm Habibah’s marriage.

Waraqah bin Nawfal, ‘Uthman bin Huwayrith bin Asad, Zayd bin ‘Amr bin Nafil and ‘Ubaydullah bin Jahash were four friends who were disheartened by idol worship in Arabia. They used to get together and discuss this. One night they came to a decision to search the pure religion of Ibrahim which was the straight path of righteousness. After meeting they moved in different directions to find the pure religion of the Prophet Ibrahim.

His cousin Khadijah had taken Muhammad (peace and blessings be upon him) to him on the occasion of the first revelation in the cave of Hira. Waraqah told her that it was the same Angel in the cave who delivered Messages from Allah to earlier Prophets, and that Muhammad must be the chosen Last Messenger, whose coming was foretold in both the Torah and the Injil. He would soon be elevated to that great position, and the whole nation would turn against him and he would be forced to flee his motherland. He passed away before Muhammad (peace and blessings be upon him) openly declared himself the Last Prophet of Allah.

‘Uthman bin Huwayrith bin Asad, traveled to Syria, and worked as a missionary for Christianity. He became a close friend of the Roman Emperor Caesar and was elevated to the papal position.

Zayd bin ‘Amr bin Nafil stopped worshipping idols. He gave up eating dead animals and drinking their blood. He hated eating the flesh of the animals sacrificed and often talked of the pure religion of the Prophet Ibrahim (peace and blessings be upon him). He too died before the proclamation of Muhammad as the Messenger of Allah.

It was around this time that Makkah was shaken by the news that Muhammad (peace and blessings be upon him) was rejecting all the idols. He invited people to worship Allah and proclaimed he was His Last Prophet and Messenger. The wise daughter of Abu Sufyan, Ramlah, accepted Islam and so did her husband. His two brothers ‘Abdullah bin Jahash and Abu Ahmad bin Jahash had also become Muslims. Her sisters, Zaynab bint Jahash and Hamnah bin Jahash too entered Islam. The former had joined the select group of the Mother of the Believers. The whole family was fortunate to have obeyed the call to Islam, but while in Abyssinia ‘Ubaydullah had the misfortune to reject Islam after having accepted it.

Abu Sufyan Sakhr bin Harb was a chieftain of the Quraysh, who led the disbelievers in many of their wars against the Muslims. Besides his daughter Ramlah, he had two sons, Yazid and Mu’awiyah. Ramlah accepted Islam when the Muslims were facing a lot of opposition and were being cruelly persecuted. Abu Sufyan was a very powerful man, but he was helpless in the matter of his daughter Ramlah. She was a helpless frail girl, but he could not stop her from accepting Islam, when she openly declared herself a Muslim.

Meanwhile, after surveying the situation the Prophet (peace and blessings be upon him) decided that the staunch supporters of Islam had taken enough of the oppression from the Quraysh. They would have to migrate, and he ordered them to leave for Abyssinia, where the ruler was known for his kindness and hospitality to refugees from tyrannical rule.

Ramlah bint Abu Sufyan and her husband were among the second group of migrants who left for Abyssinia. There Ramlah gave birth to a girl, Habibah so Ramlah was now known as Umm Habibah. The days passed swiftly for her as she kept busy seeing to the upbringing of her little daughter; and any free time was spent in prayer and meditation.

One night she dreamt that her husband’s face was mutilated. She woke up panic stricken, but was too nervous to talk about her dream to her husband. A few days later he told her that he originally had been a Christian and then converted to Islam. But since coming to Abyssinia he had given a great deal of careful consideration and concluded that Christianity offered the best system of beliefs for leading a successful life. Hence he was recanting and going back to the fold of Christianity. He advised her to do the same and become a Christian.

Immediately it struck Ramlah that this was what her dream meant. The metamorphosis of her husband’s face from a superior to a lower form and its mutilation, meant that he had lost his identity as a Muslim. Then she told him about her dream, hoping that this at least would instill the fear of Allah in his heart. But he was too far gone on the downward road; not only his face but his heart had been mutilated. He started drinking and was so addicted that he was drunk for most of the time. Umm Habibah was now growing desperate, worrying about the future of her daughter and herself. She prayed to Allah to give her the strength to remain steadfast in her faith.

After some time ‘Ubaydullah died due to heavy drinking. Umm Habibah was relieved, of course, but what was she to do now, how was she to survive? Only two activities kept her occupied – the upbringing of her daughter and her prayers. She would sometimes get together with the other Muslim ladies in Abyssinia to talk of the latest developments. Ruqayyah, the daughter of the Prophet (peace and blessings be upon him), Asma’ bint ‘Umays and Laylah bint Abi Hashmah were the great ladies with whom she would spend her free time. But these ladies too soon returned home. Still, there were other ladies with whom she was friendly and she would remain patient.

Years passed and the map of the Islamic world changed and battles continued to be fought. The Treaty of Hudaybiyah was signed. One night while she was fast asleep she dreamt someone called out to her, “Mother of the Believers”. When she woke up she felt a great sense of not just happiness, but ecstasy. During the time, the Prophet (peace and blessings be upon him) had migrated to Al-Madinah, and the first Islamic State had been established. Someone, while talking to him about the state of affairs in Abyssinia, mentioned that Umm Habibah, the daughter of a wealthy and noble family was living from hand to mouth. After the husband had recanted and died, and she was living under tragic circumstances. When the Prophet (peace and blessings be upon him) heard this, he sent ‘Amr bin Umayyah to Najashi with the message that if Umm Habibah liked she could marry him.

When Najashi got the message he sent his slave girl Abraha to Umm Habibah. Umm Habibah was overjoyed when she heard of the proposal, she was so happy that she rewarded Abraha with all the silver jewellery she was wearing – bangles, anklets and rings. Abraha also told her she should appoint someone as her representative for the ceremony. Umm Habibah nominated her relative from the tribe of Quraysh, Khalid bin Sa’id bin ‘Aas.

That very evening Najashi sent a message to Ja’far bin Abi Talib asking him to bring all his Muslim friends to his palace. When all the refugee Muslims were assembled in the court, he announced the news of Umm Habibah’s marriage. After praising Almighty Allah he said he had received a request from His Messenger to arrange for his marriage with Umm Habibah, and he was giving her a dowry of four hundred Dinars.

‘All Praise is for Allah, and I praise Him, seek His help and ask His forgiveness. I bear witness that None has the right to be worshipped but Allah and Muhammad is His Servant and His Messenger, to whom He has sent with true Religion and a guidance to the Right Path to overpower His Religion over all the false religions though the polytheists will not like it. I have accepted the proposal of the Prophet (peace and blessings be upon him) and married Umm Habibah bint Abu Sufyan to him. May Allah bless this marriage and make it fruitful for Muhammad (peace and blessings be upon him).

Najashi then gave four hundred Dinars to Khalid bin Sa’id. When all the guests rose to leave, Najashi asked them to stay on for a dinner he arranged in celebration of the marriage.

Umm Habibah was so grateful to Allah for the honor bestowed on her by making her one of the Mothers of the Believers that she sent for Abraha and gave her a sum of fifty Dinars. She said by the Grace of Allah she now had plenty, and apologized for not having rewarded her earlier in a suitable manner, as she had that time nothing but the little pieces of jewelry she had given her. She asked Abraha to make clothes and jewelry for herself. Abraha respectfully presented her with a little bag. It contained some very expensive perfumes which Najashi had asked his wives to send for Umm Habibah. And Abraha presented her with the same jewelry she had received earlier from her, apologizing for her lack of resources. She also sent a message for the Prophet (peace and blessings be upon him), saying she had embraced Islam, but had kept it a secret. She said when Umm Habibah met the Prophet (peace and blessings be upon him), beloved of all Muslims, she should convey her greetings without fail and this would be the greatest favor she could do for a poor woman.