Who Was Al-Izz ibn Abdus-Salam? 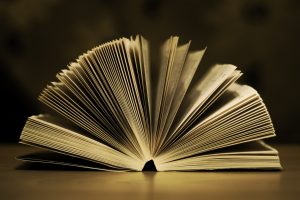 The Ayyubid ruler of Egypt Najmuddin Ayyub was known for his austere and awesome personality, despite the fact he was at the same time very decent and bashful. It is reported that even his princes would not dare to talk to him (out of awe) unless he asked them to do so.

On an ‘Eid holiday, the Sultan headed the grand celebrations, surrounded by his guards and many celebrities, while the princes passed to greet him with great reverence.

On this awesome and glorious occasion, our hero Al-Izz ibn Abdus-Salam remembered that there were shops publicly selling wine in that Muslim State. He confidently went up to the Sultan and addressed him, “O Ayyub! What will your answer be to Allah when He asks you on the Day of Judgment, ‘Have I not given you the sovereignty over Egypt and you allowed intoxicant drinking?'”

The Sultan, taken by surprise, asked, “Has this really happened?”

Al-Izz ibn Abdus-Salam answered, “Yes, such and such shops sell wine and other sinful things, while you are busy in the luxuries of your kingdom.”

The Sultan answered, “Sir, this is not my doing. It has been there since my father’s days.”

Our hero asked, “Are you of the people about whom the Qur’an reports to have said: ‘We have found our fathers on a path, and we are following them?’ (A reference to the disbelievers’ typical response to their prophets).”

The Sultan immediately issued a decree that the wine shops be closed.

“My son,” came the answer, “I saw him (the Sultan) in that state of pomposity. So I wanted to humiliate him lest he might become vain, hence hurt himself (spiritually).”

Al-Baji asked: “Were you, Sir, not afraid of him?”

“By Allah, my son, I was filled with awe from Allah the Almighty so the Sultan became like a cat in my eyes.”

But who was Al-Izz ibn Abdus-Salam who dared to address a fearful and powerful king of his time?

Our hero was born in Damascus in the year 577 or 578H to a poor and obscure family. As a young man, he used to live in a place provided for poor students next to the Damascus Mosque. Due to his diligence and intelligence, he reports, “I never needed to finish my study with a teacher. For as soon as I got to the middle, my teacher would say to me, ‘You have digested the subject. You have no need for me, and you can depend on yourself to finish it.’ But I would not leave my teachers until I completed studying the specified course of study in that field.”

His Thirst for Knowledge

His thirst for learning made him unsatisfied with the education he got from the Damascus scholars. He went to Baghdad in 597H (at the age of twenty) to learn from its scholars. We are told that even at the age of sixty when our hero had already become a very well-known scholar in his own right, he would not hesitate in attending sessions conducted by some reputable Egyptian scholars in Cairo.

Naturally, our hero did not keep his learning for himself, since he actively participated in the scholarly activities of his time. He taught at Damascus schools and in Cairo as well, wherein the latter he spent the last twenty years of his life in teaching and writing. At Damascus, he was involved in the prestigious activity of giving religious consultation and views, sometimes in contradiction and defiance to officially supported ones.

An example of this was our hero’s view on the Qur’an (Words of Allah), which contradicted that of the Sultan in Damascus, Al-Ashraf Musa ibn Al-Adil. This caused the Sultan to issue decrees that our hero stops giving religious rulings and verdicts and be confined to his house.

The response of Al-Izz to the minister who conveyed the decree to him were expressions of gratitude to the Sultan for relieving him of that difficult task and for giving him the opportunity to be free to himself in order to concentrate more on his studies and devotions.

Both in Syria and in Egypt our hero also delivered sermons in the principal mosques. It was in the mosque of Damascus that he denounced the Sultan’s alliance and confederation with the enemies of the faithful against his own brother.

And in Damascus, our hero defied the authorities by issuing a religious ruling that people should not sell arms to the crusaders, who were allies to Sultan As-Saleh Isma’il. The actions brought the wrath of the Sultan on the head of our hero who was then imprisoned.

His Travel to Egypt

Upon his release in 639H, Al-Izz ibn Abdus-Salam went to Egypt where he was given a warm welcome by its King Najmuddin Ayyub and was appointed Judge, then Chief Judge and Khatib (sermon giver) in the central mosque in Egypt. It was in his post as Chief Judge in Egypt that our hero defied the ruling authorities in the most daring acts of his life. The first act was the public sale of the ruling Mamluk princes.

Seller of the Princes

History tells us that upon his appointment as Chief Judge, he noticed that the Mamluk princes (who were originally purchased by Sultan Najmuddin Ayyub with money from the public treasury) acted like free men in transactions not permitted by the law for men of their status as bondsmen. Al-Izz would not validate those transactions. When they talked to him, he pointed out that they should be sold and that their price is returned to the Public Treasury, then they could be officially freed.

It was only then that their transactions would be valid. Naturally, those princes and army commanders were enraged by the idea. When the Sultan heard of this encounter he remarked that that was none of the business of the Chief Judge. Our hero resigned from the post and started to leave the country.

But thousands of people from all spheres of the Egyptian society followed him in a huge march, which forced the Sultan to apologize to him and to ask him to return to his post. Al-Izz accepted to return to his job with the provision that the religious ruling regarding the princes is implemented. Thus, the Sultan agreed.

However, the Mamluk princes were infuriated and attempted to assassinate our hero, but through the grace of Allah, their leader was awestruck when he raised the sword to strike Al-Izz. He was mesmerized upon seeing the defenceless old man courageously facing him, and the sword dropped from his hand. The assistant leader wept and asked for forgiveness, and the auction took place (a unique auction in history where ruling Mumluk princes were sold in public).

For this daring act our hero, who died in 660H, will always be remembered. But that was only one of the many instances of Al-Izz ibn Abdus-Salam’s memorable contributions to the history of Islamic heroism.

Adapted from Heroes of Islam, Darussalam, 2000, with minor editorial adjustments.