Death Is Not the End 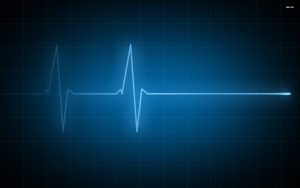 Death is the end of merely the life of this world—thus the end of the trial—and the beginning of the next life.

Death Is Not the End

“Every self will taste death. We test you with both good and evil as a trial. And you will be returned to Us.” (Al-Anbiya’: 35)

Death, which is certain to happen to all of us, is a very important fact in one’s life. We can never know exactly what we will experience in an hour or even in the next moment. This being the case, it is obvious how wrong it would be to plan our lives based on events that may never happen.

Death, on the other hand, is the only thing that is certain to happen. Only the recognition of this basic truth makes us understand that we must found our lives according to it. Death is also a part of the trial of man. God informs us in the Qur’an that He created death and life to try man:

“He Who created death and life to test which of you is best in action. He is the Almighty, the Ever-Forgiving.” (Al-Mulk: 2)

Death is the end of merely the life of this world—thus the end of the trial—and the beginning of the next life. For this reason, believers have no fear of death. The thought of death does not distress them, because, every moment of their lives is spent in the pursuit of good deeds as preparation for the hereafter.

For disbelievers, however, fear causes them great distress, because they consider it a complete annihilation. Thus, they avoid all thought of death. Nevertheless, it is futile. No soul can escape death when the predetermined time for it has come. This, in a verse, is stressed as follows:

“Wherever you are, death will catch up with you, even if you are in impregnable fortresses…” (Al-Nisa’: 78)

To avoid the thought of death is to avoid the truth. As death will eventually catch up with man sooner or later, it is wise to conduct oneself with a mind busy with the thought of death. This is the rational disposition by which believers abide. Until death comes upon them, they engage in good deeds, as God commands us in the Qur’an:

“And worship your Lord until what is Certain comes to you.” (Al-Hijr: 99)

Thinking about death strengthens one’s spirit and will. It prevents one’s lower soul from leading him astray, by being lured through the false temptations of this world. It instills him with the resolve and determination to avoid all forms of behavior unpleasing to God. It is for this reason that a believer must often think about death, never forgetting that all people, including himself, will someday die.

From the Qur’an, we learn what really happens to someone who dies, and what he or she actually experiences and feels. When we see someone dying, we only observe his “biological death.” The truth is, however, the dying person, though in a totally different dimension, confronts the angels of death. If he is a disbeliever, his death causes him great pain. The angels of death, after extracting his soul, beat and torment him. A disbeliever’s trauma is described as follows:

“…If you could only see the wrongdoers in the throes of death when the angels are stretching out their hands, saying, “Disgorge your own selves! Today you will be repaid with the punishment of humiliation for saying something other than the truth about God, and being arrogant about His Signs.” (Al-An`am: 93)

“How will it be when the angels take them in death, beating their faces and their backs? That is because they followed what angers God and hated what is pleasing to Him. So He made their actions come to nothing.” (Muhammad: 27-28)

On the contrary, death promises great joy and bliss for the believers. Contrary to disbelievers, whose souls are torn from them violently, the souls of believers are drawn from them gently. (Al-Nazi’at: 2) This experience is similar to the case of the soul in sleep, which leaves the body and moves into a different dimension (Al-Zumar: 42).

“Gardens of Eden which they enter, with rivers flowing under them, where they have whatever they desire. That is how God repays those who have fear for Him: those the angels take in a virtuous state. They say, ‘Peace be upon you! Enter Paradise for what you did.’” (Al-Nahl: 31-32)