Difficulties: True Character of the World 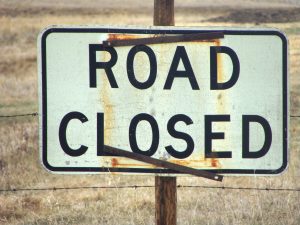 Accepting this nature of worldly life helps the servant acquire a basic virtue and cross a very important stop in his journey to Allah.

In his well-known book, Al-Hikam (Words of Wisdom), sheikh Ahmad Ibn `Ataa’illah As-Sakandari says: “Do not be surprised when difficulties happen in this worldly abode. It is only revealing its true character and identity.”

If the servant of Allah repents to Him, relies on Him, purifies his intention to Him, reflects on Him, and seizes the time, the light of faith will shine in his heart and his journey will draw closer to Allah. In any case, as Ibn `Ataa had said, “there is no real distance between you and Him so that you embark upon a journey. And the connection between you and Him is not cut so that you seek to mend it”.

However, it is one of Allah’s consistent and universal laws that when Allah loves someone, He will test him with trials in this world. Allah says:

“Do people think that on their mere claiming, “We have attained to faith”, they will be left to themselves, and will not be put to a test?” (Al-`Ankabut 29:2)

A claim of belief has to be put to test. Allah says:

“And most certainly We shall try you all, so that We might mark out those of you who strive hard in Our cause and are patient in adversity: for We shall put to a test the truth of all your assertions.” (Muhammad 47:31)

Trials vary but the expected reaction is the same; patience and piety.

“And most certainly shall We try you by means of danger, and hunger, and loss of worldly goods, of lives and of labor’s fruits. But give glad tidings unto those who are patient in adversity” (Al-Baqarah 2:155).

“You shall most certainly be tried in your possessions and in your persons; and indeed you shall hear many hurtful things from those to whom revelation was granted before your time, as well as from those who have come to ascribe divinity to other beings beside God. But if you remain patient in adversity and pious – this, behold, is something to set one’s heart upon” (Aal `Imran 3:186)

Allah announces that this worldly life is worth very little. So, if He deprives a person of this worldly life or part of it and guides him to repentance and bestows on him His mercy and paradise instead, then what a great deal! Therefore, the Prophet (peace and blessings be upon him) said: “The most severely tested people are the prophets, then the next best, then the next best. A man will be tested in accordance with his level of commitment to God” (Ibn Hibban).

For this reason, if life is full of difficulties and challenges, one should not be surprised or asks why. It is as if Ibn `Ataa is asking us: What is the name of this world? The answer in Arabic is ‘ad-dunya’, which literally means the lower life. Therefore, it is not surprising if bad conditions, unpleasant manners, and fatal consequences reveal themselves, because these things are derived from the very character and nature of this lower worldly life.

Accepting this nature of worldly life helps the servant acquire a basic virtue and cross a very important stop in his journey to Allah. It is patience with tests. Patience is a characteristic that gets the servant into God’s Presence, as mentioned before: “God is with those who are patient in adversity” (Al-Baqarah 2:153). And if we are in Allah’s Presence, then why would we worry?

“God has laid no hardship on you in anything that pertains to religion” (Al-Hajj 22:78).

The Prophet saw an old man walking, supported by his two sons, and asked about him. The people informed him that he had vowed to travel on foot to the Ka`bah. The Prophet said: “Allah is not in need of this old man’s torturing himself,” and ordered him to get a ride to the Ka`bah. (An-Nasaa’i) It is not ‘patience’ to torture oneself or cause it harm.

As for patience in avoiding evil (2), it means that a believer should stay away from committing what God has forbidden. For one example, we read in the Qur’an about Prophet Yusuf/Joseph and one of the tests he was put to.

“And it so happened that she in whose house he was living conceived a passion for him and sought to make him yield himself unto her; and she bolted the doors and said, “Come you unto me!” Joseph answered: “May God preserve me!”” (Yusuf 12:23).

There is a great reward for this type of patience. The Prophet (peace and blessings be upon him) says that one of the seven persons whom Allah would give protection with His Shade on the Day when there would be no shade but that of Him is “A man whom a beautiful woman of high rank seduces for adultery, but he rejects by saying: I fear God.” (Al-Bukhari and Muslim)

Refraining from committing sins is a condition for purifying one’s heart. Allah says about the hypocrites:

“Indeed, We tested them through suffer­ing, but they did surrender to their Sustainer; and they will never humble them­selves” (Al-Mu’minun 23:76).

When a person faces some problems, then he/she is at a cross-road; either to repent and surrender to Allah, or to fall into sins, which means failing the test.

At a higher level, patience with Allah’s tests requires one to refrain from even complaining about the test. This is called ‘beautiful patience’, as Allah tells us about the story of Prophet Jacob (peace be upon him), when he said: “I will only show beautiful patience” (Yusuf 12:18), and “it is only to Allah that I complain of my deep grief and my sorrow” (Yusuf 12:86). Prophet Jacob (peace be upon him) complained only to his Lord and refused to complain to anyone else.

Being patient with Allah’s Decree on the level of the heart is the best type of patience. The believer attains this degree when he/she not only refrains from speaking about the difficulty, but also refrains from agonizing about it in his heart. The soul is always at peace, even at the peak of crisis. The Prophet said: “Genuine patience is at the first stroke of a calamity” (Al-Bukhari and Muslim).

If the believer is patient at the face of tests, he/she will advance in the way of Allah.

And in any case, adversity does not last forever.

Dr. Jasser Auda is an Associate Professor at Qatar Faculty of Islamic Studies (QFIS), with the Public Policy in Islam Program.