What Draws Man into Superficiality 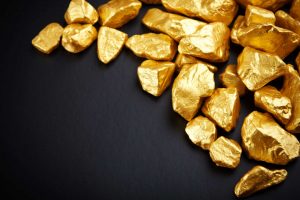 Those with superficial understanding look to such people for help, forgetting that Allah is the ultimate possessor of all things, and feel an exaggerated and insincere sense of respect for these people.

What Draws Man into Superficiality

It is not only crude and insincere, but basically a moral aberration that arises when a person does not appreciate the power of Allah as he should. Therefore, anyone with such a character needs not behave in such an absurdly exaggerated manner.

The fear of losing the esteem of others, preferring to gain their affection rather than the pleasure, love, and assistance of Allah leads an individual to act superficially. Besides, when confronted by certain things that happen to him, this individual becomes panic-stricken. He complains, becomes angry, and reacts superficially because he is unmindful that these events are under Allah’s control. These are all indications of superficiality.

But some people, unaware of this, think that superficiality has nothing to do with them and see themselves removed from such danger. It may lead them into error that they are careful to practice certain rules of etiquette. However, a person who acts politely in certain situations may actually be living superficiality, because superficiality is not limited to behavioral aberrations.

For example, one who attaches too much importance to decorum politeness may believe that certain events happen by chance, the others he is dealing with are separate and independent of Allah (surely Allah is beyond that) and act according to their own wills. He may never act without first considering what others may think—a way of thinking that does not justly appreciate Allah, and which is reflected by the actions, reactions and conversations of this individual. Someone unaware of the Qur’an’s moral teachings may regard this behavior as wholly normal.

But anyone who claims he is not superficial but who gets angry, weeps, and even becomes depressed for days when something undesired happens has a very superficial character and cannot understand the depth of faith as described in the Qur’an. A true Muslim knows that behind this behavior lies shallowness with regard to religion. Someone who knows Allah as he ought, knows the Qur’an and lives according to it, would never fall into such a state. Such untrusting behavior may indicate that an individual looks at events as separate forces, apart from Allah (surely Allah is beyond that), and does not realize that Allah is in control of everything.

As explicitly stated in the Qur’an, Allah is the One and Only god and He has infinite power:

Everything, animate and inanimate, exists according to His will. Every human must understand this truth and consider it carefully. To think otherwise and to associate His creations with Him is a great sin as revealed in the Qur’an:

“Allah does not forgive anything being associated with Him but He forgives whoever He wills for anything other than that. Anyone who associates something with Allah has committed a terrible crime.” (An-Nisa’: 48)

When we look into the Qur’an, we see that believing otherwise is one of the roots of superficiality in action and attitude. To act with the idea that any other being has the attributes of Allah brings with it artificiality in behavior, unnecessary refinement of manners, and meanness. Such an individual is given to anger, always pursuing small gains, trying to make others feel sorry for him or exaggerating his own importance. Having superior personal and moral qualities is characteristic of Muslims with nobility of spirit, who do not desire the things of this world and, in everything they do and think, turn only to Allah.

For example, if a person who is very knowledgeable assumes that his knowledge comes only from himself, his mind is superficial. This means that he has forgotten that the real possessor of all knowledge is Allah, that Allah has given him all the knowledge he has and can take it away whenever He wishes. Also, such a person does not consider that everyone, including himself, is absolutely helpless before Allah.

Another aspect of superficial thinking is that the ignorant admire such people. Their admiration is directed not only to knowledgeable individuals, but also toward attractive people, talented artists, sports figures and the wealthy. However, it is Allah Who has given them their beauty, talent, intelligence, and success. For example, when considering a person with material wealth, the important thing is not what he owns, but to realize he is a helpless servant of Allah.

Those with superficial understanding look to such people for help, forgetting that Allah is the ultimate possessor of all things, and feel an exaggerated and insincere sense of respect for these people. They ignore this truth that Allah reveals in the Qur’an:

“…Those you worship besides Allah have no power to provide for you. So seek your provision from Allah and worship Him and give thanks to Him…” (Al-‘Ankabut: 17)

We are told in another verse that some individuals do not realize that Allah has given them everything they possess:

“When harm touches man he calls on Us. Then when We grant him a blessing from Us he says, “I have only been given this because of my knowledge.” In fact it is a trial but most of them do not know it.” (Az-Zumar: 49)

One striking example of such a debased character provided in the Qur’an is a man called Qarun, to whom Allah gave great wealth. But instead of thanking Him, Qarun became avaricious:

“Qarun was one of the people of Musa but he lorded it over them. We gave him treasures, the keys alone to which were a heavy weight for a party of strong men…” (Al-Qasas: 76)

As this verse goes on to say, his people warned him about this:

But despite these warnings, be became spoiled by the gifts given to him and began to think that he deserved them:

“I have only been given it because of knowledge I have…” (Al-Qasas: 78)

From this verse, we can understand that Qarun ignored Allah’s generosity. In his arrogance, he claimed that his wealth came from his own abilities. Qarun’s superficiality can be seen in his avarice, overindulgence and from his own words. Among Qarun’s acquaintances, there were similar individuals who disregarded Allah, ignored the Afterlife and concentrated on this world. As revealed in the Qur’an, Qarun “went out among his people in his finery…” (Al-Qasas: 79). Allah tells us about the state of some of these individuals:

“…Those who desired the life of this world said, “Oh! If only we had the same as Qarun has been given! What immense good fortune he possesses.” (Al-Qasas: 79)

From this verse, we learn that these people admired Qarun. We can tell from their manner that they had a shallow way of thinking. We are told in another verse that devout, Allah-fearing and noble-spirited Muslims behave differently; they warn such ignorant people and remind them of the truth:

“But those who had been given knowledge said, “Woe to you! Allah’s reward is better for those who believe and act rightly. But only the steadfast will obtain it…” (Al-Qasas: 80)

But since superficiality prevents people from thinking deeply and seriously, these people were unaware of their own state as well as Qarun’s, right up until Qarun received from Allah the torment he deserved:

“We caused the Earth to swallow up both him and his house. There was no group to come to his aid, besides Allah, and he was not someone who is helped. Those who had longed to take his place the day before woke up saying, “Allah expands the provision of any of His servants He wills or restricts it. If Allah had not shown great kindness to us, we would have been swallowed up as well. Ah! Truly the disbelievers are not successful.” (Al-Qasas: 81-82)

From these examples, we can see that the correct course of action is to acknowledge that Allah alone has all intelligence, ability, wealth and knowledge, that His wisdom is infinite; and to praise and exalt Him for His wonderful manifestations in human beings. The Qur’an tells us that nobility among people lies solely in godliness:

“…The noblest among you in Allah’s sight is the one with the most taqwa [godliness, fear of Allah]…” (Al-Hujurat: 13)

Muslims feel respect and appreciation for people only because of the good moral character they manifest. They know that only the absolute power of Allah is to be revered, that they can expect help from Him alone. This truth is revealed in the Qur’an:

“They do not measure Allah with His true measure. Allah is All-Strong, Almighty.” (Al-Hajj: 74)

Because deniers are immersed in superficial culture, they have a shallow way of thinking. They overestimate some individuals but cannot appreciate the substantial intelligence and profound ideas of others. Throughout history, they have never appreciated the value of people with moral nobility, foremost the prophets. In their resentment, they have even been hateful and extremely aggressive to these blessed individuals for calling them to practice religious morality. In the Qur’an, Allah reveals the violence of their rejection:

“They said, “Shu‘ayb, We do not understand much of what you say and we see you are weak among us. Were it not for your clan, we would have stoned you. We do not hold you in high esteem!” (Hud: 91)

They deferred to some individuals and gave them esteem they did not deserve. Yet they did not appreciate the distinctive qualities, noble personality, faithfulness and moral character of the Prophet Shu‘ayb (as) whom Allah loved and chose. They were just influenced and intimidated by those close to him. Because of the depravity of their denial, these people preferred to live in the debased culture of superficiality, completely divorced from moral goodness and humanity.