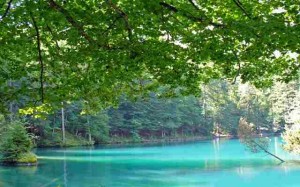 We can emerge from difficult times closer to Allah, stronger, united, more skilled, and more guided, but only if we know how to live through them and respond to them.

Whether you are a Syrian suffering from oppression and massacres by a criminal regime, an Egyptian fearing the brutal attacks of the corrupt supporters of the former government, a Palestinian who has lived his whole life under occupation, a Bengali who faces government crackdowns due to your political views, an American facing guilt by association and discrimination, or someone who observes all of these with a heavy heart, you are just an example of the difficult times our global Muslim community is going through. You may not be going through those trials but you may be faced with personal calamities, such as losing loved ones, facing financial difficulties, or dealing with family conflicts.

Difficult times are part of Allah’s laws in this universe; they are part of the tests that people go through.  They are not necessarily something evil, however. A difficulty we go through, on the contrary, could be a learning experience, a reminder, purification from sins and mistakes, a test of patience and perseverance, or all of these together.

We can emerge from difficult times closer to Allah, stronger, united, more skilled, and more guided, but only if we know how to live through them and respond to them.

There is no one to learn from who better responded to difficult times other than our beloved Prophet, Muhammad (peace and blessings be upon him). Not only was he a great man with noble character, he was also guided by revelations from Allah Almighty. Following his footsteps is essential to live a successful life and is part of us being Muslims. By definition, Muslims are the ones who bear witness that there is no god but Allah and that Muhammad is His Messenger. Therefore, following his example is an integral part of Islam.

The Prophet (peace and blessings be upon him) went through a lot of difficult times both on a personal and a community level. His life was extremely successful, yet it was the most challenging. By the will and the guidance of Allah, he was able to meet all the challenges he faced and come out of difficult times much stronger than ever before.

In this article, we will learn from our prophet some of the guidance to help us through difficult times we are going through and to enable us to use these challenges to our advantage.

We read the Prophet’s story hundreds of years after it was over. It is a successful story that contains one victory after another with a very positive final outcome. This positive experience masked all the difficult times in his life and we tend to overlook them when reading or relating the story, especially in the absence of deep analysis.

The fact of the matter is that the Prophet (peace and blessings be upon him) went through a lot of challenges and difficult times throughout his whole life. In one year, his uncle and his wife, who both supported him emotionally and physically, died. In the very same year, he was subjected to physical abuse from the people of Makkah. The following story, as narrated by one of the Prophet’s companions, Abdullah Ibn Mas`ud, tells you how he was treated during this very tough year:

Seven from the leaders of Makkah were gathering next to Al-Ka`bah while the Prophet (peace and blessings be upon him) was praying. He elongated his prostration. Abu Jahl, one of those leaders, said,

“Who would bring the innards of the camel so-and-so family just slaughtered? We can put it on top of Muhammad while prostrating!”

`Uqbah Ibn Abi Mu`ait, the most idiot amongst them, brought it and put it on the back of the Prophet while prostrating. The Prophet did not move and I (`Abdullah is talking) could not dare to do anything, for I have no clan to protect me.

Fatimah, the Prophet’s young daughter, came and removed the dirt and insulted all of them. The Prophet then raised his head and started supplicating to Allah against them all.

He was also challenged as a messenger tasked by Allah to convey His message. He was called a liar, a sorcerer, a poet, and a fortuneteller, and people started calling him Mudhamam (dispraise worthy) while his name is Muhammad (praise worthy).

His reputation was attacked, and his companions were tortured to the extent that people stopped listening to him. For two consecutive years before he migrated to Medina, only four people believed in him, two of whom died shortly after.

His trip to the neighboring city of Ta’if was just another example of those tough times. He traveled, walking, for over fifty miles to deliver his message to the people of Ta’if and ask for their support. Not only did they mock him, disbelieve in him, and let him down, but also asked their slaves and youngsters to throw stones at him for a few miles until his sandals turned red from his bleeding.

Even after migration to Madinah, his life wasn’t easy. He suffered the curses and the disrespect of the hypocrites in Madinah. His noble wife `Aishah was subject to an ugly rumor spread in the society for days.

Madinah under his leadership was challenged by war from almost every single tribe in Arabia. He witnessed the killing of seventy of his companions among whom was his dear uncle Hamzah.

He faced a siege of ten thousand soldiers, an attack on which his whole city, where all the believers lived, was about to be destroyed.

He faced treason from Jewish tribes in Madinah: some plotted to kill him and others betrayed him to side with an attacking army.

Many of the messengers he sent to teach people Islam were killed in cold blood and he grieved for them for months, seventy of them in one incident and twelve in another.

Learning from our Messenger (peace and blessings be upon him)

How did the Prophet manage to face all these challenges?

How was he able to come out of them stronger and with even more influence?

How did he develop such a community that was able to be steadfast in the face of difficult times during his life and after he died?

Below are a few simple, yet very effective, concepts that the Prophet embraced and taught his Companions.

These concepts are extremely important for us to understand and embrace. While going through the ideas below, you will realize that they are a mix of:

•         Personal qualities the Prophet and his Companions displayed

•         Practical actions taken by the Prophet to face difficult times

This is the first and the most important concept one should believe in: going through difficult times is almost inevitable.

When you claim to believe in Allah, stand for what is right, oppose what is wrong, support justice, or fight oppression, these claims will all be tested. Allah will show who is truthful and who is lying.

This is the tradition of those on the straight path at all times. The Prophet and his companions were asked in the Qur’an, a question that is also asked to all of us,

“Do you suppose that you will enter Paradise untouched by the suffering endured by the people who passed before you? They were afflicted by the misery and hardship and they were so convulsed that the Messenger and the believers with him cried out: ‘When will Allah’s help arrive?’” (Al-Baqarah 2: 214)

2. Know! Difficulties happen by the Will of Allah

It is very important to know and believe that nothing will happen to you except what Allah has decreed for you. The Prophet was asked to say,

“Nothing will befall us except what Allah has decreed for us.” (At-Tawbah 9:51)

He taught one of his young cousins, `Abdullah Ibn `Abbas, “Know that what hits you would not have missed you.”

This belief gives you comfort and prevents fear from future difficulty, but more importantly, helps you overcome any difficulty you are already going through. Allah said,

“No misfortune ever befalls unless it be by Allah. And whosoever has faith in Allah, Allah guides his heart …” (At-Taghabun 64:11)

“O Allah I display before you my weakness …” This phrase was part of the prayer of the Prophet while coming back from his trip to Al Ta’if. Taking refuge in Allah and asking for His help and support is a very important action we should do during the time of difficulty. This is a trial by Allah, it happened with His permission, and it is only He who can alleviate it.

“If you are not angry with me, I do not care …” was also part of the Prophet’s prayer returning from Al Ta’if. During times of difficulty, we should examine our actions. This difficulty may very well be a warning from Allah that we are doing something wrong. It may be because of our sins and mistakes:

“Whatever misfortune befalls you is a consequence of your own deeds …” (Ash-Shura 42:30)

It may be because we strayed and Allah sent this difficulty to us as a reminder to bring us back. Malik Ibn Dinar, one of the great scholars of Islam, transformed from being an alcoholic person to the great person we know as a result of the death of his own two-year old daughter.

Having hope and being optimistic were two important attitudes the Prophet embraced when facing difficulty.

“By Allah, Allah will perfect this matter until the traveler can travel from Sana’a to Hadhramaut fearing no one but Allah and the wolf that may eat his sheep“, The Prophet told Khabbab when he complained to him about the severity of torture he and other Muslims in Makkah were going through. (Al-Bukhari)

It was this hope in Allah, and confidence that there will be ease after difficulty, that kept them going.

This hope was not only kept in the hearts but was also spread through words and attitude. The Prophet mastered optimism and looked for optimism: “Evil omen is false! And I likes Al-fa’l (good omen)” the prophet told his companions. They asked, “What is Al-Fa’l?” He responded, “A good word.” (Muslim)

6. Do not get distracted

One of the very bad consequences of going through difficult times is the amount of distraction the difficulty creates. Ibn Al-Qayim says,

Sometimes the difficulty itself scares us away from the good we are doing. Allah says,

The prophet never stopped delivering his message because of a personal difficulty he went through or because of a threat or torture he received from his enemies.

This was one of the teachings the Qur’an instilled in the hearts of Muslims. Whether the calamity happens naturally, or whether it is due to the harm of others, being patient and perseverant results in a lot of reward. The calamity will eventually be over,

And when the ease comes, the pain will go away and will be forgotten. What remains and will never go away is the tremendous reward one would get,

“We shall certainly test you by afflicting you with fear, hunger, loss of properties and lives and fruits. Give glad tidings, then, to those who remain patient.

Those, who when any affliction smites them, they say: “Verily, we belong to Allah, and it is to Him we shall return.”