Interest Rather than Honesty and Sincerity 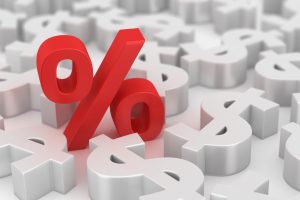 Seeing people as a means to attain particular goals is assuredly a major part of the significant detriment caused by disbelief to a society steeped in ignorance.

Interest Rather than Honesty and Sincerity

Interest-ridden relations, also a trait of the ignorant society, do not allow the forming of true friendships. True friendships demand sacrifice and thought; one has to consider the needs and interests of the other person rather than one’s own and seek ways to provide peace and comfort to him/her.

Such a sensitive approach is, however, entirely contrary to the understanding of ignorant people. Their primitive rationale calls for non-appeasing obedience to self-interests on the misconception that life is short and the world is a temporary place.

This rationale, however, brings harm rather than a benefit. The trouble caused by this selfish approach affects them the most. All throughout their lives, they have to spend time in an environment where they never experience true love and respect. They are always aware that their friendships are based on mutual interests. They feel no doubt that in times of trouble their friends will just disappear. They also approach other people with the same mentality. Yet all their lives they complain that they have no true friends around them.

People who are ignorant assume a self-sacrificing attitude towards their friends only when they believe it is advantageous. For a temporary period of time, they pretend to be a loyal friend. Yet, once the advantage has been derived from this relationship they assume a cool and distant attitude, implying that they no longer need such a bond.

This is indeed a very well-known process. It is interesting that nobody condemns others or opposes this system since all members of the ignorant society think in the same way. Even marriages or relationships between immediate family members are based on this system. Rather than offering trust, love, and respect, the two sides approach each other with the intention of drawing some benefits from the other. Women generally see marriage as a guarantee for their future. The bank account of the prospective husband in most of the cases serves as a life insurance. Though never openly voiced, marriage is considered as a contract. If the man is wealthy, the woman assumes herself to have made a good deal. The man feels the same and assumes himself to be the one who deceives the other. As in all dealings, he stands to reap some benefits; his beautiful wife becomes something to boast about. At least he guarantees the existence of someone at home who for the rest of her life will patiently do the housework, iron his shirts and take care of the children.

Such a system is surely the inevitable consequence of being away from the Islamic standpoint. Seeing people as a means to attain particular goals is assuredly a major part of the significant detriment caused by disbelief to a society steeped in ignorance.

This distorted rationale is also conveyed to new generations. Influenced by their parents, children start to see their parents as providers who look after them, get them through schools and finally arrange for them to have a respectable profession. In return, parents see their children as possessions to invest in. Their ultimate aim is to have someone who will take care of them when they grow old. These intentions, never pronounced loudly, but intensely felt and experienced, occupy the minds of all individuals in the ignorant society.

As we have seen, believing to have done the best for their lives, all members of such a society, without exception, conform to this order. However, it is a great loss not to experience real intimacy and honesty even with one’s own spouse or children. Knowing that immediate family members, too, approach each other with materialistic intentions certainly causes inner pain.

However, the ills stemming from the corrupted mentality of the ignorant society are not restricted only to the aforementioned cases. The loneliness felt here in this world also lasts for all eternity. Allah warns man against such a disappointment beforehand:

“Now you have come to Us solitary as We created you at first, and you have left behind you all that We bestowed upon you, and We do not see with you your intercessors, those whom you claimed to be Allah’s equals. Now the bond between you is severed, and that which you presumed has failed you.” (Al-An`am: 94)

When a person submits himself to Allah, He protects him. Such a person becomes the everlasting companion of all prophets, angels and all believers:

“Those who obey Allah and the Messenger shall dwell with those to whom Allah has shown favor: the prophets, the saints, the martyrs and the righteous. The best of company are they!” (Al-Nisa’: 69)