People with Superficial Ideals: The Followers of Samaritan 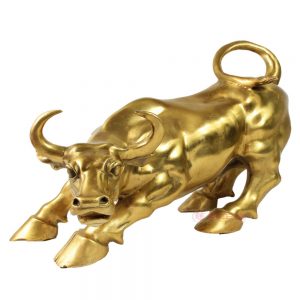 Those who had departed from the truth by heeding Samaritan’s twisted incitements described what had happened after the departure of the Prophet Musa.

People with Superficial Ideals: The Followers of Samaritan

Allah tells in the Qur’an about the general behavior of the peoples addressed by the prophets with regard to the Divine judgments.

Many of their superior moral qualities are underscored, such as their patience, determination in faith and their trust and discernment in the face of the difficulties brought against them while they were conveying the message.

In one story about the Prophet Musa (as) teaching the Israelites about the religion of Allah, the Qur’an mentions a person called Samaritan who, when Musa (as) was not among the people, seized the opportunity to incite spiritual corruption among them and urge them to worship idols. He then tried to distance them from their faith.

We are told in the Qur’an that Musa (as) left his people and went up to Mount Sinai to receive a revelation from Allah:

The people did not have the Prophet Musa (as) to direct them. Samaritan seized the opportunity; the people were weak in their faith and open to suggestion, and he led them astray. They fell into strife and contention.

“He [Allah] said, “We tried your people after you left and the Samaritan has misguided them.” (Ta-Ha: 85)

While Musa (as) was receiving the revelation, he realized that his people had ceased following him. Returning to them, he reminded them of the world to come and Allah’s promises to those with faith. Then he told them about the great trouble that would befall those who lost their faith in Allah’s promises and the strife that would overtake them:

“Musa returned to his people in anger and great sorrow. He said, “My people, did not your Lord make you a handsome promise? Did the fulfillment of the contract seem too long to you or did you want to unleash your Lord’s anger upon yourselves, so you broke your promise to me?” (Ta-Ha: 86)

At this, those who had departed from the truth by heeding Samaritan’s twisted incitements described what had happened after the departure of the Prophet Musa (as):

“They said, “We did not break our promise to you of our own volition. But we were weighed down with the heavy loads of the people’s jewelry and we threw them in, for that is what the Samaritan did.” (Ta-Ha: 87)

As plainly said in this verse, Samaritan urged the people to throw their jewelry into the fire, throwing his own into the flames to prove that he was sincere. He persuaded the people with this insidious ploy. Those who were weak in faith or willpower were open to his rebellious suggestions; their moral character made them susceptible to abandoning the way of Allah, and they did not hesitate to do what Samaritan told them to.

Despite the truths they had learned from Musa (as) and the miracles he had performed, they had no compunction in following the perverse suggestions of one of their own who had no power or authority. Then, using those molten ornaments, Samaritan made a statue of a calf. After that, he depicted this calf as (Allah forbid) their true deity. At the same time, in order to destroy the influence of Musa (as) over the people, he began to make some negative insinuations about him:

“Then he produced a calf for them, a physical form which made a lowing sound. So they said, “This is your deity—and Musa’s deity as well, but he forgot.” (Ta-Ha: 88)

Allah reveals in the Qur’an that the idol made by Samaritan had no power; it had no strength or will to speak to them, to answer their questions or to do anything good or evil. But the people pretended not to recognize these plain facts and heeded Samaritan’s call:

“Could they not see that it did not reply to them and that it possessed no power to either harm or benefit them?” (Ta-Ha: 89)

Besides Musa (as), the people also had his brother Harun (as) as a prophet among them. When Musa (as) went up Mount Sinai, he put Harun (as) in charge of them. But the people put their faith in Samaritan’s calf statue and started to worship it; they did not listen to the warnings of Harun (as), even though he told them that the statue was a trial for them and that their true god was Allah, the Israelites did not listen. Although Harun (as) was a prophet, they rebelled and refused to obey him.

“Harun had earlier said to them, “My people! It is just a trial for you. Your Lord is the All-Merciful, so follow me and obey my command!” (Ta-Ha: 90)

Later, to gain time they offered a lame excuse, such as should never be spoken to a prophet, for the evil they had done.

“They said, “We will not stop devoting ourselves to it until Musa returns to us.” (Ta-Ha: 91)

In their ignorance and lack of intelligence, they imputed power to this statue that had been crafted before their own eyes and began to bow down to it. When Musa (as) came down from Mount Sinai and rejoined his people, he asked, “. . . What do you think you were doing, Samaritan?” (Ta-Ha: 95). Samaritan replied, “ . . . I saw what they did not see. So I gathered up a handful from the messenger’s footprints and threw it in. That is what my inner self urged me to do” (Ta-Ha: 96).

Samaritan knew that some among the Israelites did not have the high level of consciousness that true religion gives and were basically out for their own gain. He also knew that they were not about to give up their worldly desires and he could take advantage of these weaknesses. Finding his opportunity in the absence of the prophet, he established a way to lead them back to their idolatrous lives.

As we can deduce from his words “I saw what they did not see,” he presented himself as having special abilities; he wanted to satisfy his own passion for rank and position. But those who did what Samaritan said, instead of seeking Allah’s favor and obeying the prophet, accommodated themselves to the direction of an opportunist with worldly aspirations. Such people have small goals and basic ideals. Their morality is such that they take no pleasure in living as they should to win Allah’s favor. And at the least suggestion of worldly gain, they lose their faith.

Instead of following their prophet and waiting faithfully for the revelation of Allah, the Israelites followed the fabrications of some ill-intentioned individual and chose to pursue transient worldly gain. As we are told in the Qur’an, they did not obey Harun (as) but acted as unbelievers do toward the prophets:

“Say, “Obey Allah and the messenger.” Then if they turn away, Allah does not love the unbelievers.” (Al ‘Imran: 32)

As you can see, those who pursue simple gains with no view to the Hereafter can be deceived with very superficial logic. It is no effort for them to abandon their faith. Their weak wills can be broken by the slightest suggestion. They can immediately fall into despair and be persuaded by nonsense. Their faith, not founded on the fear of Allah or a belief in the world to come, can be quickly shattered.

Material things that they can see with their eyes seem more real to them than the endless blessings promised to them in the life to come. However, the blessings of Paradise that Allah has promised in the Hereafter will (Allah willing) keep their value and their beauty for eternity. About the perfect blessings of Paradise, the following is revealed in the Qur’an:

“The people who guard against evil will have Gardens of Delight with their Lord.” (Al-Qalam: 34)

Some people think that death is remote for them; they make the mistake of laying more importance on pursuing the simple material gains and worldly targets they set for themselves. But contrary to what they think, the reality of life in this world and its material goods are deceptive: “. . . The life of this world is just the enjoyment of delusion” (Al ‘Imran: 185).

In another verse, Allah describes the real nature of these material goods that are regarded as being so valuable. “. . . Say, ‘The enjoyment of this world is very brief. The Hereafter is better for those who guard against evil…” (An-Nisa’: 77).

Instead of being subject to Musa (as), the people obeyed someone like Samaritan who deceived them with material things and false words. They listened to him, hoping to make some small gain in their Earthly lives. Because of this, they fell into a state of humiliation while still in this world. Allah intends every story in the Qur’an to teach and advise those of pure minds. This story has served as a reminder of such advice for every individual from the time of Musa (as) to the present.

“In this way We give you news of what has gone before and We have given you a reminder direct from Us.” (Ta-Ha: 99)

“There is instruction in their stories for people of intelligence…” (Yusuf: 111)

Anyone who takes this advice will never exchange his faith in Allah for some valueless worldly gain. He would never want to damage his faith by pursuing shallow goals or do anything that would cause him to lose the Paradise of the world to come. He determines his ideals with a view to please Allah and recoils from anything that He would not approve of.

He does not adopt a way of life or a culture that would distance him from the life of Paradise. He would strenuously avoid it and wouldn’t want his friends and acquaintances to live in this way either. He would be afraid of demonstrating any behavior that showed an ignorant moral character or taking the responsibility for the negative effect such behavior might have on others.

As we see in the moral character of Musa (as), he makes every effort for the faith and godliness of others as well. He does not want to abandon them mired in the debased and idolatrous culture of superficiality.