Progress at the Expense of Moral Bankruptcy 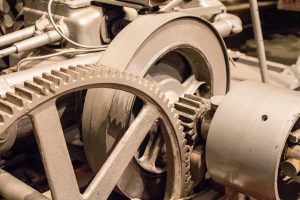 The paradox of Progress and Decline

It is one of the biggest paradoxes of the present time — the contradiction of having the most remarkable advancements in technology with the most regressive developments in human civilization. While we may celebrate the discoveries that only a few years ago were nothing more than fantastical science fiction, we cannot avoid that disturbing uneasy question: As we progress phenomenally in terms of science, how are we really doing, as human beings? How well have we been able to imbibe those “modern” concepts such as democracy, social justice, freedom of expression, secularism, pluralism, tolerance, and even our old friend “logic”, for that matter? Whatever happened to the idea of “people power”?

Scientists have indeed come up with the most unbelievable discoveries that will inevitably change the quality of life of humans, mostly for the better. Take the discovery of a revolutionary gene-editing technique that can delete a gene linked to heart conditions from a human embryo or remove the human papillomavirus (HPV) to disable the tumor growth mechanism in women. Or the ability to artificially grow human tissue and even organs that have the potential to repair nerve damage and grow entire limbs and organs in the future. Or how about the discovery of a super-Earth that could sustain extraterrestrial life? And of course, the myriad innovations in Artificial Intelligence (AI) to make life in the future easier, faster and more efficient.

These two instincts — the urge to survive and the drive to know what’s out there — have produced all kinds of concepts including the idea of freedom and the realization of the undeniable interdependence of humans.

Or so we thought.

After achieving all this progress in science and technology, the world is taking exponential steps back. It is in a state of collective amnesia, forgetting all that it has learned through trial and error, especially when it comes to human follies and their repercussions. At present, for instance, we have more wars than ever. We have more weapons of mass destruction than we ever had, weapons that are super sophisticated and can kill millions of people — men, women, and children — more than ever before.

In fact, modern-day warfare is the perfect example of how technology has been distorted to actually threaten the very basic human instinct to live and survive. The invention of the AK-47 (in a whole range of variations), a hot favorite among terrorists or rebels (depending on who gets to label them first) or ordinary folk with anger issues, has killed millions of people in the 68 years of its existence. According to The Independent (UK), an estimated one hundred million AK-47s of all varieties have been manufactured by countries including the Soviet Union, China, North Korea, Egypt, Yugoslavia and most of the former Warsaw Pact.

And then, of course, we have nuclear weapons that could blow our entire earth into nothingness with only tenuous, insincere negotiations (with certain countries entitled to keep their own nuclear capability while forcing others to disband) as deterrents to a full-blown nuclear war.

But perhaps the most insidious weapon of modern warfare is the drone through which armies, thousands of miles away, can get video footage of “targets” and instruct their “Predator” or Reaper drones to bomb with maximum precision and damage. In Afghanistan, Pakistan, Somalia, and Yemen, nearly 10,000 people are estimated to have died in 4,413 US strikes since 2002, according to the watchdog Bureau of Investigative Journalism. A majority of these targeted strikes have taken thousands of innocent lives including little children. Is this how humankind has “progressed”? By killing children?

The Politics of Greed and Power

Speaking of children and the use of force, think of the thousands of school students who were compelled to start a movement for gun control after the devastating school shooting in Parkland, Florida, that took the lives of 17 students and staff. Despite all the publicity, the impressive, impassioned appeals of the children, despite the more than 35,000 gun deaths in the US each year, nothing happened. Because the arms business is just too lucrative to give up. The logic of having gun control laws so that a 13-year-old, a psychopath, or a terrorist cannot buy an assault weapon at whim, does not hold when millions of dollars in arms sales are at stake.

That seems to be the essence of why the world is regressing. It is simple, pure, unadulterated greed. The greed for land, resources, strategic territory, endless self-indulgence, and imagined invincibility. In this delusional quest for power and more power, compromises are inevitable. Moral concepts such as justice, human rights, accountability, integrity, etc., become collateral damage (the modern word for mass murder) and therefore justified as such. And all this erodes the very essence of democracy. Which ultimately means snatching power from the ordinary citizen.

So why have we succumbed to our baser, self-sabotaging instincts that were supposed to have been eliminated through modern thinking, logic and the principles of humanity? Why is there a revival of bigotry, racism, materialistic greed, repression, persecution, torture and land-grabbing? The answers to such naïve questions could have something to do with the growing scarcity of resources leading to the fear that they will run out, that there is not enough for the monstrous number of people in this world.

Hence choices have to be made following the “survival of the fittest” principle, to weed out all those “dispensables”—mainly those who fall in the poor or “unyielding” categories. Thus, big nations will bomb their way into little nations, to snatch their oil, minerals or simply their land. In the microcosm of things, the ruling elite will bludgeon away at any kind of dissent to grab whatever they can from the citizens—disregarding human rights and democratic values. Meanwhile, the bullies of society will continue to thrash the powerless and keep on grabbing, until there is nothing left to grab.

And now technology is being used to perpetuate all the ancient evils we thought we had left behind. The most innovative invention of communication—social media—has been added to the cache of sophisticated weaponry. Social media is being used to instigate ancient practices like mob lynching, killing people in the name of faith and lampooning people—anti-Islam, Anti-Semite, anti-liberation, un-American—so that they can be cornered and muted. While bigots and liars enjoy unhindered license on social media, those protesting real injustices (by the state or non-state groups) in this very platform are silenced through intimidation, harsh prison sentences and violence. Ironically and tragically, freedom of speech and expression is the least popular notion in our present times.

Thus, technological innovation by itself does not necessarily ensure that civilization will be at its best. What is the point of curing diseases to prolong lifespans if life itself is annihilated by the effects of unchecked global warming and meaningless war? What is the value of artificial intelligence if we abandon the motto of “liberty, equality and fraternity” that forms the basic elixir to ensure the continuity of human existence?