Punishment for the Wrong-doers 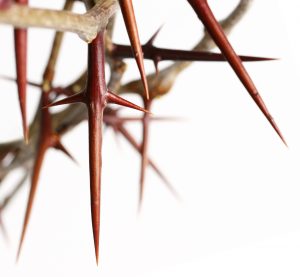 Man was originally created by Allah the Almighty to worship Him and to inhabit the earth and subject everything to the Will of Allah. Allah does not need anything from His creation. He neither needs them to provide Him with any provision, nor to feed Him, Glory be His. Allah the Almighty says in the Ever-Glorious Qur’an what means,

“And I did not create the jinn and mankind except to worship Me. I do not want from them any provision, nor do I want them to feed Me. Indeed, it is Allah who is the [continual] Provider, the firm possessor of strength.” (Al-Dhariyyat 51: 56-58)

However, many people ignore this and start to act in a mischievous manner as they oppress others and wrong themselves by not having complete and perfect faith in Allah the Almighty. Thus, they forget all about the purpose of their own creation and why they were created in the first place. Those wrong-doers deserve to be punished by Allah the Almighty.

Remarkably, many people mistakenly think that Allah’s punishment for the wrong-doers is quick and comes immediately after they do their wrong-doings or mischievous acts. This is categorically wrong as will be elucidated in the following few lines.

The wrong-doer or aggressor witnesses four consecutive stages which should be thoroughly understood and comprehended by all. These are as follows:

The first stage: Granting respite to them

As Allah’s plan cannot be escaped or dodged by anyone, He gives the wrong-doer or the aggressor some time and a chance following another so as to repent to Him and stop what one is doing and perpetuating.

If one does come back to Allah by repenting and regretting his misdeeds, he becomes entitled to witness the second stage.

The second stage: Drawing them forth to a horrific end

Yes, indeed, if one becomes persistent and insists on pursuing his evil way, Allah the Almighty starts to draw him forth in a gradual way to his own horrific end, from which he cannot flee or find a way out except by Allah’s Will and Mercy, Glory be His. He will also be unaware of this and may, ironically, think that what is happening to him is good and nothing else. This can be understood from the Qur’anic ayah that reads what means,

“We shall draw them forth by the cares of the world, gradually, to their horrific end, from where they do not know.” (Al-A’raf 7: 182)

Remarkably, this does not mean that Allah will make life difficult and hard for him; on the contrary, he will be given whatever he desires and maybe more just to give him the feeling that all is good and life is good and that he is not doing anything wrong.

The third stage: Making their deeds look pleasing to them

In this stage, the heart of the wrong-doer or aggressor dies and, consequently, he sees everything as good and acceptable and sees nothing wrong with any of his bad deeds and mischievous conduct. His heart stops to blame him for any wrong doing or bad deeds. His heart becomes dead without any trace of life in it. The Qur’an says in this connection what means,

The fourth stage: The crushing grip befalls them

In this final stage, the penalty and/or punishment befalls the wrong-doer and this punishment is really a severe one that cannot be avoided, dodged or countered as no one can defy Allah the Almighty or challenge His punishment or Divine Decree.

“For that is the crushing grip of your Lord when, suddenly, He seizes entire communities while they are doing wrong.” (Hud 11: 102)

This punishment comes suddenly without any prior notification as the first three stages represent different notifications and warnings for those who still have a measure of goodness in their heart.

We have to commit these four stages to our hearts and keep reminding ourselves and all our beloved ones with them all the time; may Allah make us among the following category of the believers who will eventually attain Allah’s Blessings and Grace by His Will, Glory be His. Those…

“Who listen to speech and follow the best of it. Those are the ones Allah has guided, and those are people of understanding.” (Al-Zumar 39: 18)