Reward of the Oppressed 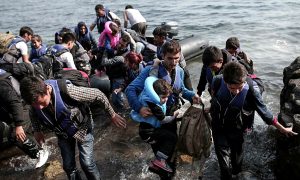 Yes, the reward of those oppressed Muslims will be greater than that which they were given in this present world. This is for sure and there is not a shred of doubt about this.

Allah Almighty says in His Ever-Glorious Qur’an what may mean:

“Indeed, Our word to a thing when We intend it is but that We say to it, “Be,” and it is. And those who emigrated for [the cause of] Allah after they had been wronged – We will surely settle them in this world in a good place; but the reward of the Hereafter is greater, if only they could know. [They are] those who endured patiently and upon their Lord relied.” (An-Nahl 16: 40-42)

If you want someone to do something for you, you may need to repeat your word or what you say to him more than once to make him/her act accordingly. However, the issue is totally different with Allah the Almighty Who only says a very simple word; namely “Be,” to anything, and whatever He wants will definitely happen and take place without any negligence or tardiness. This is because His Will is Absolute, His Might is Absolute, and His Knowledge is Absolute. Nothing is impossible for Him on earth or in heaven. His Ability is Absolute. Therefore, if He wants to resurrect man after death, He will do this very easily; and if He wants to take out the oppressor and help the oppressed and make him victorious, this will cause Him nothing at all. He says in another verse what may mean,

So, Allah issues the command once, and then it happens. He does not need to repeat or confirm His command as His command cannot be stopped or opposed by anyone or anything.

Then the verses speak about those immigrants who were forced to leave their countries behind and relocate in foreign ones due to the oppression they suffered from at the hands of their oppressors in their own lands. They were obliged to leave their homeland behind, family and friends, seeking only the reward from Allah as they are after His pleasure by maintaining their faith in Him. These verses can be understood in light of the migration to Ethiopia during the lifetime of Prophet Muhammad (peace and blessings be upon him) and in light of the forced migration by current Muslims who were forced to leave their countries behind such as Syrians, Egyptians, Iraqis, Palestinians and others. So, these verses are suitable for happenings in the past and in the present time; this is the case with nearly all verses of the Qur’an.

Allah the Almighty promised these people a great reward in this present world and in the next. The good place mentioned in the verses may refer to Al-Madinah or it may refer to a good provision for them. So, this is, in a way or another, a compensation from Allah the Almighty for them as they left their homes and properties for the sake of religion and faith. In the past, many of the muhajirin (Prophet’s Companions who migrated from Makkah to Madinah) were appointed as rulers and governors over many territories and insha’ Allah their reward in the Hereafter will be greater than this. Yes, the reward of those oppressed Muslims will be greater than that which they were given in this present world. This is for sure and there is not a shred of doubt about this.

However, there are some conditions for those people to be treated by Allah in such a generous manner. They must remain patient and put their trust in their Lord, Allah the Almighty. So, they must bear people’s persecution with patience while putting their complete trust in Allah Who decides their destiny and fate in both this present life and the hereafter.