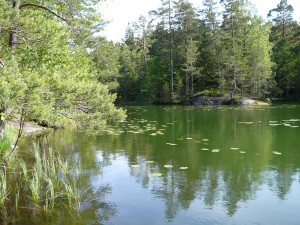 Allah has been Gracious to the believers when He sent a messenger from among themselves to purify them.

The practice of purifying the human self and turn it into a better one, through a constant process of purification and reform, has been significantly emphasized by the Qur’an which called it “Purification”. In that context, the Ever-Glorious Qur’an has referred to its importance and necessity in several verses. For example, Allah the Almighty says,

“And [by] the soul and He who proportioned it. And inspired it [with discernment of] its wickedness and its righteousness. He has succeeded who purifies it. And he has failed who instills it [with corruption]”. (Al-Shams 91:7-10)

Allah the Almighty has described whoever seeks to purify himself as being successful and whoever neglects, profanes or does not try to purify it as being a failure.

Allah the Almighty says in another surah,

“Allah has surely been Gracious to the believers when He sent among them a Messenger from themselves to recite to them His verses, to purify them, and to teach them the Book and the Wisdom (Prophetic sayings), though before that they were in clear error.” (Al `Imran 3: 64)

Accordingly, Allah has been Gracious to the believers when He sent a messenger from among themselves to purify them as being the most essential task of that messenger and the most prominent characteristic of that grace. It is noteworthy that Allah has mentioned “purification” before teaching the Book and the Wisdom.

In a third surah, Allah the Almighty says,

“He frowned and turned away when the blind came to him. And what could let you know? Perhaps he (comes to hear you) to be purified. (He might) remember, and the Reminder might profit him. As for he who is sufficed, you attended to him, although it is not for you to be concerned if he remained unpurified. And to him who came to you eagerly and fearfully of him you were unmindful. No indeed, this is a Reminder”. (`Abasa 80: 1-11)

In this surah, Allah blamed His Messenger because he turned away from a blind man who came to seek knowledge so that he might be purified. The Messenger turned away from him because he was busy with those whom he thought were more important and significant for the religion of Islam; i.e. his attempt to invite Qurayesh leaders hoping that they and the Arab tribes who follow them might accept Islam and revert thereto. What was this serious matter that deserved Allah’s, the Almighty, blame of His beloved Messenger? This is an apparent indication to the high rank of those who are keen on purifying themselves and the heaviness of the purification practice itself on the scales of Allah the Almighty.

Allah, the Almighty, says to Prophet Musa (peace be upon him),

Allah the Almighty sent Prophet Musa to Pharaoh inviting him to purify himself (Will you purify yourself from the abomination of the Devil? and the dirtiness of disobedience? Will you adhere to the path of prayers (salah) and blessing? Shall I guide you to the path of your Lord?).

It is obvious that summing up the message of our Prophet Musa (peace be upon him) to Pharaoh in these brief words indicates the importance of purification and the necessity of preserving as well as maintaining it.