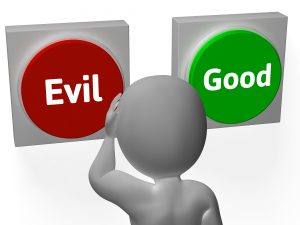 Segments of the population want only to attain these classic goals, and they work hard all their lives to attain them

Muslims have great hopes for the Hereafter. The most important of these is the desire to enter the Paradise that Allah has prepared for the believers. But chief of all these hopes is that Allah will be pleased with them:

“Allah has promised the men and women of the believers Gardens with rivers flowing under them, remaining in them timelessly, forever, and fine dwellings in the Gardens of Eden. And Allah’s good pleasure is even greater.” (Al-Tawbah: 72)

Paradise abounds in all the blessings that the heart desires. It is the abode of endless delights where any individual who practices the morality of the Qur’an desires passionately to live and expends every effort to attain. Allah tells us in the Qur’an that the most important thing for a believer is to please Him, Whose power is infinite. With this goal in mind, a Muslim improves his moral character every moment and sets his target higher every day so that he can develop his strength of character. For this reason, a sincere Muslim never regards his development as sufficient. He never gives up trying to develop himself and change any of those personality traits, habits and behavior that he regards as wanting. He is not content to limit his personality development by worldly comparisons. He has the will to improve his character every moment, and hopes to attain the maturity pleasing to Allah. He develops himself not by worldly measures but by the measure of Paradise, and prepares himself in the hopes that he will live among people with the kind of superior morality that Allah has been pleased to award the prophets. For this reason, his goal is always high.

However, those unaware individuals whose faith in Allah and the Hereafter is weak usually have their hopes squeezed within four walls. Anyone living in such a culture [of superficiality] cannot easily share the high ideals of a Muslim. Such a person’s hopes are always limited by this world; he wants a nice house, a good job and family environment and standard of living. Segments of the population want only to attain these classic goals, and they work hard all their lives to attain them.

Someone who lives superficially without a good moral character may attain some or even all of these goals. Some people don’t even hesitate to display the wickedness in their hearts in order to attain those. For example, a person thinking only of himself and his loved ones may act selfishly and meanly to please them. He does not think about winning Allah’s favor; it is enough for him to work to satisfy his desires for worldly gain. He may never consider what return he will receive in the next world for the gains he has made in this one. However, a gain that satisfies a person’s Earthly desires may cause him eternal misery in the world to come.

Anyone who ignores the infinite blessings that Allah will give to his faithful servants in the next world and limits himself to transient material satisfactions of this world is practically blind to reality. In the Qur’an, Allah tells us that the gains of this world are passing:

In another verse, He describes such individuals as:

“…the people who trade the Hereafter for this world.” (Al-Baqarah: 86)

In these words, this verse gives an important indication of how limited these people’s ideals are. They ignore the infinite blessings of Paradise that Allah has prepared for His faithful servants, preferring to be content with this world’s very short-lived material goods. This choice draws them into the debased culture of superficiality, to live in a shallow culture with limited ideals and as humans of low quality.

However, no one will escape the death that draws nearer and nearer. It is a great mistake to knowingly disregard the next life and limit one’s goals only to his own small world. Such a way of thinking is the choice of shallow-minded individuals who cannot see the plainest facts.

In determining his worldly hopes and ideals, a person must bear in mind that one day, somewhere, he will come face to face with death. When that day comes, all his worldly plans and ideals he strove to realize will mean nothing anymore. Entering the next life, he will leave everything behind. Allah tells us that, when the time of death comes, an individual will come into His presence all alone, with nothing he possessed in this world:

“You have come to Us all alone just as We created you at first, leaving behind you everything We bestowed on you.” (Al-An`am: 94)

For this reason, the most reasonable and right thing for a person to do is think like a Muslim and determine his Earthly ideals as a Muslim does. This is the only way a person can be saved from shallow-mindedness and from setting superficial worldly goals.