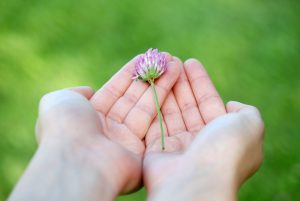 The way people relate to wealth influences most aspects of their personal lives. For many people, where there is wealth there is attention.

If you became wealthy overnight…

What will the first thing you would do?

Is charity one of your primary focuses?

How much more charity will you give? … and what is your proof?

The biblical text encourages each person to give in proportion to the way God has blessed them [Deuteronomy 16:17] Many believe that the more they have, the more generous they’ll become; but is that really the case. To become more generous, you have to have a spirit of generosity in the first place.

Real generosity is not dependent so much on income as it is on the capacity of the heart. There are many who have the means to give, but not the heart to give. And there are many, who, the more they have the less they give. Henry Ward Beecher warned; “watch, lest prosperity destroys generosity”.

In the 1950s J.P. Getty was the richest man in the world. He is known to have disliked the attention his wealth brought, but not because of his humility but because of people’s request for donations, he “despised passive acceptance of money”; had a pay-phone installed in his house for guests; delayed ransom for his grandson’s kidnapping for 6 months and only paid a fraction of the ransom after his grandson’s ear was cut off and sent to him.

J.P. Getty Jr. inherited relatively a small part of his father’s estate yet gave millions in charity saying, “I am privileged to be the heir to huge wealth and I regard myself as custodian of that money for the benefit of people who need it more than I do.”

Even when you do give of your material wealth, do not give merely from the top of your wallet, but rather give from the bottom of your heart. Also, it is not material help only. Whatever one can do to enhance the situation of others is considered generosity.

Prophet Muhammad  said; “There is charity due on every part of the body every day.” He went on to say: “to bring justice between people is charity, to help a person with transport and helping with baggage is charity, a good, kind word is charity, every step towards prayer is charity, removing harmful things from the way is charity and giving water to the thirsty is charity. A person’s true wealth lies in the good they accrue for the Hereafter through good deeds in this world. When a person dies people say ‘what has he left behind?’ while angels say ‘what has he sent forth?’ ”

To give of your self is the best kind of giving. Prophet Muhammad said: “When you give of yourself, then you truly are a Believer“.

So, if you genuinely desire to become a generous person, don’t wait for your income to change; change the attitude of your heart.

As for those who are stingy due to fear that generosity will deplete their wealth, Prophet Muhammad  said: A person says, ” ‘this is my wealth, my things’ but all that he really has is three; What he consumes and digests, what he wears and wears out, or what he gives in charity and it continues to benefit; The rest you leave behind when you depart from this world.”

Martin Luther King Jr. said: “Every person must decide whether he will walk in the light of creative altruism or in the darkness of destructive selfishness.”

Note that the stingy person is far from people, far from Allah, far from paradise and closer to the fire of Hell. (Prophet Muhammad )

The Company of the generous is delightful. The generous focus on other than themselves and their generosity not only makes them likeable but also makes the world a happier and better place.

Life should not really be about how much money we accrue, but rather how many people we serve; because the greater your giving, the greater your living. Giving does not devalue your worth and the Prophet said that “charity does not decrease wealth”. Remember, we are here to enrich the world, and if we ever forget that we impoverish ourselves.

In helping others we enhance ourselves, for when you light another’s path you can’t help but cast light on your own path. Realize that no one stands taller in success than the one who bends down to help those in need. We become enriched by enriching the lives of others. The Prophet said that a Believer feels good doing good. So do not do good merely to feel good, but rather feel good doing good.

In a humorous incident, a beggar asked a woman for money and she said; “I’ll give you a dollar, not because you deserve it but because it pleases me”. So the beggar said; “Thanks Maam, why don’t you give me $100 and you could feel really, really good about it.”

By living a life that is helpful, one’s life becomes significant. “Life’s most persistent and urgent question is … What are we doing for others?” (civil rights leader, Martin Luther King Jr.) How we answer that question is in a way a good measure of our spirit of generosity.

Characteristic of a true Believer: When asked about the characteristics of a Believer, Imam Zainul ‘Abideen said: “Righteousness in privacy, generosity even when needy, patience during misfortunes, sense of control when angry and truthfulness even when fearful.”

Kindness: Giving requires compassion, mercy, and love. Each person should give what he has decided in his heart to give; not reluctantly nor under compulsion, for God loves a cheerful giver. [2 Corinthians 9:7]

He who lives for himself, lives small, and dies small and will be forgotten,

And he who lives for others, lives big, and dies big and will be remembered

Our function in life is not merely to have and to hold, but to give and to serve, to get and not to forget. “The service we render to others is really the rent we pay for our room on this earth.” (Dr Wilfred Grenfell) Prophet Muhammad said: “Allah is at the assistance of a person as long as that person is of help to another.”

Remember the promise, people will enter Paradise; by the Mercy of Allah, through the generosity of their spirits and the soundness of their hearts. (Prophet Muhammad)

O Allah! I seek refuge in Thee from anxiety, grief, incapacity, laziness, stinginess, cowardice; from the burden of debt and from the domination of people. (Prayer of Prophet Muhammad)