Stress and Depression and Their Cause 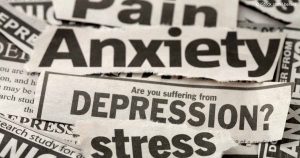 Stress and depression, regarded as the diseases of our time, not only cause psychological harm, but also manifests themselves in various physical defects.

Stress and Depression and Their Cause

The failure of irreligious people in submitting themselves to Allah causes them to be in a constant state of ill-ease, anxiety and stress. As a consequence, they are afflicted by various psychological illnesses which reveal themselves in their physical selves. Their bodies wear down more quickly, and they age rapidly and degenerate.

However, since believers are psychologically healthy, they do not fall prey to stress, or despondency, and their bodies are ever fit and healthy. The positive effects of their submitting to Allah, their trust in Him and fortitude, looking for the good in all things, and accepting what happens with the hope of His promise, are reflected in their physical selves. This, of course, applies only to those who live by the moral values of the Qur’an, and who truly comprehend the religion. Of course, they may fall ill and eventually grow old, but this natural process does not involve the psychological breakdown it does in others.

Stress and depression, regarded as the diseases of our time, not only cause psychological harm but also manifests themselves in various physical defects. The common stress and depression-related problems are some forms of mental illness, drug addiction, insomnia, skin, stomach and blood pressure disorders, colds, migraines, a number of bone diseases, kidney imbalances, respiratory difficulties, allergies, heart attacks, and brain swelling. Of course, stress and depression are not the only causes of these, but it has been scientifically proven that the origins of problems such as these are usually psychological.

Stress, which afflicts so many, is a state of mental anxiety caused by such feelings as fear, insecurity, overexcitement, worry and other pressures, that damage the body’s equilibrium. When people become victims of stress, their bodies react and sound the alarm, and various biochemical reactions in the body are initiated: The level of adrenaline in the bloodstream rises; energy consumption and bodily reactions reach their maximum levels; sugar, cholesterol and fatty acids are deposited into the bloodstream; blood pressure rises and the pulse accelerates. When glucose is sent to the brain, cholesterol levels rise, and that all spells trouble for the body.

Because chronic stress, in particular, alters the normal functions of the body, it can cause serious harm. Due to stress, Adrenalin and cortisol levels in the body rise to abnormal levels. Long-term increases in cortisol levels lead to the premature appearance of disorders such as diabetes, heart disease, high blood pressure, cancer, ulcers, respiratory diseases, eczema and psoriasis. The effects of high cortisol levels may even include the killing off of brain cells. The disorders caused by stress are described as follows in one source:

There is an important relationship between stress and the tension and pain it gives rise to. The tension caused by stress leads to narrowing of the arteries, disruption of the flow of blood to certain regions of the head and a reduction in the amount of blood flowing to that region. If a tissue is deprived of blood this leads directly to pain, because a tense tissue on one side probably requiring greater amounts of blood and on the other side already having insufficient blood supply stimulates special pain receptors. At the same time substances such as adrenaline and norepinephrine, which affect the nervous system during stress, are secreted. These directly or indirectly increase and accelerate the tension in the muscles. Thus pain leads to tension, tension to anxiety, and anxiety intensifies pain.1

However, one of the most detrimental effects of stress is heart attacks. Research shows that aggressive, nervous, anxious, impatient, competitive, hostile and irritable people have a much higher incidence of heart attacks than people less inclined to these traits.2

The reason for this is that extreme stimulation of the sympathetic nervous system, initiated by the hypothalamus, also causes excessive secretion of insulin, and therefore the accumulation of insulin in the blood. This is a matter of vital importance. Because none of the conditions that lead to coronary heart disease play such a definitive and harmful role as excess insulin in the blood.3

Scientists have recognized that the higher the level of stress, the more the positive effects of the red cells in the blood are weakened. According to an experiment developed by Linda Naylor, head of Oxford University’s technology transfer company, the negative effect of stress levels on the immune system can now be measured.

Studies on psychological or physical stress have revealed that at times of intense stress there is a fall in immunity response linked to the hormonal balance. It is known that the emergence and strength of many illnesses including cancer is linked to stress.4

In short, stress harms a human being’s natural equilibrium. Constant exposure to this abnormal condition impairs the body’s health and leads to a wide variety of disorders. Experts classify the negative effects of stress on the human body under the following basic categories:

The fact that those who fail to abide by religious moral values experience “stress” is revealed by Allah in the Qur’an:

In another verse, Allah has revealed that

“… the earth became narrow for them, for all its great breadth, and their own selves became constricted for them and they realized that there was no refuge from Allah except in Him…” (Al-Tawbah, 9:118)

This “dark and narrow” life, or stress, to give it the current name, is the outcome of non-believers’ failure to abide by the moral values imparted by faith. Today, doctors maintain that a calm and self-assured composure are essential for protection from the effects of stress. A calm and peaceful disposition is only possible by living according to the Qur’an. Indeed, it has been revealed in many verses of the Qur’an that Allah imparts “serenity” upon the believers. (Qur’an, 2:248, 9:26, 40, 48:4, 18) Our Lord’s promise to the faithful has been revealed as follows:

“Anyone who acts rightly, male or female, being a believer, We will give them a good life and We will recompense them according to the best of what they did.” (Al-Nahl, 16:97)