The Superficial and their Life of Unawareness 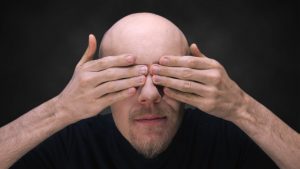 But a person lacking this awareness disregards the existence of Allah and the Hereafter for the most part of his daily life.

The Superficial and their Life of Unawareness

The word unawareness refers to those who forget our Lord’s existence, disregard the realities of death and the Hereafter, give themselves over to worldly desires and passions and as a result, do not obey Allah’s sublime commands. We are told in the Qur’an that these people are content to evaluate things by their external appearance:

“They know an outward aspect of the life of this world but are heedless of the Hereafter.” (Al-Rum 30: 7)

They do not consider that Allah has absolute sovereignty over all matters. A shallow way of looking at the world has become a culture for them, largely due to deficiencies in their faith. They cannot properly conceive of Allah’s infinite power and sovereignty; and this failure of theirs has endowed them with an unbecoming boldness to live in this culture.

If an individual understands that Allah sees him every moment, is aware of what he does and what he thinks, and that all this is recorded in his name in Allah’s presence, then fear of Allah will lead him to practice the moral teachings of the Qur’an. This will give him a special behavior and way of thinking that are easily recognized. This is a quality far removed from superficiality; it is a natural purity that resides in no culture apart from the morality of the Qur’an; and is seen in the dignity, penitence, faithfulness and conscience of the prophets. In this morality, there is a definite heedfulness and awareness that leads an individual to be aware every moment of the existence of Allah and the Hereafter, and to seek His pleasure in everything he does. In every word he utters, he knows he is in Allah’s presence, and he lives with this idea constantly in his mind. Such a person could not possibly (unless Allah wills the contrary) demonstrate a superficial personality’s manners and expressions. He will take great pains to make sure that his choices, facial expressions, and tone of voice befit the dignity of a Muslim.

But a person lacking this awareness disregards the existence of Allah and the Hereafter for the most part of his daily life. Very often, he is literally hypnotized by his contact with others, the variety of events that happen to him, and the countless details that confront him. It never occurs to him that Allah has created these things as tests and that Allah can easily create all these details. On the contrary, he disregards Allah and concentrates merely on the details. He believes that everything that happens in his life is the result of chance, under no one’s control. As a result of these unaware ideas, he thinks that human beings are absolute entities and that their reactions result from a chain of chance occurrences. Therefore, he adjusts all his expressions, reactions, way of life and future plans in favor of his relationships with others.

A person unaware of Allah’s existence and infinite power, or who is aware but sees nothing wrong with the false religion of superficiality, cannot truthfully say that he fears Allah. So it seldom occurs to him that he should make preparations for the next life. He does not hold the ideal of developing his personality and raising his morality to a level that will please Allah and be worthy of Paradise.