The Superficiality in the Eyes 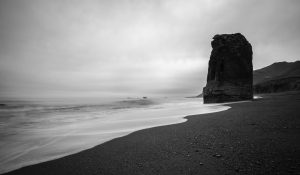 The Superficiality in the Eyes

A person’s eyes reflect his personality and the culture that he lives in. His expression reveals his true face and is important in determining his spiritual state, level of culture, personality and character.

Deep devotion, submission and maturity are striking when seen in the eye of a person of sincere faith who fears for his state in the world to come. From the peaceful expression in his eyes and on his face, it can be seen that he has reached maturity and is free of worldly passions. From his look of intelligence and awareness, it is clearly understood that he has faith in Allah. The Prophet (pbuh) says the following in one of his hadiths:

“The one who remembers death the most and the one who best gets prepared for the life after death; he is indeed the one who is the most wise and conscious.” (Ibn Majah)

A Muslim with such awareness does not try to reflect anything unnatural in his eyes; on the contrary, his freedom of expression suggests that he can be trusted. His spirit shows how peaceful he is in the power of his faith. His expressions show a person of fine moral character and fear of Allah and who is determined to have nothing to do with ignorant culture. There is keenness and nobility in his expressions.

In contrast to such an individual, people under the influence of superficial culture wear expressions that betray all the ugliness of that culture. No matter how much they try to hide it, their eyes always give them away. For example, a Muslim shows his excitement, pleasure and lively happiness, but these others frequently have a dull look in their eyes. These people may be lively and extroverted, good conversationalists. But, the empty lifelessness on their faces comes from their unawareness and inability to understand the reality of the Hereafter.

We are told in the Qur’an that such expressions come from the fact that these people do not keep Allah in their hearts—that is, from their unawareness:

“Those are the people whose hearts, hearing and sight Allah has sealed up. They are the unaware.” (Al-Nahl: 108)

This manner of expression in the eyes is formed under the influence of this debased culture. No matter how these people may try to assume a meaningful expression in their eyes, because they do not have faith, they cannot change their expressions into the look of nobility, grace and understanding that a faithful Muslim displays. They can only pretend to look this way. This culture is most often narrow-minded and far removed from religion; it makes impossible any true and admirable goodness in an individual. On the contrary, it turns the individual into a repulsive person that causes discomfort both with his looks and his demeanor. In the expressions in his eyes, there is no real meaning that would allow direct contact, or allow others to have mutual conversations or to evaluate a situation together.

To hide their own lack of wisdom, some people in this debased culture try to find something to mock about in every situation. This is the reason for the discomforting look of mockery in their eyes. But by using ridicule instead of speaking honestly from the heart, by trying to elevate themselves by making others look ridiculous, shallow individuals actually humiliate themselves. Behind their looks there are most often weak individuals in no position to ridicule anyone and who lack even others’ ability to comprehend issues deeply. Anyone who properly understands Allah’s greatness would never wear an expression of mockery.

Being always aware of his own helplessness in Allah’s sight, he would never enter such a state of moral depravity. His intelligence and his conscience ensure that his eyes are always natural and sincere. There is always a wise, humane, warm, sincere and friendly expression in the eyes of a devout Muslim. Others see through his eyes that he is reliable and has a high moral character. Besides this, his eyes act as a veritable shield against superficiality. Someone who gazes at him with a shallow expression will never receive the response he expects.

The awareness, precision and clarity are striking in the eyes of a person who sees Allah’s manifestations in everything and who praises Him. When you look into such a person’s eyes, his admiration of Allah’s creatures, his love and interest are obvious. But when you look at someone who does not regard his environment this way but who, on the contrary, thinks of human beings as independent of Allah (surely Allah is beyond that), forgetting that the world is under His control, you see his eyes reflecting emptiness and often tension. Because he does not love Allah in his heart as he ought to, the love he feels toward Allah’s creatures is weak. His eyes give no indication that he understands what real love is.

On the contrary, no matter how friendly you act toward such an individual, he will respond only insofar as his shallow understanding of love permits. This is because superficiality as a culture draws him into unawareness by preventing him from gathering together things that would strengthen his love toward Allah and His creations. A person under this culture’s influence has an extremely shallow, narrow mental make-up.

The unpleasant culture of superficiality is also influential in the way people give off-putting forms and meanings to their expressions. For example, people living within that culture adopt a squint as they engage in gossip, one of the unpleasing features of that culture. In a similar way, they open their eyes as wide as possible and exhibit an ugly appearance in order to express admiration or amazement. During private conversations with others with whom they share this same culture they constantly look to right and left. In addition to these, they also have sly ways of looking especially while prying into subjects which they know is actually not their business. This consists of looking out of the corner of the eyes or concealing the object of the interest by pretending to be looking elsewhere.

A wise person is able to watch himself and to identify and correct any improper behavior and body language. Such people are therefore immediately able to alter such behavior in themselves. Superficial people, on the other hand, lack the intelligence with which to perform such analysis and self-criticism. For example, even if the abnormality of the expressions just outlined above are described to them, they still fail to understand, because they see nothing wrong in them, and may even suggest that these are perfectly natural reactions. Their perspective is far too shallow to permit them to distinguish between superficiality and naturalness.

Of course, when someone is surprised, his eyes may expand. When he is curious, he may show it in his face. But here we are referring unnatural reactions on the faces of shallow people and how they use this as a means to an end. They pretend to be surprised when they are not. They use furtive looks when they are needlessly curious. They scan the area around them when gossiping; they put on an inquisitive look when they are prying or looking for another’s faults. None of these expressions is reasonable or humanly acceptable.

On the contrary, they are the result of the deep unawareness and superficiality they live in. This type of expression is never seen in the eyes of a Muslim whose heart is attached to Allah and knows that He sees him and embraces him at every moment. When these other individuals look around with such expressions, they are not aware that Allah sees them or, as stated in the Qur’an, that He perceives their eyes:

“Eyesight cannot perceive Him but He perceives eyesight. He is the All-Penetrating, the All-Aware.” (Al-An`am: 103)

“He knows the eyes’ deceit and what people’s breasts conceal.” (Ghafir: 19)

Those who share this debased culture gaze on at one another with an expression that creates an unspoken understanding among them. According to the time and the place, they look at one another with expressions that carry different meanings and nod and wink at one another. Sometimes these looks and signals are intended to ridicule someone or to secretly send a message among themselves appropriate to such a debased culture. In the Qur’an, Allah says that the mockery that these people use, together with their other debased methods of communication are the very means used by evildoers:

“Those who did evil used to laugh at those who believed. When they passed by them, they would wink at one another.” (Al-Mutaffifin: 29-30)

In another verse, Allah warns people against such morality:

Anyone who has sincere faith in Allah and tries to please Him in everything he does will completely avoid these facial expressions. He will always keep his heart and his conscience pure. This superficial behavior, which is contrary to the religious morality and which Allah condemns in the Qur’an, may prevent a person from receiving the reward he expects in Allah’s presence.

Therefore, an individual must be aware of the perverse ways of thinking that cause superficiality and the facial expressions used in superficial culture. A person determined to be faithful to Allah must abandon this debased manner of behavior, repent of his own former attitudes and actions, and demonstrate a serious determination to live according to Muslim morality.
Allah says in the Qur’an that the renunciation and repenting of unseemly behavior are special characteristics belonging to Muslims:

“ [People who guard against evil are] those who, when they act indecently or wrong themselves, remember Allah and ask forgiveness for their bad actions [and who can forgive bad actions except Allah?] and do not knowingly persist in what they were doing.” (Al `Imran: 135)