True Love Is Tested by Action 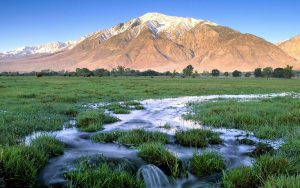 Such type of love is so dynamic, so lively and inspirational.

Sometimes love is unexpressed, affection is unspoken of, especially when you can’t find sufficient words to articulate your thoughts or to precisely express your feelings. I’ve often found myself in awe when speaking about Prophet Muhammad (peace and blessings be upon him). Whenever his name is emanated from minarets, or recited during prayers, or mentioned in hadiths, I feel delighted, my heart palpitates with deep emotion; but my tongue feels constantly bounded to repeat, fearing to slip into exaggeration, the echoing, everlasting, and spiritually-rejuvenating expression, salla Allahu ‘alaihi wasallam. But to further console my heart, I usually say…

Beloved Prophet, kindly accept my apology. Your love is but a belief and theology. It has always revived my soul. But expression is beyond my control.

In an authentic hadith narrated by Al-Bukhari and Muslim, the Prophet (peace and blessings be upon him) instructed his companions saying, “None of you can have (real) faith until I become dearer to them than their own fathers and children and all humans.” In another version, he added “and even more than you would love your own selves“. The Qur’an further warns us to dedicate our hearts to nothing more than Allah, His Prophet and striving in His cause,

“Say, “If your fathers and your sons and your brethren and your mates and your kinsfolk and the property you have acquired and the trade in which you fear a decline and the dwellings you like are dearer to you than Allah and His Messenger and than striving in His way, then wait till Allah brings about His command,” and Allah does not guide the transgressing people.” (Al-Tawbah 9:24)

Throughout history Muslims have expressed their love for Prophet Muhammad, in various ways. Poets have always competed to praise Prophet Muhammad and voice their love for him in lyrical, chiming words. Singers have used their sonorous voices to sing eulogies and love for the Prophet. Great authors and writers compiled books highlighting his noble character, personality traits and marvelous achievements. Sheikhs and Imams have prepared powerful speeches about the Prophet, underscoring his fabulous contributions to humanity. Among all these people there were those who exceeded the limits in extolling the Prophet, while others tried to remain within the acceptable boundaries of permissible eulogy.

Nevertheless, the best and most effective form of expressing one’s love for the Prophet (peace and blessings be upon him) is the embodiment of his great teachings and the adoption of his great example as a way of life. As the Qur’an puts it,

“You have indeed in the Messenger of Allah a good example for anyone whose hope is in Allah and the Last Day, and who engages much in the praise of Allah.” (Al-Ahzab 33:21)

Such type of love is so dynamic, so lively and inspirational. It actually proves your dedication and devotion, your sincerity and genuineness, your seriousness and enthusiasm, your affection and attachment to the Prophet and his mission. Conversely, a person who claims to love the Prophet while in reality he/she is too far from his Sunnah does nothing but pay a lip service, for real love is tested by actions.

Therefore, a Muslim should spare no effort to learn about the Prophet, his lifestyle, his manners, teachings, and directives in all walks of life. Such knowledge is called the seerah (biography). Etymologically, the word seerah comes from the root verb sara, which means to travel or go on a journey. A person’s seerah is his/her journey through life; his birth, his life and his death, and his manners and characteristics, his accomplishments and contributions. So a true follower of the Prophet is expected to seek knowledge through the Prophet’s seerah; his early life, his mission and patience, his struggle and mission, his leadership and diplomacy, his spirituality and mentorship, his seriousness and sense of humor, his parenthood, his friendship, his education – simply his comprehensive way of life.

Such extensive knowledge of the seerah is a roadmap for travelers on the path of life, an enlightenment in the midst of perilous times, and a detailed explanation for success in this world. Describing the goal of the Prophet’s mission, the Qur’an tells us that Prophet Muhammad has been but “a mercy to the worlds” (rahmat-un-lil-‘aalameen). That means his message brings nothing but peace, love, kindness, and pleasure to the entire humanity. Unfortunately, many Muslims have gone far away from the example of the Prophet (peace and blessings be upon him). Some have abandoned it completely, replacing it with different ideologies and various lifestyles. Some have focused on a particular aspect of the Prophet’s life, therefore lacked balance and equilibrium. Others have clung to their cultures and traditions, and due to their ignorance of the seerah, they failed to distinguish between what is cultural and what is religious, what is historical and what is divine. As a result, some of our youth have fallen victims to many deviant intellectual trends such as extremism, rigidity, radicalism, and even violence. Such repulsive ideas and erroneous ways of life would not have found way to the Muslim Ummah had they been trained in the light of the seerah of the Prophet that offers vibrant principles of life and practical ethics for the daily conduct suited to the whole world. Therefore, we need to revive our love and veneration for Prophet Muhammad, (peace and blessings be upon him), by studying and reflecting on his exemplary way of life, teaching his seerah to our children and youth. Not in the form of recounting interesting stories that entertain them, but in the form of learning and seeking guidance to help them understand life and flourish with faith and good actions.

Sheikh Tamir Ali holds a BA in Islamic Studies from Al-Azhar University. He is currently the Imam of the Edmonton Islamic Academy, Alberta. He is the author of “Portraits from the Life of Muhammad”, ” The Weapon Against Despair” and other books.