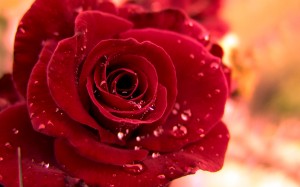 You can find plenty of ways to turn around some of the ideas advocated by Valentine’s Day. One of these is with practical resolutions.

Chocolates, flowers, hearts, cards, and romance: these are the ingredients that make up the annual celebration of Valentine’s Day every February 14.

On the surface, these are lovely things. But in reality, the occasion promotes the culture of free sex and male-female relations from a specific point of view.

Although Valentine’s Day is supposed to be a celebration in honor of St. Valentine, who was killed because of his opposition to free sex, its origins and its adoption by Christians as a holiday is really a dishonor to this saint’s memory. Islamic scholar Abdullah Hakim Quick explains the pagan origins of the day in the video Holiday Myths.

You can find plenty of ways to turn around some of the ideas advocated by Valentine’s Day. One of these is with practical resolutions. There are also ideas Muslim communities can use to make others, especially young people, question the beliefs and concepts associated with V-Day.

You can also make others think about Valentine’s Day by using one of the occasion’s own methods of propagation: cards. Like everything Western, Valentine’s Day is also showing up in many Muslim countries. Challenge this latest import by sending our version of Valentine cards to loved ones and friends.

Finally, if you’re under the illusion that this is an adult celebration, think again. Kids in public schools are indoctrinated into certain cultural expectations about male-female behavior and peer acceptance -through Valentine’s Day.

Don’t let this February 14 pass without a greater awareness of the story behind those lovely chocolates, cards, and flowers. There’s more to it than meets the eye.

Valentine’s Day: Some history you should know

Christians were aware of the Pagan roots of Valentine’s Day. The way the Christians adopted St. Valentine’s Day should be a lesson for Muslims. In fact, the failure to fully separate Valentine’s Day from its pagan roots explains why Islamic scholars and a number of Muslims avoid adopting traditions of non-Muslims, even though they could possibly be Islamicized.

The Arabic word Bid`ah means adopting something new as a religious practice into Islam. Bid`ah is a sin in Islam. Muslims should avoid things with un-Islamic roots even though they may appear to be innocent.

The history of Valentine’s Day serves as a powerful lesson for Muslims. St. Valentine became a Saint trying to resist free sex. Even though there was an attempt to Christianize it, today St. Valentine’s Day is gone back to its roots. No one even knows that the Church even tried to ban the St. Valentine’s Day. Rather, most people think of romance, cupid and his arrow, which are vestiges of pagan Rome.

The first information about this day is found in pre-Christian Rome, when pagans would celebrate the “Feast of the Wolf” on February 15, also known as the Feast of Lupercalius in honor of Februata Juno, the Roman goddess of women and marriage, and Pan, Roman god of nature.

On this day, young women would place their names in an urn, from which boys would randomly draw to discover their sexual companion for the day, the year, and sometimes the rest of their lives. These partners exchanged gifts as a sign of affection, and often married.

When Christianity came onto the scene in Rome, it wanted to replace this feast with something more in line with its ethics and morality.

A number of Christians decided to use February 14 for this purpose. This was when the Italian Bishop Valentine was executed by the Roman Emperor Claudius II for conducting secret marriages of military men in the year 270.

Claudius II decided that single men made better soldiers than those with wives and families, so he outlawed marriage for young, single men, who made up his military. Valentine defied Claudius and performed marriages for young couples in secret. When his actions were revealed, Claudius put him to death.

Another version of the story says that Valentine was a holy priest in Rome, who helped Christians escape harsh Roman prisons where they were often beaten and tortured.

Valentine was arrested and sent to the prefect of Rome for this. He found that his attempts to make Valentine renounce his faith were useless, and so recommended he be beaten with clubs, and later beheaded. This took place on February 14, 270.

According to the Catholic Encyclopedia, there are at least three different Saint Valentines, all of whom are Christian martyrs of February 14.

One of them is described as a priest from Rome (as mentioned above), another as bishop of Interamna (modern Terni), and the third from Africa.

It was in the year 496 that Pope Gelasius officially changed the February 15 Lupercalia festival to the February 14 St. Valentine’s Day to give Christian meaning to a pagan festival. The holiday becomes popular in the United States in the 1800’s during the Civil War.

As well, Pope Gelasius ordered a slight change in the lottery for young women that would take place during the pagan festival.

Instead of the names of young women, the box would have the names of saints. Men and women were allowed to draw from the box, and the purpose of this was to copy the ways of the saint they had selected for the rest of the year. 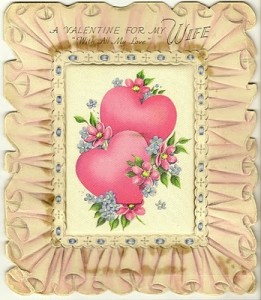 A number of the customs connected to Valentine’s Day originated in the belief in England and France during the Middle Ages, that on February 14, birds began to pair.

Those who chose each other as husband and wife on Valentine’s Day apparently called each other their Valentines.

In terms of Valentine’s greeting “Your Valentine” which today you find on a number of Valentine’s Day cards, the above-mentioned Roman priest Valentine actually sent the first ‘valentine’ greeting himself.

While he was in prison awaiting execution, he apparently fell in love with a young girl who would visit him. Before he died, he allegedly wrote her a letter, signed ‘From your Valentine,’.

In terms of the virtually naked, arrow-shooting cupid character which shoots people with its arrows to make them fall in love, this character is a vestige of Roman pagan times. Cupid was described as the son of Venus, the Roman god of love and beauty. You usually find Cupid’s picture on Valentine cards and other paraphernalia.

Normally, people make resolutions at the beginning of a new year, hoping to change their lives by maintaining good habits over the course of 12 months.

But Valentine’s Day is an interesting occasion to think about some of our behavior, especially regarding our self-image, who we love, and our relationship with the opposite sex.

Here are some “resolutions”:

Forget vanity. Of course, comb your hair, wash your face, do what you’ve got to do. But avoid spending time with the mirror. You’ll notice, you may start paying more attention to how you feel and think.

2. Reduce the number of mirrors in the house

This will make it easier to do the above. Also, see if this action leads to you and the family focusing more on behavior than if your hair is blow dried right, there’s a zit on your nose or any of the other worries we usually have about our looks.

3. Don’t compare yourself in looks and money to others

How often have we envied the beautiful? Or the rich? Too often perhaps. In our celebrity-saturated culture, beautiful, rich and famous people can become idols people seek to not only worship but emulate.

Instead, say Alhamdu lillah. Allah has given me eyes I can see with, a nose, lips, etc. I’m normal, I can function, and no, I am not ugly. Say Alhamdu lillah, I have a job, I have an education, I am not poor. Too often we compare unfairly. Let’s avoid that.

What adds to our excessive love of physical beauty is the media: ads in magazines, commercials, soap operas, etc. featuring “perfect” human beauty.

Turn off the T.V. and ditch People’s Magazine. See how long you can do this and see what a difference it makes in your life.

Remind yourself of the blessings Allah has given you. This will not only make you realize how content you should be but also, it can help you realize how much all of us really need to love Allah and be grateful to Him for all of His blessings.

Try coming up with a Top Ten list of things to be grateful for. Write it up, maybe stick it somewhere you can see it. Whenever you feel depressed, fearful, or insecure, read and remind yourself of how much you do have.

If Valentine’s Day is about love, then who do you really love? And why do you love them? Are they the center of your life? If so, why? What have they done for you to deserve your love?

Make a Top Ten list, in order of importance, of people you love with one sentence beside it explaining why you do. Then think about additions, subtractions, or changes in the order.

Think about it: who gave you life, everything you have, every breath you take, your job, your education, your parents, your spouse, your kids, your siblings, your breakfast this morning, that great raise you got the other day? Allah, of course.

Think about the implications of loving Allah. How does that translate into action in your daily life? Ask yourself, do I even know Allah well enough? Maybe I need to read some more about Him?

8. Then consider the Prophet Muhammad (peace and blessings be upon him)

Do I understand the role he plays in my life, with me, today, at this time, in this country, in this city as a Muslim? Do I know enough about him to love him? What does loving him mean? How does it affect me every day?

9. Self-evaluate your behavior and habits

Too often, we lament over how many pounds we’ve gained over the last year (or month or day) or how much hair we’ve lost in the last couple of years.

Shift this attention to behavior and ask yourself some questions about your behavior. Better yet, ask yourself whom you really love, and who or what you’re really worshiping.

Now that you’re focusing on content instead of looks with yourself, why not do the same with others?

Lower your gaze when you encounter the guys/girls on the street, at school, at work etc. This doesn’t mean looking at the ground. It includes avoiding staring at someone who looks good to us. Let’s not forget: looks don’t tell us the whole story about ourselves, and it’s the same with others.

11. Never give another Valentine’s Day card

Read up on what Valentine’s Day is really about and vow never to write up and give another Valentine’s Day card again. Use your money for Eid cards to family and friends instead.

12. Send a Just Say No to Valentine’s Day card to five Muslims you know in Muslim countries

The Western cultural onslaught has already begun hitting the Muslim world. Don’t be surprised to see Muslims sending each other Happy Valentine’s Day greetings in Muslim countries. Educate Muslim family members and friends about it. Send them a Just Say No To Valentine’s Day card.