What Made Her Cry? 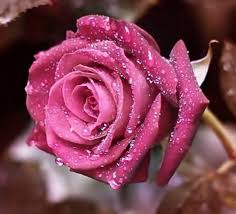 She said: “Though the consumer of provision has left, the Sustainer of all provisions has always been there!”

Hatim Al-Asam was one of the most prominent righteous people who have ever existed.

One day, he felt an overwhelming longing to perform Hajj (Pilgrimage to the Sacred House in Makkah, Saudi Arabia) though he had no money on him. He had nothing to spend on his Hajj journey nor his own children during his absence which may take several months as there were no fast track transportation back then like those we have today.

When the time of Hajj approached, he became sad and deeply concerned.

One of his daughters, who was known to be righteous as well, saw him in that state and asked: “Why do you cry, father?”

He answered: “The season of Hajj is approaching!”

He replied: “I cannot afford the expenses.”

She said: “Allah will provide for you from sources you could never imagine!”

He said: “What about your expenses?”

She replied: “Allah will provide for us what we need.”

He said: “But, what will your mother say about that?!”

Upon that, the good daughter went to her mother and reminded her of Allah and His limitless bounties and graces and convinced her as well.

Eventually, the mother and the children told Hatim to go and reassured him that Allah the Almighty would provide all necessary provisions for him to perform his Hajj and for them to survive during his absence.

Leaving them what may suffice them for three days only, Hatim set out for his journey with neither provisions nor money on him and he followed the caravan by walking behind it. On their way, the leader of the caravan was stung by a scorpion and an announcement for someone who could treat him with ruqyah (Ruqyah is when a person recites part of the Qur’an such as the opening surah of Al-Fatihah or makes supplication using words transmitted from the authentic Hadith of the Prophet (Peace and blessings be upon him)) was made. Some people said that Hatim was the right person for this, for his piety, righteousness and knowledge.

Hatim recited some ayahs from the Qur’an along with invocations from the Prophetic Hadith and thus the caravan’s leader was healed by Allah’s Will and Mightiness.

As a reward, all provisions and expenses due from Hatim were announced to be shouldered by the caravan’s leader himself as a gesture of gratitude. He declared he would shoulder all Hatim’s expenses for going and coming back from Hajj, all of it!

Three days after Hatim’s departure, the provision he left for his family ran out and hunger started to take them one by one. All family members, old and young, placed the blame squarely on the daughter; however, she could not stop laughing!

And they were amazed and astonished, saying: “What makes you laugh while hunger is about to finish us off, all of us?!”

She answered: “What do you think of our father? Is he a sustainer or a consumer of Allah’s provision?!”

They assuredly answered: “A consumer of Allah’s provision and Allah is the Sustainer, Glory be His!”

She said: “Though the consumer of provision has left, the Sustainer of all provisions has always been there!”

While the conversation kept on, there were knocking on their door.

They said: Who is it?

The knocker said: “We are looking for some drinking water for the Caliph.”

The daughter filled the water skin and gave it to the messenger.

This is the most delicious and tasteful water I have ever had; there is something unique about it; the Caliph said to himself.

He then asked: Where did you get this water?

They (his companions) answered: From Hatim’s house.

He said: Bring him to me so that I give him a good reward.

They said: He is performing the ritual of Hajj.

Upon that, the Caliph unfolded his belt – a belt made of cloth and ornamented with jewels and gems –, threw it at Hatim’s door and said: This is for Hatim’s household.

Then further said: Whoever loves me, let him do just as I did!

All the ministers and wealthy merchants accompanying him unfolded their similar expensive belts and threw them all at the door of Hatim’s house.

The belts pilled at the door and one of the wealthy merchants bought them all with a price that filled the house with gold that would be enough for them until their last day and then brought back all the belts to their owners, the Caliph and the other merchants as a sign of generosity and respect.

While they were joyful and happy after eating their fill, the good daughter’s tears spilled over her cheeks.

Noticing her tears, the mother asked: How strange you are my dear daughter! We were crying out of hunger while you were laughing. And now, Allah the Almighty removed our hardship and provided for us a great provision and you are crying. Why is that?

The daughter replied: This creature who can do his own self neither good nor harm (i.e. the Caliph) gave us a kind look which made us rich up till the end of days. How about if The Owner of All (i.e. Allah the Creator) gives us a kind look of His?!

How many among us who think that way and have that strong trust in Allah the Almighty, the Creator and Sustainer of all?!

When Allah the Almighty chooses anyone to be pious and guided, this is not because s/he is unique or much more obedient than the others; it is only out of Allah’s Mercy and Compassion. However, we should be aware that one can lose this at any time as per Allah’s Absolute Will; so, we better watch it.

Therefore, one should not be misled by his or her own good deeds or the performance of the acts of worship or rituals. In a similar vein, one should not look down upon those who went astray and deviated from the Path of Guidance and Truth as were it not for Allah’s Mercy, you could be in his or her place.

We have to put all our trust in Allah and to thank Him, Glory be His, for all His provisions, compassion and mercy.