Where Wisdom and Conscience Have No Place 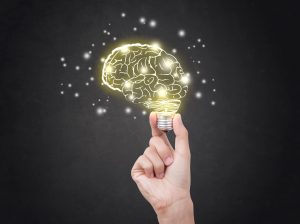 Astonishment and acting indecisively are only a few of the consequences of not applying wisdom or conscience.

The system of ignorance leaves no room for thought; it means living without thinking, speaking without thinking, giving decisions without thinking, implementing without thinking… Ignorant people regard thinking as a waste of time, and more importantly, perceive it as troublesome, since it definitely calls for conscience and wisdom, two concepts honored only in theory but never in practice in the ignorant way of living. Instead, without subjecting them to thorough investigation, people apply and observe rules, principles and customs of their own making, surely an easy way of living never demanding thought.

For instance, they know exactly what to do as long as they are instructed. In case of an emergency or an unexpected situation, they lack the initiative to provide solutions to problems. That is merely because they are used to ready-made solutions. Astonishment and acting indecisively are only a few of the consequences of not applying wisdom or conscience.

Similarly, the ignorant show apathy towards innovation. Unless under compulsion, they display reluctance to produce anything new, no matter what the subject. An example from daily life would make these explanations more explicit. Ignorant people are ready to buy whatever designers serve up, however ridiculous. Just for the sake of being in fashion, they wear clothes which look ridiculous. They seldom use their common sense to look good. Likewise, preferences regarding home decoration, movies, entertainment, TV shows, etc. are all determined by the general tendencies in fashion.

This point of view reveals itself in many ways in daily life. Meeting a beggar with outstretched hands on the street, they cannot sidestep but give some money. This, however, is a reflex action, which is the outcome of a learning process rather than a conscientious decision. In a totally different situation, however, it is quite possible that they would behave in a thoughtless and senseless way. In the course of daily life, it is possible to witness hundreds of other examples of these reflex actions. The essence of the issue is that the consequences of habitual thoughtlessness can be more serious than one can ever imagine. Surely the most serious deficiency of all, however, is having a poor grasp of the greatness of Allah and the existence of the Hereafter. In the Qur’an, the reason for these characteristics of the ignorant society is simply stated:

“That is because they are people who have no sense.” (Al-Hashr: 14)

Believers are those, on the other hand, who have an insight into the importance of wisdom and conscience. In every aspect of life, they take advantage of this favor to the fullest possible extent. They ponder upon every incident which befalls them and takes wise and thoughtful action. Believers also draw lessons from these incidents and gather enlightening experience to be used later in life. Never do they engage in inherited practices without questioning them. If the system handed down to them offers something really favorable, they embrace it. Meanwhile, they don’t allow the non-workable components of this system to influence their lives and lose no time in changing or improving conditions if a renovation is required. What is more important, they live a peaceful and rewarding life in this world and also attain happiness for all eternity thanks to their considerate behavior.