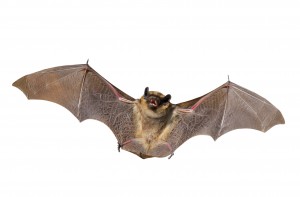 Researchers at the University of Edinburgh have conducted studies on a robot, which has “smart ears” to find its way via eco-location (using the sound waves emitted by some creatures to detect things such as the distance or size of an object) just like a bat. Jose Carmena, from the informatics faculty of the university, and his co-workers have named this robot as “RoBat.” A sound source that acts like a mouth and two fixed sound detectors were placed on RoBat. Then the robot’s mouth was arranged to spread sound waves (echoes) just like in bats.

In the design of RoBat, other characteristics of bats were also considered to utilize the echoes in the best way possible. Bats move their ears to determine the frequency intervals of sound waves, and in this way they easily overcome the obstacles in front of them and find their prey and catch it. RoBat was also equipped with such ultrasonic detectors to have a perfect mechanism like that seen in bats.

However the leading car manufacturers of the world are using ultrasonic detectors that are activate when the vehicle is put into reverse gear. The driver is therefore able to recognize how close he is to another car or object standing behind him, thanks to these detectors.

These superior beings, of which we can give a few examples, and which serve as an inspiration to the technological advances of the 21st century are only some of the works of Allah, Who creates all things without prior example and in a perfect manner. In the Qur’an, Allah’s name “Al-Badi (One Who Creates without example)” is revealed as follows: