Benefits of Reduced Movement at Night 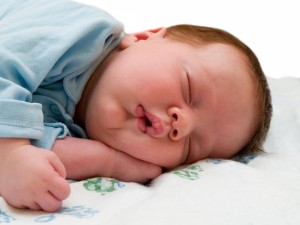 “He splits the sky at dawn, and appoints the night as a time of stillness and the Sun and Moon as a means of reckoning.” (Al-An`am 6: 96)

The Arabic word sakanan, which appears in the original of the above verse, means “repose, rest, time to withdraw to rest, time for a break.” As indicated by Allah, night is the time when human beings rest.

The hormone melatonin, secreted at night, prepares the body for sleep by slowing down peoples’ physical movements, making them sleepy and tired, and functioning as a natural tranquillizer that eases their minds.1 During sleep, heartbeat and respiration rhythms slow down and blood pressure falls. In the morning, the production of the hormones stops and the body is stimulated to awaken.2

At the same time, sleep allows the body’s muscles and tissues to repair themselves and the body to replace old or dead cells. Since energy expenditure is reduced during sleep, the body stores energy throughout the night. Several chemicals vital for the immune system and growth hormones are also secreted during sleep.3

In the event that people fail to get enough sleep, therefore, the immune system is immediately affected and the body becomes more susceptible to sickness. If people are unable to sleep for two nights, they will find it harder to concentrate and their error levels will rise. If they are deprived of sleep for three nights, they will begin to hallucinate and be unable to think logically.4

Night is as much a time for rest for other living things as it is for human beings. This situation, referred to by Allah in the verse “the night as a time of stillness,” indicates a fact that cannot be observed by the naked eye: Many activities that take place during the day slow down and rest during the night. In plants, for instance, perspiration in leaves and photosynthesis begin to rise when the sun rises. In the afternoon, the situation is reversed.

In other words, photosynthesis slows down and respiration increases, because perspiration is accelerated as the temperature rises. At night time, as the temperature falls, perspiration slows down and the plant rests. Most plants would die if just one night failed to take place. From that point of view, night means rest and reinvigoration for plants, just as it does for human beings.5

These facts are, in all probability, indicated Surat Al-An`am 96 and reveal yet another of the Qur’an’s countless miracles. (Allah knows best.)

One thought on “Benefits of Reduced Movement at Night”