Climate Change: The Cost of Doing Nothing 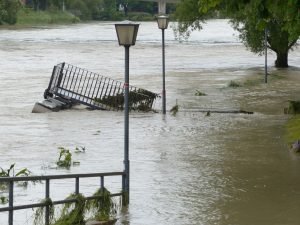 Climate Change: The Cost of Doing Nothing

Every day, I hear stories of the suffering caused by the humanitarian impacts of climate change in communities across the world. Red Cross and Red Crescent volunteers speak of parched landscapes after recurrent droughts, and families’ crops, homes and livelihoods washed away by floods and cyclones. I hear of island communities under threat. Of needless deaths during heatwaves in major world cities.

Looking at this IFRC report, I think of this suffering, and I picture it rising by 50 percent just over ten years from now. Then, I picture it doubling by 2050.

“There is clearly a very high cost of doing nothing. However, there is no clear reason why 200 million people should be forced to pay it in 2050.”

This is alarming enough.

What is truly shocking is that the findings presented here do not include considerations of how the climate crisis may affect the drivers of conflict or the potential future risk of increased epidemics and heatwaves. The true cost of doing nothing will likely be much higher than the estimates presented here.

There is clearly a very high cost of doing nothing. Nevertheless, there is no clear reason why 200 million people should be forced to pay it in 2050 – because these projections also show that there is a chance to do something powerful, today. This possible future – one of escalating suffering, shattered communities, ballooning costs and thwarted potential – does not have to come to pass.

No one organization, network or government can end the climate crisis overnight, but we can act together to stop a climate catastrophe from engulfing hundreds of millions of lives in disaster after disaster. We can do this by ensuring that resources and expertise are put where they are needed most – into adaptation measures that extend to the communities most at risk.

We all know the cost of doing nothing is far, far too high. So now is the time to act, knowing that through doing something we can save the lives, livelihoods and dignity of millions of people.

Climate change occurs when changes in Earth’s climate system result in new weather patterns that remain in place for an extended period of time. This length of time can be as short as a few decades to as long as millions of years. The climate system comprises five interacting parts, the atmosphere (air), hydrosphere (water), cryosphere (ice and permafrost), biosphere (living things), and lithosphere (earth’s crust and upper mantle).

The energy moving through Earth’s climate system finds expression in weather, varying on geographic scales and time. Long-term averages of weather in a region constitute the region’s climate. Climate change is a long-term, sustained trend of change in climate. Such changes can be the result of “internal variability” when natural processes inherent to the various parts of the climate system alter Earth’s energy budget. Examples include cyclical ocean patterns such as the well-known El Niño–Southern Oscillation and less familiar Pacific decadal oscillation and Atlantic multi-decadal oscillation. Climate change can also result from external forcing when events outside of the climate system’s components nonetheless produce changes within the system. Examples include changes in solar output and volcanism.

Human activities can also change the climate and are presently driving climate change through global warming. There is no general agreement in scientific, media, or policy documents as to the precise term to be used to refer to anthropogenically forced change; either “global warming” or “climate change” may be used. The first describes the average effect on a global scale, whilst the second describes how different geographical regions are affected differently.

The field of climatology incorporates many disparate fields of research. For ancient periods of climate change, researchers rely on evidence preserved in climate proxies, such as ice cores, ancient tree rings, geologic records of changes in sea level, and glacial geology. Physical evidence of current climate change covers many independent lines of evidence, a few of which are temperature records, the disappearance of the ice, and extreme weather events.

Francesco Rocca is President of the International Federation of Red Cross and Red Crescent Societies.

Adapted with slight editorial adjustments from: Forward to the Climate Report, The Cost of Doing Nothing; Download the full report at www.ifrc.org/costofdoingnothing.