The Date of the Lunar Landings 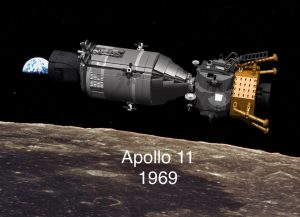 “The Hour (of Doomsday) has drawn near and the Moon has split.” (Al-Qamar, 1)

The word “Qamar” means “Moon,” and the word “Moon” appears in the first verse of Surat al-Qamar. There are 1390 verses from that verse to the end of the Qur’an. The year 1390 in the Islamic calendar corresponds to 1969 AD, the date of the lunar landings. This, one of the greatest landmarks in human history, was indicated 14 centuries beforehand. (Allah knows the truth.)

In addition, the word “inshaqqa,” meaning “split,” is used in this verse. The word is derived from the root “shaqqa,” meaning “to plow, dig up, to turn the soil…” In the same way, the Apollo 11 spacecraft that went to the Moon also took specimens of lunar dust back to Earth. In that sense, the term “the Moon has split” is consistent with developments in the present day.