Different Points in the Rising and Setting of the Sun 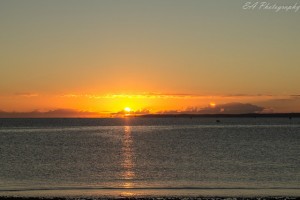 The further away from the equator that person is the more different points he will identify for the dawning and closing of the day.

“Lord of the heavens and the earth and everything between them; Lord of the Easts.” (As-Saffat 37:5)

As can be discerned, the words east and west are used in the plural sense in the above verses. For instance, the word “mashariq,” used in the first verse for “east,” and the word “magharib” used for “west,” are in plural form, indicating that there are two of each. The words “mashriqayn” and “maghribayn” in the last verse are used for two easts and two wests. “Mashariq” and “magharib” also mean the place where the Sun rises and sets.

The above verses are therefore referring to different sites of the dawning and closing of the day. It is also worthy of note that the vow is taken by the Lord of “the easts and wests” in the first verse.

Someone at the equator, however, will always observe that the Sun rises exactly in the east and sets exactly in the west, since the Sun’s rays always fall perpendicularly there. Bearing in mind that the Arabian Peninsula is not that far from the equator, it would appear impossible for such an observation to be made there. That is because someone in that region would see that the Sun always rises at the same point, and always sets at the same point. The expression regarding east and west in the above verses may be indicating the Sun rising and setting at different points. (Allah knows best.)