The Electrical Order in Our Bodies 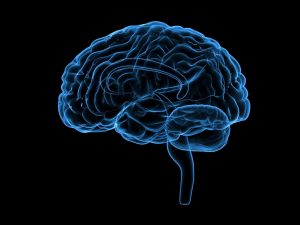 In order to survive, in short, the human body employs electrochemical systems.

The Electrical Order in Our Bodies

Your body is like a machine that requires regular maintenance every day and works through electricity. When you move a muscle, electrical discharges take place.

In fact, all chemical changes are based on electricity, through electrons being transferred, shared or altered at the molecular level. There are practically no non-electrical systems in the human body. Even when you lie down to rest, complex duties beyond your control continue to be performed regarding energy production: your heartbeat, the oxygen reaching your lungs, and more cellular activities than can ever be numbered.

The most important of these advantages is biological systems’ ability to repair themselves. Should you cut your finger, for instance, the wound will heal itself within a short time. Again there is an electrical sequence behind the systems that permit this to happen. This feature does not exist in—nor can it be replicated by—any artificial machine.

Another advantage of the electrical system within your body is its multi-faceted activity. Circulation, the immune system, motion, communication, digestion, excretion—all these functions take place thanks to the nervous system. Man-made electrical devices, on the other hand, are generally restricted to one or at most, several similar functions: such as air-conditioning, heating, mixing, or sweeping—but despite this, they consume high levels of energy. The electrical energy used by the body—despite its being used to operate so many different systems—is at exceedingly low levels.

In the electrical equipment, we use in everyday life, the strength of the electricity used—that is, the voltage level—needs to be kept at a specific level. However, these levels are regulated not by the machine itself, but once again, adjusted by special, man-made devices. Adaptors and voltage regulators are used to ensure a balanced flow. Otherwise, the machine’s entire operations will be impaired.

In the human body, however, all these adjustments are carried out without your even being aware of them.

In addition, the production and use of electricity in our bodies goes on non-stop. Even when the body is resting, the flow of minute electrical signals continues constantly, in intervals as short as 1/1000 of a second. Electrical devices generally have a life span of 10 to 20 years, and usually, need to be repaired and have new parts installed long before that. Yet apart from under very exceptional circumstances, the human body’s electrical system functions for an entire lifetime, never resting and never giving out.

The body’s various systems, and even single nerve cells—none of which can be replicated using human intellect and accumulated knowledge—are of such complexity as to prove that their existence cannot be the work of chance. In the absence of this electrical system, whose details we shall be examining throughout this book, the other systems in the body and its organs could not function so flawlessly.

Therefore, there can be no question of “stage by stage” development, one of the main claims of the theory of evolution, which maintains that living things came into being through the mechanism of chance.

Despite being an evolutionist, the biologist Hoimar von Ditfurth describes the impossibility of claims of chance in his book The Secret Night of the Dinosaurs:

The statistical impossibility of the living structures in question forming by chance is a popular and highly contemporary example of the current point of scientific development. Indeed, looking at the extraordinary properties of the formation of a single protein molecule that undertakes biological functions, it does appear impossible to explain the combining of many atoms, all in the right location and the right order and with all the correct electrical and mechanical features, as the result of chance.

The human body produces its own electricity. In order for any function to take place in the body, a signal must be sent to the relevant organ or tissue. If we are to survive, therefore, there can be no question of chance occurrences anywhere in our bodies.

That is because it is impossible to account in terms of chance for the way that millions of separate factors work together at exactly the right way, levels, with perfect timing, flawlessly and thoroughly, constantly without tiring and with superb coordination over 60 to 70 years.

Were each organ to act independently—were it to delay the commands reaching it or to give haphazard responses to them; were it to grow and function only when it chose to—then we would be unable to survive even for a moment in the chaotic environment that would result.

Moreover, just a brief delay or for just a few cells to create confusion would be enough to let such a chaotic environment arise. Indeed, evolutionists, with their claims regarding chance, are unable to conceal their amazement in the face of the immaculate order they encounter.

They have no reply to give when asked how these organs and systems emerged and appeared within the body, in just the right locations and just the right form and functions. Yet the answer is manifest: it is Allah, the Creator of all the worlds, Who has flawlessly brought them into being:

“He Who has created all things in the best possible way. He commenced the creation of man from clay; then produced his seed from an extract of base fluid! Then (He) formed him and breathed His Spirit into him and gave you hearing, sight and hearts. What little thanks you show?” (Al-Sajdah: 7-9)