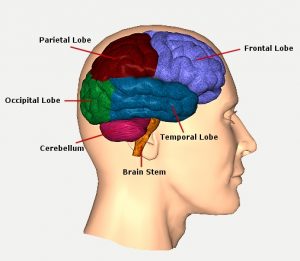 This fact which scientists have only discovered in the last 60 years, was stated by Allah in the Qur’an centuries ago.

The expression “the lying, sinful forelock” in the above verse is most interesting. Research carried out in recent years has revealed that the prefrontal area, which is responsible for the management of particular functions of the brain, lies in the frontal part of the skull. Scientists only discovered the functions of this area, which the Qur’an pointed out 1,400 years ago, in the last 60 years.

If we look inside to the brain at the front of the head, we will find the frontal area of the cerebrum. A book entitled Essentials of Anatomy and Physiology, which includes the results of the latest research on the functions of this area, says:

The motivation and the foresight to plan and initiate movements occur in the anterior portion of the frontal lobes, the prefrontal area. This is a region of association cortex…1

In relation to its involvement in motivation, the prefrontal area is also thought to be the functional center for aggression…2

It is clear that the statement “the lying, sinful forelock” corresponds completely to the above explanations. Again, this fact which scientists have only discovered in the last 60 years, was stated by Allah in the Qur’an centuries ago.