The Creation of Matter 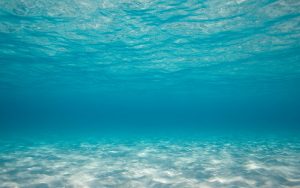 The atom, the building-block of matter, came into being after the Big Bang. These atoms then came together to make up the universe with its stars, the Earth and the Sun.

Afterwards, the same atoms established life on the earth, everything you see around you: your body, the chair you sit on, the book you hold in your hand, the sky seen through the window, the soil, the concrete, the fruits, the plants, all living things and everything that you can imagine have come to life with the gathering of atoms.

These things do not happen through the spontaneous combination of unconscious atoms, of course, but rather through Allah’s sublime Creation. Allah has ordained a glorious order and perfect equilibrium in both the atom and in all things composed of atoms, in the whole world in other words.

What then is the atom, the building block of everything, made of and what kind of a structure does it have?

When we examine the structure of atoms, we see that all of them have an outstanding order. In general terms, every atom has a nucleus in which there are certain numbers of protons and neutrons. In addition to these, there are electrons which move around the nucleus in a constant orbit with a speed of 1,000 km per second. Electrons and protons of an atom are equal in number because positively charged protons and negatively charged electrons always balance each other. If one of these numbers were different, there would be no atom, since its electromagnetic balance would be disturbed.

An atom’s nucleus, the protons and the neutrons in it, and the electrons around it are always in motion. These revolve both around themselves and each other unerringly at certain speeds. These speeds are always proportionate to each other and provide the subsistence of the atom. No disorder, disparity, or change ever occurs.

It is very remarkable that such highly ordered and determined entities could come into being after a great explosion that took place in non-being. If, as maintained by materialist scientists, the Big Bang were an uncontrolled, coincidental explosion, which is actually out of the question, then it ought to have been followed by random events and everything that formed subsequently ought to have been dispersed disorderly.

In fact, a flawless order has prevailed at every point since the beginning of the existence of the universe. For example, although atoms are formed at different places and times, they are so organized that they seem as though they were produced from a single factory with an awareness of each kind. First, electrons find themselves a nucleus and start to turn around it.

Later, atoms come together to form matter and all these bring about meaningful, purposeful and reasonable objects. Ambiguous, useless, abnormal and purposeless things never occur. Everything from the smallest unit to the biggest component is organized and has manifold purposes.

All of this is solid evidence of the existence of Allah, our Creator, Who is exalted in power, and indicate the fact that everything comes into existence however He wants and whenever He wills. In the Qur’an, Allah refers to His Creation thus: