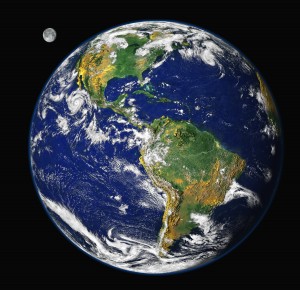 The electrostatic charge on the particle surface that appears after the water falls on the soil in sufficient amount would cause its instability and quivering movements.

“And you see the earth dead and barren. Then, when We send down water onto it, it quivers and swells and sprouts with luxuriant plants of every kind.” (Al-Hajj 22:5)

The Arabic word for “quivers” is “ihtazzat,” meaning “to set in motion, come alive, quiver, move, stir; the movement and stretching of a plant.” The word “rabat,” translated as “swells,” bears the meanings “to increase, grow in number, swell, grow, develop, rise (of a plant), provision, fill with air.” These words describe in the most appropriate manner the changes that occur in the molecular structure of soil during rain.

The motion described in the verse is different from the movement of Earth’s crust, such as when a portion of it moves to produce an earthquake, for it is only the soil particles that are moving. These particles are composed of layers, each of which is on top of the other. When water penetrates the layers, it causes the swelling of mud particles. The stages referred to in the verse can be scientifically explained as follows:

The above verse describes, in three stages, what happens when rain falls onto dry ground: the soil particles quiver, and the soil swells and then brings forth various products. These stages, which the Qur’an revealed 1,400 years ago, are strikingly parallel to the scientific descriptions. Another verse reveals this about plants:

“A sign for them is the dead land that We bring to life and from which We bring forth grain, of which they eat.” (Ya-Sin 36:33)