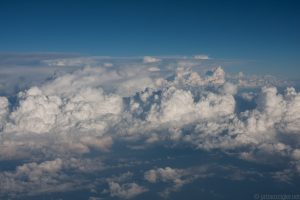 Verse 11 of Surat At-Tariq in the Qur’an, refers to the “returning” function of the sky.

The word “rajaai” interpreted as “return” in Qur’an translations has meanings of “sending back” or “returning.” As is known, the atmosphere surrounding the Earth consists of many layers. Each layer serves an important purpose for the benefit of life on Earth.

Research has revealed that these layers have the function of turning the materials or rays they are exposed to back into space or back down to the Earth. Now let us examine, employing a few fitting examples, this “returning” function of the layers encircling the Earth.

The presence of water is essential for life on Earth. One of the factors acting in the formation of water is the Troposphere, one of the layers of the atmosphere. The troposphere layer enables water vapor rising from the surface of the Earth to be condensed from whence it returns to the Earth in the form of rain.

Each layer of the atmosphere has beneficial attributes for human beings. For example, the Ionosphere layer, one of the upper layers of the atmosphere, reflects radio waves broadcast from a certain center back down to the Earth, thus enabling broadcasts to be received from long distances.

The troposphere, 13 to 15 kilometres above the Earth, enables water vapor rising from the surface of the Earth to be condensed and turned back as rain. The ozone layer, the lower layer of stratosphere at an altitude of 25 kilometres, reflects harmful radiation and ultraviolet light coming from space and turns both back into space.

The ionosphere reflects radio waves broadcast from the Earth back down to different parts of the world just like a passive communications satellite. Thus, it makes wireless communication, radio, and television broadcasting possible over long distances. The magnetosphere layer turns the harmful radioactive particles emitted by the Sun and other stars back into space before they reach the Earth.

The fact that this property of the atmosphere’s layers, that was only demonstrated in the recent past was announced centuries ago in the Qur’an, once again proves that the Qur’an is Allah’s Word.