The Scientific Precision of the Qur’an 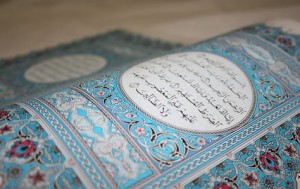 Dr Zaghloul Mohammad Al Najjar is an Egyptian scholar and a prominent figure in scientific miraculousness in the Quran, He had been chosen the Dubai International Holy Quran Award’s (DIHQA) Islamic Personality of 2006.

He has a PhD from Wales University in geology, specialising in micropalaeontology. He has worked in a variety of Universities around the world and currently is a Professor at King Saud University in Jeddah, Saudi Arabia.

The Topic: The Scientific Precision of the Qur’an

Prof Zaghloul Al-Najjar speaks to an audience regarding the scientific facts revealed in the Qur’an at Lecture Theatre, University Hospital of Wales Cardiff. 2nd Feb, 1999.