Was Adam the First Human Being and Prophet? 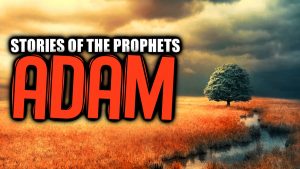 Adam, the first man, whom Allah specially created, was in all ways the same as contemporary man; He was in no way different.

The first man on earth was Adam, peace be upon him. Adam was also the first prophet. That is, Allah also sent a messenger to the very first community He created on earth and taught them their deen (religion) and how to become slaves devoted to Allah.

Allah taught Adam how to speak and all the names. This is related in the Qur’an as follows:

This is surely very important. Among all living things, only man has the faculty of speech. Speaking is a feature peculiar to human beings. Thanks to the fact that Allah initially gave this faculty to Adam, it became possible for man to know the objects around him and to give names to them.

The generations succeeding Adam could also speak, had feelings, felt sorry or excited, wear clothes, used tools and devices and had talent for music and the arts. Musical instruments such as the flute, wall drawings and some other objects that scientists have found with the remains of ancient human beings prove that they were people like us. In other words, contrary to the claims of some people, the first human beings had never been wild creatures, halfape/half-man.

You know that neither an ape nor any other being can speak, think or act like a human being. Allah gave all these faculties, especially to man.

But, some people who are not willing to accept the fact that the first human being was Adam put forward some claims of their own: They fabricated a false identity for the first human being. According to their imaginary scenarios, human beings and apes sprang from the same living thing, that is, they had a common ancestor, and evolved in time into their current states. If you ask how this unusual happening occurred, they give a single answer: “It happened by chance.” When you ask if there is any evidence to prove this claim, they provide none. To conclude, there is not a single remain proving that man evolved from another being. If you ask, “What are these remains from the past?,” there is a ready answer: Some living things leave traces behind when they die, and these traces, which we call fossils, remain for millions of years without changing.

However, for this to happen, that living thing must suddenly be entrapped in an oxygen-free environment. For instance, if a bird on the ground had been abruptly covered by a heap of sand millions of years ago, the remains of that bird could have survived to our day. Similarly, there are substances secreted by trees called resins. Sometimes, this honey-like substance covers an insect and turns into the hard material called amber, which preserves the dead insect for millions of years. This is the way we gather information about living beings of ancient times. These remains are called “fossils.”

Those who suggest that the first human being came into existence from an ape-like creature can never provide any fossils proving this claim. In other words, no one has ever found a fossil belonging to an unusual creature that was half-ape/half-human. But these people have produced false fossils, pictures, and drawings to cover up this falsehood, and have even put them into school textbooks. All these frauds were gradually uncovered one by one and made public as scientific frauds. Because such people are unwise and obstinate, it is almost impossible for them to accept Allah’s existence and to realize that He creates everything.

Although the number of such people is diminishing steadily, there are still some who strive to disseminate their flawed views through periodicals, books, and newspapers, and also in schools. To make people believe in their flawed views, they insist on their arguments and assert that they have scientific validity. However, each piece of research done and evidence provided by intelligent scientists prove that the ape did not evolve into man.

Adam, the first man, whom Allah specially created, was in all ways the same as contemporary man; He was in no way different. These are the facts Allah communicates to us in the Qur’an.