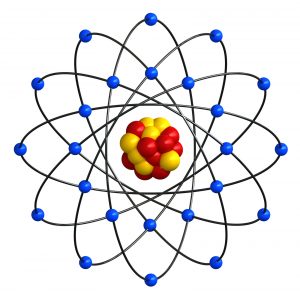 A living cell is formed by the arrangement of inanimate atoms in a very special design.

Think about a lump of rock and a butterfly; one is inanimate, the other is animate. Yet, when we delve into their essences, we see that both are made up of the same sub-atomic particles.

The following example may be more explanatory regarding the impossibility of inanimate matter transforming by itself into animate matter: can aluminum fly? No. If we mix aluminum with plastic and gasoline, can it fly? Of course it still cannot. Only if we bring together these materials in a way so as to form an airplane, can they fly.

So, what makes an airplane fly? Is it the wings? The engine? The pilot? None of these can fly by themselves. In fact, an airplane is manufactured by the assemblage in a special design of different pieces each of which has no ability to fly. The ability to fly is derived neither from aluminum, nor plastic, nor gasoline. The specifications of these substances are important, but the ability to fly can only be gained by bringing these substances together in a very special design.

Living systems are no different. A living cell is formed by the arrangement of inanimate atoms in a very special design. Faculties of living cells, such as growth, reproduction and others, are results of perfect design rather than the properties of molecules. The design we find at this point is only Allah’s creating the living from the dead:

“Allah is He Who splits the seed and kernel. He brings forth the living from the dead, and produces the dead out of the living. That is Allah, so how are you perverted?” (Al-An’am: 95)

Only Allah, the Almighty and the Wise can give life to an inanimate substance, that is, create a living being. Living systems have such complex structures that it is still not fully understood how they operate despite the technological facilities available today.

However, there is a reality that is understood by the help of the science that made outstanding progress accompanied by a powerful technology that advanced in a devastating way in the 20th century. Living beings have extremely complex structures. When the theory of evolution was advanced in the middle of the 19th century, scientific research conducted with primitive microscopes had then created the impression that the cell was just a simple lump of matter.

In the 20th century, however, observation and research made by the use of advanced instruments and electron microscopes revealed that the cell, which is the building block of living things, has an extremely complex structure that could only have been formed as a result of perfect design. Most importantly, this research showed that it is absolutely impossible for life to arise spontaneously out of inanimate matter. The source of life is life alone.

This fact has been proved experimentally, too. This is a problem evolutionists can never resolve. For this reason, instead of presenting scientific evidence, renowned evolutionary scientists, who are at a great impasse, tell tales which amount to nothing but window-dressing. They put forward totally illogical and unscientific claims that matter has a consciousness, ability and will of its own. Yet, they themselves do not believe these absurd tales either and they are eventually forced to confess that the main questions that need to be answered cannot be answered scientifically.

There was once a time before our life, when the Earth was barren and utterly desolate. Our world is now overflowing with life. How did it come about? How, in the absence of life, were carbon-based organic molecules made? How did the first living things arise? How did life evolve to produce beings as elaborate and complex as we, able to explore the mystery of our own origins?

The outstanding evolutionary mystery now is how matter has originated and evolved, why it has taken its present form in the universe and on the earth, and why it is capable of forming itself into complex living sets of molecules.

As the evolutionary scientist above confesses, the basic purpose of the theory of evolution is to deny that Allah created living beings. Although the Truth of Creation is obvious at every point of the universe and it has been definitively shown that each detail is the product of a design too perfect to have come about coincidentally, evolutionists turn a blind eye to this fact and flounder in intellectual vicious circles.

Instead of believing this truth, however, evolutionary scientists prefer talking about the talents of dead matter and how inanimate bodies have transformed themselves into animate organisms. While closing their eyes to the truth, these scientists unknowingly put themselves to shame. It is obvious that claiming that atoms have some kind of a gift and that they use this gift to transform themselves into animate systems has nothing to do with reason.