Can Evolution Explain the Human Soul? 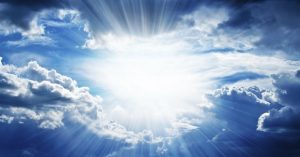 All evolutionists, Darwin included, are well aware of this. Here are a few examples of evolutionist admissions on this subject

Can Evolution Explain the Human Soul?

Another subject that evolutionists cannot explain is how, during the process of evolution, humans acquired characteristics that separate them from all other life forms. Human beings are conscious entities possessed of free will, able to think, speak, reason, take decisions and make judgments.

All these characteristics are processes belonging to the human soul, which is the main feature creating the enormous gulf between humans and other animals.

Man is the only living thing in nature with a soul, and no supposed mechanism of evolution can account for the features of the soul and its formation.

All evolutionists, Darwin included, are well aware of this. Here are a few examples of evolutionist admissions on this subject:

“We have seen in the last two chapters that man bears in his bodily structure clear traces of his descent from some lower form; but it may be urged that, as man differs so greatly in his mental power from all other animals, there must be some error in this conclusion.”

“The question today that cannot easily be answered is this: Do we know the natural factors directing the course of human evolution? To put it another way, under the effect of what natural conditions did nature turn towards the conscious entity, with cultural activity, we refer to as “man”?

Darwin restricts natural selection, which he proposed as a propulsive force, to the formation of new species and forms on the biological level. He regards various factors affecting the emergence of the various activities we refer to as culture and civilization during the process of developing the emotional, mental and moral attributes we see in their clearest form in humans. Man is not only the biological product of natural selection but also of progress in the psychological, moral and cultural spheres.

However, it is far from clear how the aimless, mechanical process of natural selection, can have led to such extraordinary advances. We cannot even say that Darwin provided a satisfactory resolution of this difficulty.

Moral (ethical) behaviour is not a natural form of behaviour, but a cultural one unique to man alone. We know that Darwin failed to see that distinction sufficiently clearly. If he had seen it, he would not have gone down the road of locating certain activities rooted in the human mind and moral awareness within a biological evolutionary framework.

In his view, “thought” was something to be seen as totally related to the brain. “In the same way that gravity is a feature of matter, so thought is a characteristic of our brains,” says Darwin. But is this equation, which confuses physiology and psychology, strictly accurate?… At this point, it is clear that Darwin is in error.”

Hoimar Von Ditfurth is a German professor of neurology and a well-known evolutionist science writer:

“We are unable to provide any answer to how consciousness, the soul, reason and emotion came into being along the path of natural history and genetic development. Because the psychic-awareness dimension, at least in this world, is currently the highest level attainable by evolution. Therefore, although we can look at steps and stages beyond evolution, again with the help of our consciousness, and look down on them from the outside, we are devoid of the means of adopting such an approach towards the soul itself. Because there is no superior attribute to the soul we possess. In the words of evolutionary theoreticians, we have no equation by which we can perceive and understand the soul as a whole.”

“In the physical realm, any theory of human evolution must explain how it was that an ape-like ancestor, equipped with powerful jaws and long, dagger-like canine teeth and able to run at speed on four limbs, became transformed into a slow, bipedal animal whose natural means of defence were at best puny. Add to this the powers of intellect, speech and morality, upon which we “stand raised as upon a mountain top” as Huxley put it; and one has the complete challenge to evolutionary theory.”

The Qur’an speaks about the human soul and shows that no one knows the real essence of that soul as saying,

And, the Qur’an speaks about the creation of man and the human soul in such verses such as the following:

“By the fig and the olive;

And [by] Mount Sinai;

And [by] this secure city [Makkah],

We have certainly created man in the best of stature;

Then We return him to the lowest of the low,

Except for those who believe and do righteous deeds, for they will have a reward uninterrupted.

So what yet causes you to deny the Recompense?

One thought on “Can Evolution Explain the Human Soul?”