How Do Colorful Plants Emerge from Soil? 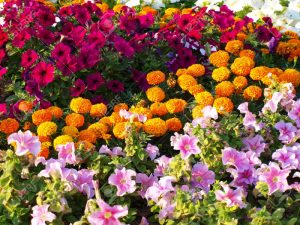 These people try to confuse others by saying things that are not true.

How Do Colorful Plants Emerge from Soil?

Your parent prepares your meal every day and brings it to the table. There are different types of vegetables and fruit on the table. Well, did you ever wonder where they all come from?

All plants, flowers, fruit and vegetables grow in dark soil. So, how do beautifully scented red roses or strawberries, or wonderfully scented, water-filled yellow lemons emerge from the dark soil, which does not smell so good?

Each plant, vegetable, flower and fruit has different smells, colors and tastes. Apricots, peaches, watermelons, oranges, cherries, strawberries, bananas, grapes, and figs have each different taste, smell and shape. Allah has created them all for us. All of them are delicious, and at the same time, have the vitamins and the minerals that are essential for us. There are different fruits for winter and summer, each one meeting our needs.

The oranges, tangerines and grapefruits, for instance, that come out in winter have an abundance of vitamin C. Vitamin C increases the strength of our body against the winter’s cold. During the summer, juicy fruits such as watermelons, cherries, cantaloupe and peaches come out. In the summer, the weather becomes hot, causing our bodies to lose water, and we are able to replace this water with the help of these fruits.

None of these have happened by accident. The watermelon hasn’t decided by itself, all of a sudden, to emerge during the summer. Neither did the tastes and smells of all of these fruits just happen. No fruit could decide its scent. Could an orange, for instance, decide, “let my scent be this”, “let my color be orange”, “let me be sweet”, “let me shield my pieces with a cover” and “let me divide into slices, so that people can eat me with ease”?

Allah creates fruit for people with such features that are more beneficial for them, so that they will continue to be strong and healthy, and enjoy the fruit they eat. For this reason, when we eat something we like, we must never forget that Allah created it and gave it to us. We must thank Allah for the beautiful things that He has given us and shown us.

So far, we have mentioned our planet, our bodies and the living creatures on earth. We asked, “How could all of these have occurred?” Just think, earth was created and there was nothing on it, and then all of a sudden living things appeared on it. In the seas, there were the fish and the seaweed, and on land humans, lions, cats and ants started to appear. A bird started to fly in the sky from nowhere. How could all of these creatures have suddenly appeared?

Obviously, Allah has created all of them.

Allah is the Creator of everything that we see around us.

Allah first created the universe and then our planet. After that, He created the animals, plants and human beings. It is very easy for Allah to create all of these, because He is very Powerful. Allah can do what He wants in an instant.

As we told you before, some people do not want to accept a truth that is so clear. These people called “evolutionists”, say that, “everything happened on its own”.

This is nonsense. What do you think when you come home and see a freshly baked cake? Do you not say, “Hmm, my mother has baked a cake”? This means that if there is something concrete we can see, then there must have been someone who made it.

Do you know what the lie that these evolutionists tell is like? It is just like saying, “No one baked that cake in the kitchen; it baked itself by accident”. What would you answer if you heard this? You would probably say, “What nonsense, could a cake bake itself? Someone must have baked it.” What if the person next to you still insists and says: “The screws of the kitchen cupboards became loose and the cupboards started to rock. During this rocking, the flour, butter, sugar and cocoa fell from them and mixed.

They mixed in just the right proportions. That is to say that everything was just the right amount, the sugar, the cocoa… While the mix was falling off the cupboard, it just happened to directly fall into a baking dish that was standing exactly at the point of their fall. Just at that moment, an earthquake took place, and I don’t know how the dish got into the oven, but it just did. Even all these coincidences are still not enough to bake the cake.

There had to be another coincidence and that is that the oven had to be at the correct temperature setting. Right then, another thing happened by chance: the oven’s dial turned on and then later it turned off by itself at the precise moment the cake was done, and so the oven turned itself off before the cake was burned.”

Do you think that anyone would believe such a story? Of course, nobody would!

Then think for a moment: to form the sun, stars, seas, lakes, mountains, fish, cats, rabbits and human beings is a lot harder and more complex than producing a cake, but even a cake could not occur by itself through chance. Then to say that the sun or humans have come about on their own is very foolish. If there is someone baking the cake, then there is a very Intelligent Being Who has created the sun and humans. This Being is Allah, our Lord.

Evolutionists don’t believe in the presence of Allah and say, “everything happened on its own”. These people try to confuse others by saying things that are not true.

However, when a person says things that are not true, the falsehood that he tells becomes apparent. If the person across from him were smart, he would immediately understand that the other one is not telling the truth. These evolutionists have many loopholes in their tall tales.