The Disasters Darwinism Brought to Humanity 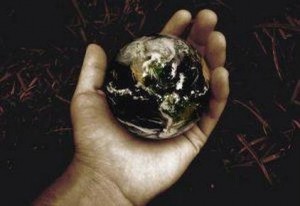 The Disasters Darwinism Brought to Humanity

The Bringers of Pain to the 20th Century

The 20th century, which we have just left behind us, was a century of war and conflict, leading to disasters, pain, massacres, poverty, and enormous destruction. Millions of people were killed, massacred, abandoned to hunger and death, and left without home or shelter, protection, or support. And all for nothing: in the name of serving deviant ideologies. Millions were left exposed to inhuman treatment that not even animals should be allowed to suffer.

On nearly every occasion there were despots’ and dictators’ signatures beneath all the suffering and disasters: Stalin, Lenin, Trotsky, Mao, Pol Pot, Hitler, Mussolini, Franco While some of these men shared the same ideology, others were enemies to the death. For the simple reason that their ideologies were opposed to each other, they dragged societies into conflict and turned brother against brother, having them start wars, throw bombs, burn and destroy cars, homes, and shops, and hold riotous demonstrations.

Putting weapons in their hands, they had them pitilessly beat the young, the old, men, women, and children to death or stand them against a wall and shoot them They were ruthless enough to hold a gun to a person’s head and, looking into his eyes, kill him, and crush his head with their feet, just because he supported another idea. They ejected people from their homes, whether women, children, or the elderly.

That is a short resume of the nightmares of the 20th century that we have just emerged from: people who supported conflicting ideas and who drowned mankind in pain and blood in the name of supporting these ideologies.

Fascism and Communism come at the head of the ideologies that caused mankind to suffer those dark days. These are seen as enemies, as ideas that tried to destroy each other. In actual fact, there is a most interesting truth here: for these ideologies were nourished by a single ideological source, drew strength and support from that source, and, thanks to that source, were able to draw societies to their side. At first sight, this source has never drawn any attention, has always remained behind the scenes up until now, and has always shown people its innocent-looking face. That source is the materialist philosophy, and DARWINISM, the state of that philosophy as adapted to nature.

Darwinism emerged in the 19th century as the restating of a myth, dating back to the Sumerians and Ancient Greece, by the amateur biologist Charles Darwin and has since then formed the fundamental idea behind all the ideologies that have been harmful to mankind. Wearing a so-called scientific mask, it allowed these ideologies and their supporters’ practical measures to win a false legitimacy.

By means of this false legitimacy, the theory of evolution soon left the fields of knowledge of biology and paleontology and began to comment on fields from human relations to history and to influence fields from politics to social life. Because some particular claims of Darwinism supported several currents of thought which began to come into motion and take shape in the 19th century, it gained wide support from these circles. In particular, people began trying to apply the idea that there is a “fight for survival” among living creatures in nature, and as a result, the idea that “the strong survive, the others are defeated and disappear” began to be applied to human thought and behavior.

When Darwinism’s claim that nature was a place of struggle and conflict began to be applied to human beings and societies, Hitler’s deviation of building a master race, Marx’s claim that “the history of mankind is the history of class struggle,” capitalism’s provision for the “strong growing even stronger at the expense of the weak,” the colonisation of third world countries by such imperialist nations as Britain and their suffering inhuman treatment, together with the fact that colored people still face racist attacks and discrimination, all found some kind of justification.

Despite his being an evolutionist, Robert Wright, the author of the book The Moral Animal summarises the disasters that the theory of evolution has brought to the history of mankind in this way: Evolutionary theory, after all, has a long and largely sordid history of application to human affairs. After being mingled with political philosophy around the turn of the century to form the vague ideology known as “social Darwinism,” it played into the hands of racists, fascists, and the most heartless sort of capitalists.

As will be seen in this book and from the evidence it contains, Darwinism is not just a theory which attempts to explain the origin of life and which is restricted to the field of scientific knowledge. Darwinism is a dogma still stubbornly defended by the supporters of certain ideologies, despite the fact that it has been proven totally invalid from the scientific point of view. In our day many scientists, politicians, and men of ideas, whether aware or not of Darwinism’s dark face, lend their support to this dogma.

If everyone comes to know the scientific invalidity of this theory, which acts as an inspiration for cruel dictators, and ruthless, inhuman, and self-centered mentalities and currents of thought, that will spell the end of these harmful ideologies. Those who do and systematize evil will be unable to defend themselves by saying, “But this is a law of nature.” They will have no more so-called scientific backing for their self-centered, selfish, and pitiless worldview.

Once the idea of Darwinism, the root of harmful ideologies, is finally overturned, only one truth will remain. That is the truth that all human beings and the universe itself were created by Allah (God). People who understand this will also realize that the only reality and the only truth are in the holy book He sent down to us. When a large majority of people come to realize this truth, the pains, troubles, massacres, disasters, injustices, and poverty in the world will be replaced by enlightenment, openness, wealth, plenty, health and abundance.

For this, every false idea harmful to humanity must be conquered and left to rot by the holy idea which will bring beauty to mankind. To reply to stones by throwing others, to answer blows with blows, to answer the aggressor with more aggression is not a solution. The solution is to bring down the ideas of those who do these things and to explain, patiently and kindly, the one truth with which they must replace them.

The aim in writing this book is to show those who defend Darwinism without seeing its dark face, knowingly or unknowingly, what it is they are actually supporting, and to explain what their responsibility will be as long as they pretend not to see the truth of it. Another aim is to warn those who do not believe in Darwinism, but who also do not see Darwinism as a threat to humanity.