The Endosymbiosis Hypothesis and Its Invalidity 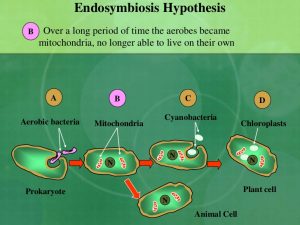 This hypothesis was put forward by Lynn Margulis in 1970 in her book The Origin of Eukaryotic Cells.

The Endosymbiosis Hypothesis and Its Invalidity

The impossibility of plant cells’ having evolved from a bacterial cell has not prevented evolutionary biologists from producing speculative hypotheses. But experiments disprove these.1 The most popular of these is the “endosymbiosis” hypothesis.

This hypothesis was put forward by Lynn Margulis in 1970 in her book The Origin of Eukaryotic Cells. In this book, Margulis claimed that as a result of their communal and parasitic lives, bacterial cells turned into plant and animal cells. According to this theory, plant cells emerged when a photosynthetic bacterium was swallowed by another bacterial cell. The photosynthetic bacterium evolved inside the parent cell into a chloroplast. Lastly, organelles with highly complex structures such as the nucleus, the Golgi apparatus, the endoplasmic reticulum, and ribosomes evolved, in some way or other. Thus, the plant cell was born.

As we have seen, this thesis of the evolutionists is nothing but a work of fantasy. Unsurprisingly, it was criticized by scientists who carried out very important research into the subject on a number of grounds: We can cite D. Lloyd, 2 M. Gray and W. Doolittle, 3 and R. Raff and H. Mahler as examples of these.

The endosymbiosis hypothesis is based on the fact that the mitochondria of animal cells and the chloroplasts of plant cells contain their own DNA, separate from the DNA in the nucleus of the parent cell. So, on this basis, it is suggested that mitochondria and chloroplasts were once independent, free-living cells. However, when chloroplasts are studied in detail, it can be seen that this claim is inconsistent.

A number of points invalidate the endosymbiosis hypothesis:

1- If chloroplasts, in particular, were once independent cells, then there could only have been one outcome if one were swallowed by a larger cell: namely, it would have been digested by the parent cell and used as food. This must be so, because even if we assume that the parent cell in question took such a cell into itself from the outside by mistake, instead of intentionally ingesting it as food, nevertheless, the digestive enzymes in the parent cell would have destroyed it. Of course, some evolutionists have gotten around this obstacle by saying, “The digestive enzymes had disappeared.” But this is a clear contradiction, because if the cell’s digestive enzymes had disappeared, then the cell would have died from lack of nutrition.

2- Again, let us assume that all the impossible happened and that the cell which is claimed to have been the ancestor of the chloroplast was swallowed by the parent cell. In this case we are faced with another problem: The blueprints of all the organelles inside the cell are encoded in the DNA. If the parent cell were going to use other cells it swallowed as organelles, then it would be necessary for all of the information about them to be already present and encoded in its DNA. The DNA of the swallowed cells would have to possess information belonging to the parent cell. Not only is such a situation impossible, the two complements of DNA belonging to the parent cell and the swallowed cell would also have to become compatible with each other afterwards, which is also clearly impossible.

3- There is great harmony within the cell which random mutations cannot account for. There are more than just one chloroplast and one mitochondrion in a cell. Their number rises or falls according to the activity level of the cell, just like with other organelles. The existence of DNA in the bodies of these organelles is also of use in reproduction. As the cell divides, all of the numerous chloroplasts divide too, and the cell division happens in a shorter time and more regularly.

4- Chloroplasts are energy generators of absolutely vital importance to the plant cell. If these organelles did not produce energy, many of the cell’s functions would not work, which would mean that the cell could not live. These functions, which are so important to the cell, take place with proteins synthesized in the chloroplasts. But the chloroplasts’ own DNA is not enough to synthesize these proteins. The greater part of the proteins are synthesized using the parent DNA in the cell nucleus. 4

While the situation envisioned by the endosymbiosis hypothesis is occurring through a process of trial and error, what effects would this have on the DNA of the parent cell? As we have seen, any change in a DNA molecule definitely does not result in a gain for that organism; on the contrary, any such mutation would certainly be harmful. In his book The Roots of Life, Mahlon B. Hoagland explains the situation:

You’ll recall we learned that almost always a change in an organism’s DNA is detrimental to it; that is, it leads to a reduced capacity to survive. By way of analogy, random additions of sentences to the plays of Shakespeare are not likely to improve them! …The principle that DNA changes are harmful by virtue of reducing survival chances applies whether a change in DNA is caused by a mutation or by some foreign genes we deliberately add to it. 5

The claims put forward by evolutionists are not based on scientific experiments, because no such thing as one bacterium swallowing another one has ever been observed. In his review of a later book by Margulis, Symbiosis in Cell Evolution, molecular biologist P. Whitfield describes the situation:

One thought on “The Endosymbiosis Hypothesis and Its Invalidity”